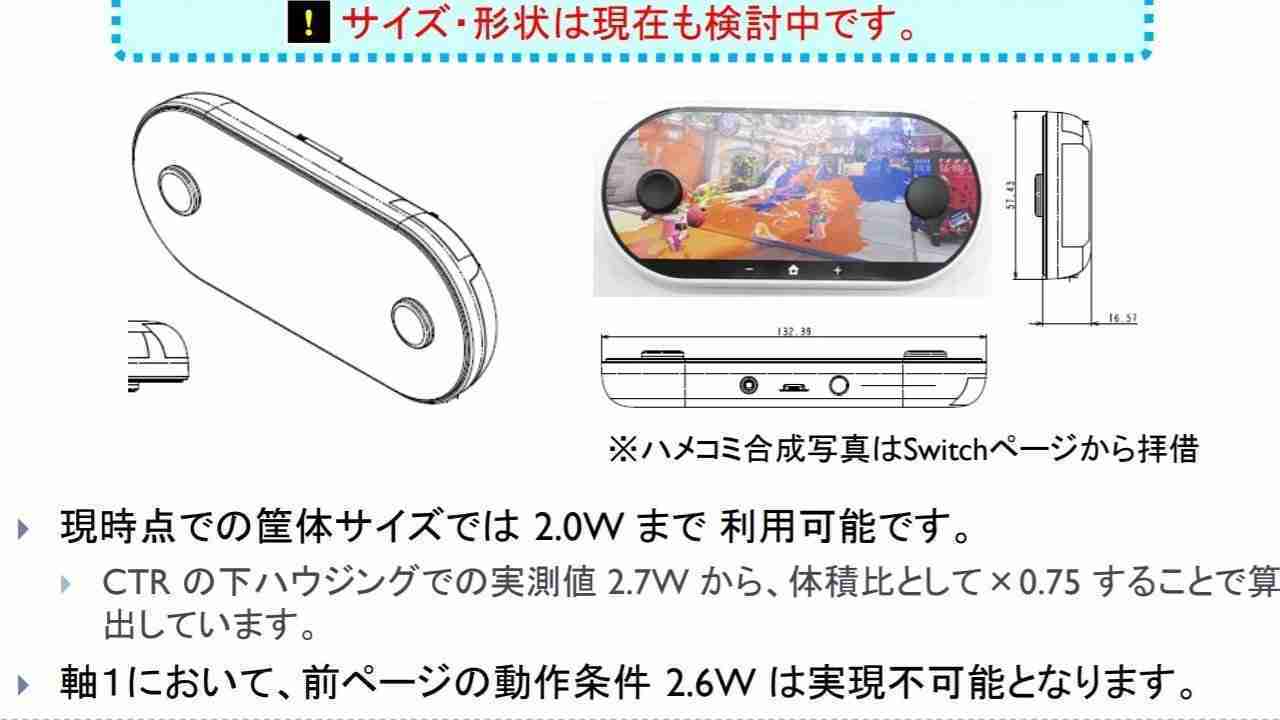 Just as 2020 is coming to a close, Nintendo has been hit with another leak as Switch prototype documents go out on the internet. For the uninitiated, this past summer, Nintendo was a victim of a huge server hack that led to the leaking of a lot of proprietary information which was dubbed the “Gigaleak.” There we found out that L is indeed real and got to see weird Yoshi prototype designs among other things. This leak however is more timely with information because the Nintendo Switch is still out on the market for sale. Here we can see early designs for the Nintendo Switch as well as cut features, some for the better and some for the worst.

The Nintendo Switch Prototype leak covers documents from 2014, which was before the system was finalized. The leaks come from Twitter users orcastraw and forestillusion. There we can see an early design (seen above) and learn about features that were planned but ultimately cut, most notably 3DS backwards compatibility.

So here is the roundup:

– The Switch name was finalized back in 2014
– Nintendo’s original Switch concept used an SoC (System on a chip) from AT Ericcson
– This console was to support 3D video and be backwards compatible with the 3DS
– StreetPass, SpotPass, and pedometer features were planned like the 3DS
– It was not decided, but the final device would sport one, or two screens, likely one
– This screen would cap out at 480p (final Switch is 720p)
– This device would be able to broadcast video through Miracast
– That could mean this concept would be for a portable console that does not dock into a TV, instead of displaying video to a TV wirelessly, while still having the unit usable, similar to the Wii U GamePad
– Switch powered by AT Ericcson would support video capture, with the ability to add video/audio “commentary”; you could then upload it to “Nintendo World”
– Datasheet outlines functionality for video and voice “conferencing” while playing a game
– The Switch would have dedicated hardware to facilitate the 3DS backwards compatibility which didn’t happen
– The Switch would have 1 gigabyte of RAM which thankfully we got 4 gigabytes of RAM in the final version
– It also would support 480p video on the cameras
– It would possibly allow you to resume play from Sleep Mode by pressing a gesture, although this wasn’t finalized, as the Sleep Mode section doesn’t have an “OK” on it.

So things didn’t quite turn out the way things were originally planned, but that’s usually how things are with technology. Nintendo ended up partnering with NVIDIA, and even with this list of dropped features, the final product was great. We ended up with a system that is portable but can also be easily docked and connected to a TV, I’m sure there had to have been issues with latency when casting a console-like experience to a TV. The SoC from NVIDIA, the extra RAM, and better quality screen was a huge win for gamers that wanted console-quality games on the go. It would have been great if there was a 3DS cartridge slot and StreetPass but those things would have likely added more to the price and Nintendo was really aiming to hit the $299 price point and the technology that they already packed in there was plenty as proved by the runaway success the Nintendo Switch is currently seeing.

For more Nintendo news check out our rundown on the latest Indie World presentation and for everything else, keep it locked to LV1 Gaming.