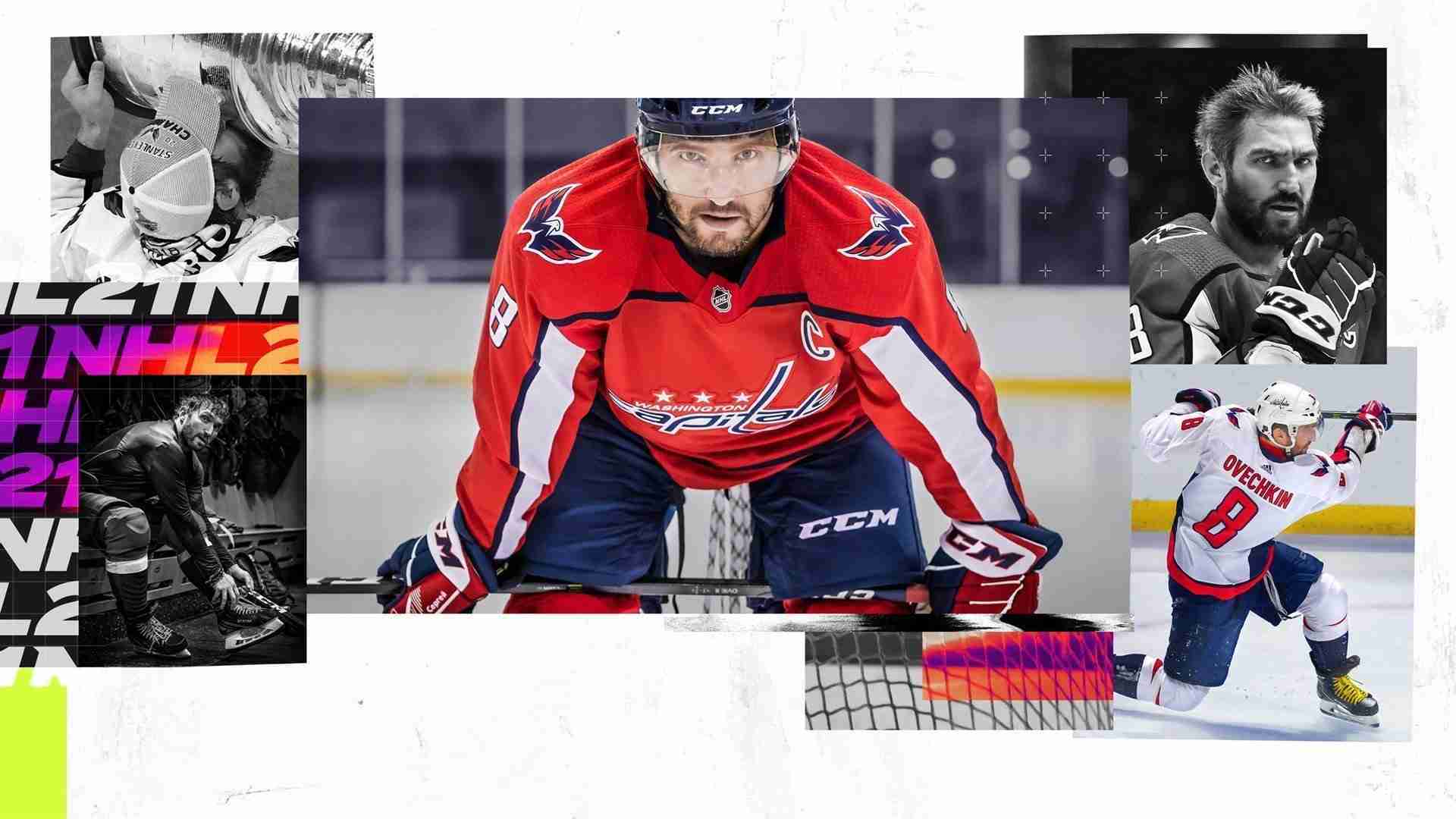 Due to the coronavirus, the recent NHL season was drastically altered. An extended break followed by a “bubble” environment for the playoffs recently concluded with the Tampa Bay Lightning crowned as Stanley Cup Champions. Even though the NHL season just ended, EA Sports has just pushed out the most recent offering in its long-running hockey video game franchise, NHL 21. While the start of the next real-life NHL season is uncertain, developer EA Vancouver has once again delivered a quality hockey game to occupy fans of the sport.

Platform Tested: Xbox One X (Also available for PS4 consoles. NHL 21 will be playable on Xbox Series X/S and PlayStation 5, but no next-generation upgrades are planned for the title.)

Disclosure: The reviewer purchased a copy of the game with his own funds. Information contained within this review is accurate as of the published date.

NHL 21 represents a slight improvement in visuals over last year’s game. Textures on players’ jerseys seem more detailed. Additionally, the on-ice reflections seem to have a bit more “pop” to them and appear more vibrant compared to NHL 20. However, these are the types of changes that are difficult to notice at a first glance. This is not to say that NHL 21 is a bad looking game. On the contrary, it looks great, especially when played with one of the broadcast cameras angles. Another plus is that the game runs at a solid clip and rarely drops frames on the Xbox One X.

There are some issues with the game’s visuals, though. For one, most of the AHL players’ faces all look similar, if not outright alike. Accurate face modeling for the NHL, AHL, ECHL, and various other leagues would have been a huge undertaking for EA Vancouver, but I would have liked to have seen more variety. Even some of the NHL player likenesses are still a bit off. Another demerit is that the game’s overall presentation is virtually unchanged from last year.

A huge improvement is the new animations present in the game, but I will cover that in more detail in the Gameplay section. As it stands, while it may not look drastically different from its predecessor and even though there are some minor gaffes, NHL 21 is still a very good-looking sports game.

Sadly, EA Sports is not planning any targeted, specific visual enhancements for next-generation consoles. I do plan on testing this game on the Xbox Series X and will update this review as appropriate if I notice any significant visual or performance upgrades as a result of the game running on the more powerful hardware.

It is in the on-ice gameplay where NHL 21 truly shines. EA Vancouver has ironed out the weird passing issues and heavy movement from the technical test that took place in early September. The result is a fast, fluid game of hockey that is big on the action.

The shooting mechanics are mostly unchanged from NHL 20, but they are still excellent. A targeting system combined with skillful stick work will allow you to place the puck virtually anywhere on the net. Pinpoint passes are easy to execute by holding the pass button and aiming with the left stick. Most games played on the “traditional” setting have an exciting feel. You will have your heart in your throat during tight games, and yell in exasperation as your beautifully set up one-timer dings off the post.

Part of what makes NHL 21 so great to play is the new animations. New juke animations and player interactions improve the flow of the game. Superstar animations, such as Sidney Crosby’s bank off the bank of the net and Andrei Svechnikov’s famous lacrosse goal are all accounted for. These moves are risky to pull off but doing so successfully will net you some serious style points to go along with your goal. Perhaps most improved are the goalie animations. Goalies in NHL 21 have more save animations, lending a more realistic feel. Furthermore, the transitions between save animations are more fluid and organic. This results in less robotic movement and better reaction time from goaltenders if they give up a rebound or are otherwise caught out of position.

The AI is also much improved in NHL 21. Skaters do a much better job of finding open ice on offense, especially in two-on-one situations and playing close to the net. On defense, forechecking logic seems more aggressive, and defenders respond more quickly to dump-and-chase situations.

Deficiencies arise with the gameplay modes that are on offer. Season and Franchise—the two main single-player modes—are unchanged from NHL 20 and even NHL 19. Hockey Ultimate Team (HUT) is the same money-grabbing endeavor present in all of EA Sports’ titles. Most of the attention has been given to the World of Chel and Be a Pro mode, which I will touch on in the Multiplayer and Story sections of this review.

It is hard to find any complaints about how NHL 21 plays on the ice. The number of refinements to the animations and AI represents a significant upgrade over last year’s NHL 20, even if the main single-player modes did not get much attention.

Commentators Ray Ferraro and James Cybulski do a commendable job of calling the action. Their commentary usually fits the in-game situation at hand. Unfortunately, they do tend to repeat lines, and much of their commentary does seem reused from last year’s game.

The on-ice sounds such as slapshots and hits are appropriately punchy. In particular, the goal horns are a highlight. They sound loud and powerful, and you will want to crank the volume after each goal. As with the player faces, I am disappointed that unique goal horns were not included for the AHL teams. As a Hershey Bears fan, I wish the developers could have incorporated the team’s unique goal horn and “B-E-A-R-S, Bears, Bears, Bears!” chant into the game. I realize this is not realistic given a large number of teams but giving the player an option to customize goal horns, in this case, would have been an acceptable solution.

The soundtrack consists mostly of modern rock music from groups like AWOLNATION and The Wrecks. It is not really my taste, but it fills in the arena music well enough.

Standard multiplayer games are as tense as ever. You will be clutching your controller much tighter than you will during single-player games. The games that I played were mostly trouble-free. Matchmaking is quick. I also did not experience any game-breaking bouts of lag, and latency is acceptable.

The highlight multiplayer experience of NHL 21 is found within the World of Chel mode. The best of this mode for me was Ones, which is essentially a 1 v. 1 v. 1 three-player mode. For me, this was the most fun multiplayer mode. It is essentially akin to a “free for all” type of mode in other multiplayer games and is very enjoyable to play. Elimination and standard 3 vs. 3 and 6 vs. 6 modes are also available. The World of Chel mode is enhanced by the deep character customization suite that you can use to create your player.

If you find yourself let down by NHL 21’s “same-y” season and franchise offerings, rest assured you’ll always be able to find some fast-paced fun within the game’s multiplayer suite.

One of the headlining features of NHL 21 is the Be a Pro mode, and this is where the story comes into play. This mode tasks you with creating your player and advancing in your hockey career. By virtue of your on-ice play and dialogue choices during cutscenes, you will rise the ranks on the ice and gain increased standing with your team. You have the option of entering a European league or signing with the NHL team of your choice as an undrafted free agent. I chose the former option and started my career with Italy’s Bolzano Foxes in the Champions Hockey League.

The Be a Pro mode is engaging, but this is dependent on what position you play. At first, I chose to be a goalie, replicating the position I used to play in my street hockey days when I was younger. Playing goalie is simultaneously boring and frustrating. The CPU controls the other skaters, meaning you do a lot of standing around. When you do see action, the goalie controls are frustrating, and the camera angle sometimes makes it hard to track the puck.

When I switched my position to the center, I had much more fun on the ice. In between games, you can upgrade your player’s traits with skill points and take part in story segments with some canned dialogue responses. All in all, it is not too different from The One mode from EA’s own NBA Live games. Be a Pro makes for a fun occasional diversion, but the real meat-and-potatoes single-player experiences are the season and franchise modes.

NHL 21 is a masterclass and an excellent representation of “the coolest sport on Earth.” The gameplay is improved over NHL 20, the Be a Pro mode is a worthwhile diversion, and the multiplayer suite is robust. There are some inconsistencies with the visuals, and I am disappointed that there were not more upgrades to the franchise and season modes. I am also bummed by the lack of next-gen upgrades. Additionally, like other EA Sports titles, Ultimate Team is a pay-to-win nightmare. However, the on-ice gameplay is so good that it is easy to overlook these deficiencies. NHL 21 is a worthwhile upgrade over last year’s game and is a must-own for hockey fans.