New Key Visual and Trailer for Attack On Titan Season 4 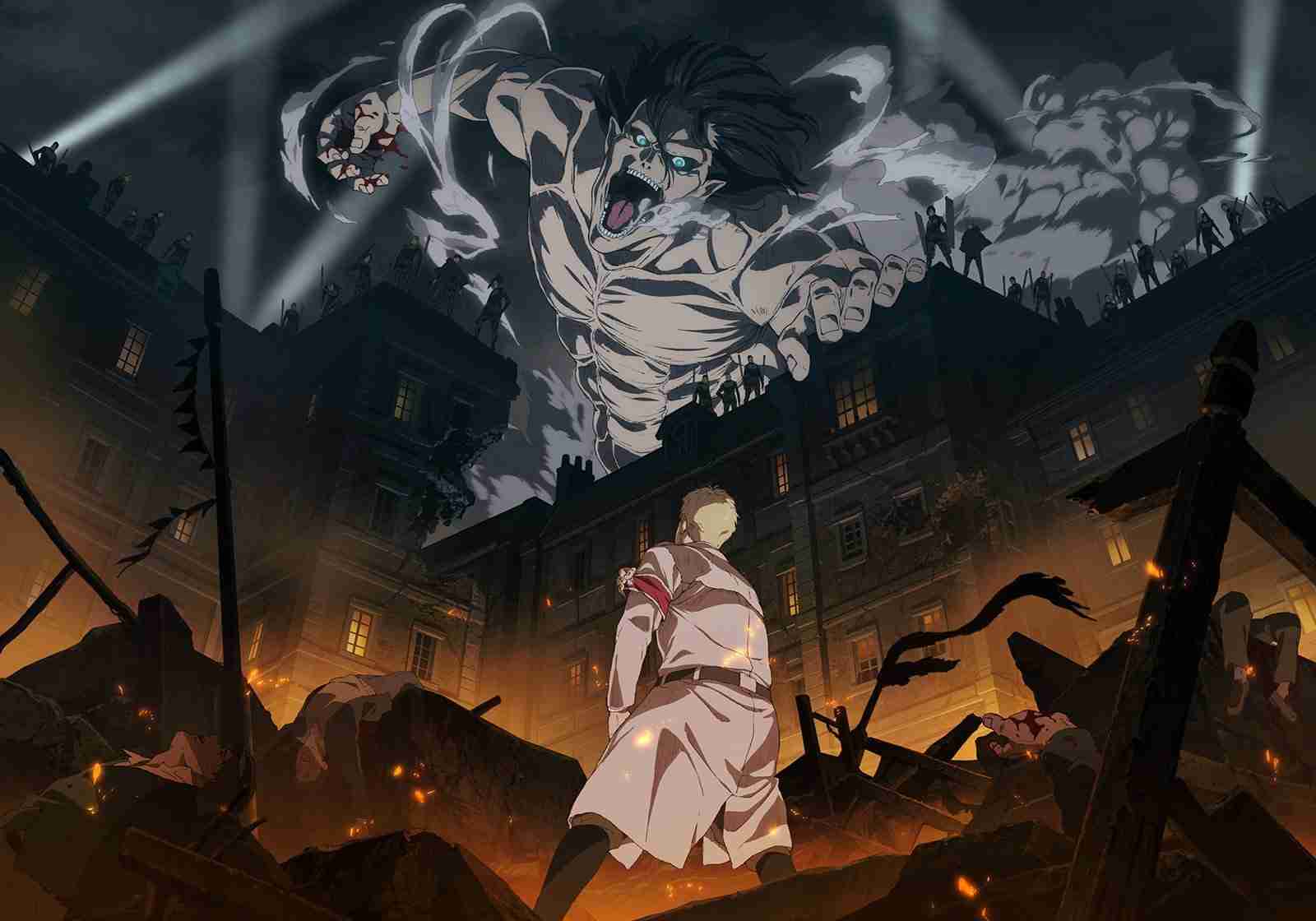 The visual and trailer show a mature cast of our main protagonists, Eren, Misaka, and Armin, as they finally leave Paradis Island to cross the sea to the land of Marley. Once thought of as freedom to the titan plight, the trailer depicts battle-torn Marley, as Eren and company fight to free the people of Paradis Island from their oppressors. We get a glimpse at the remaining titans and the war that is to come.

Studio MAPPA shows off its technical skill in smooth animations and depicting the clawing desperation the series is known for. Under the leadership of new director, Yuichiro Hayashi, his message notes excitement and the determination of the MAPPA team to do their best in delivering the best Attack on Titan season. Both messages from original author, Hajime Isayama, and director Hayashi-san can be read from the original announcement here.
In the final key art, you can see the reversal of power depicted in comparison to that of season one. The tables have turned and Eren is out for revenge.