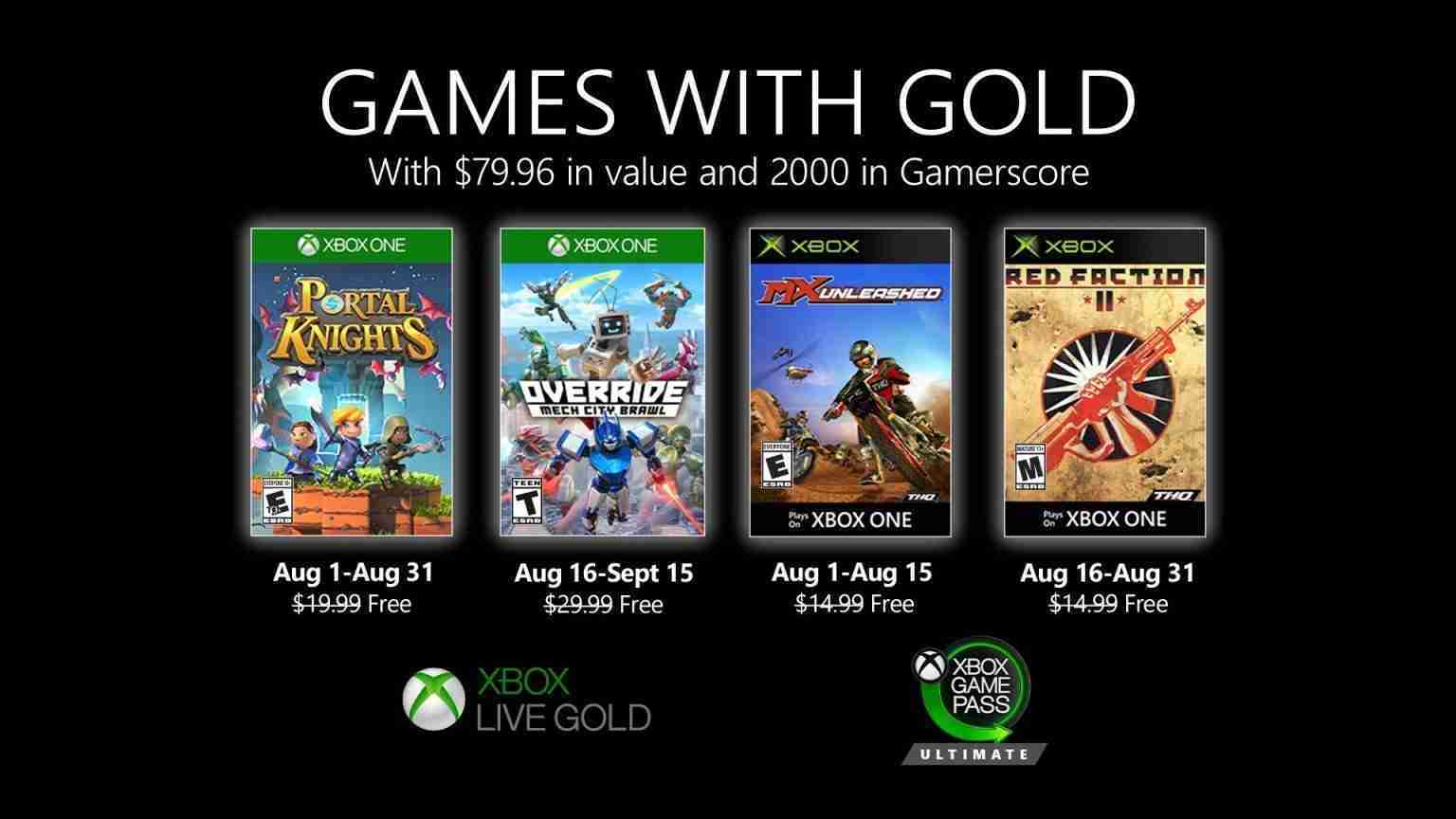 Another month means another new batch of games for Xbox Live Gold members. Here are the new Games with Gold August 2020.

Portal Knights
Forge your character, craft epic weapons, and vanquish your enemies in this 3D action sandbox RPG. You and your party are the only hope for a world torn apart and terrorized by the Hollow King. Level up your hero as you explore dozens of randomly generated islands, create amazing structures, and interact with the colorful inhabitants of the land, in a quest to become the ultimate Portal Knight.

Override: Mech City Brawl
High-octane mech battles are delivered in a city-crushing ballad of destruction! Experience a blockbuster full-length campaign, a myriad of local and online multiplayer modes, and a cast of 12 gigantic mechs to pilot, each customizable and with their own special abilities. Tower over your opponents and lay waste to environments inspired by real life locations to become the top mech pilot. No gears, no glory!

Red Faction II
Fight to overthrow a corrupt dictator and government in this classic first-person shooter. It has been five years since the rebellion on Mars began and the oppressed people of the commonwealth are rising up. Lead a squad of unique super-soldiers, each with their own specialized methods of destruction ranging from demolitions to gunships, to topple the crooked government and restore peace to the land.

Ratchet And Clank Gets 60 FPS Confirmation.