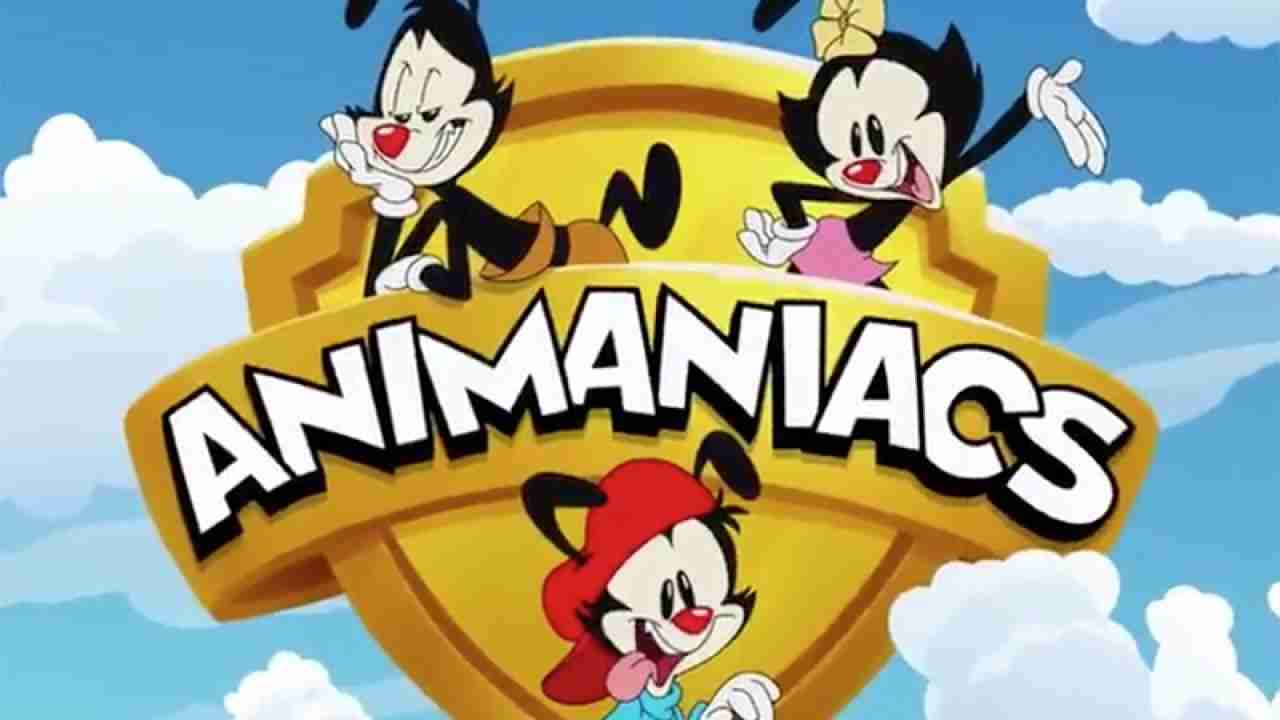 I’m opening with Animaniacs! We’re getting our morning started off with the Warner Brothers Yakko and Wakko, and the Warner Sister Dot. Starting the morning off with laughs as we check out their shenanigans and the adventures of Pinky and the Brain, Slappy The Squirrel, The Goodfeathers, and the rest.

I’m staying with Steven Spielberg cartoons and continuing with Freakazoid! Yes, the super teen extraordinaire that runs around in underwear, Freakazoid. We’re going to watch Dexter Douglas, a nerd computer ace that was surfing on the internet and got zapped into cyberspace. He turns into Freakazoid he’s strong and super quick, and h drives his villains crazy because he’s a lunatic. If you sang those two sentences, give me a virtual high-five because you felt like I felt how amazing that theme song is.

What else but Jackie Chan Adventures. One of my favorites! Jackie, Jade, and Uncle search for this talisman Indiana Jones style to keep them away from Dark Hand and the dragon demon-turned statue Shendu. It’s action, and it’s a comedy, and it’s one of my favorites. Oh yeah, one more thing (if you heard Uncle’s voice we are family) The J team!

Keeping with the adventure theme, let’s go with Duck Tales! When I say Duck Tales, I mean the original Duck Tales. So we are going to Duckburg and watch the adventures of the brothers Huey, Dewey, and Louie, Uncle Scrooge, and Launchpad McQuack.

Static Shock! The teenage hero from milestone media makes my list. Another one that holds well and the major reason I signed up for DC Universe when the streaming service was available. Static Shock dealt with some series issues, but it was a lot of fun to watch then, and I still watch it now. Milestone Media #0 is out and Static will return as a six-issue limited series starting later this month.https://m.comixology.com/Static-2021/comics-series/157258

Pokémon! If you’re reading this, you know Pokémon had been on here. We all sang the theme song, and we all guessed “Who’s that Pokémon.” That first season was just amazing: Magmar vs Charizard is one of my favorite episodes. I hate we never got to see the Elite Four battle but man I loved everything about that initial season of Pokémon

Digimon is another anime I have to have on this list! The original Digi-Destined battling Devimon, Myotismon, Venimyotis, and Dark Masters had me nervous on Saturday mornings because these were intense battles. Like, Tai and Matt getting hit with arrows of Love and Faith and unlocking Wargreymon and Metalgarurumon, or how about TK finally getting Patamon to digivolve into Magna Angemon! Man, those were glorious moments.

Yu-Gi-Oh, the king of games is next. The Duelist Kingdom and Battle City had me glued to the TV every Saturday morning! I’m 33 years old, and I’m still mad about how the plot saved Joey from taking that W against Yugi. Yugi vs Pegasus, Yugi vs Kaiba the rematch, The Egyptian God Cards, Yugi beating Duke Devlin in a game Duke Devlin created. I loved Yu-Gi-Oh!

Ending my wonder Saturday lineup would be none other than (drum roll)…. POWER RANGERS! Yes, Power Rangers, specifically Time Force. Time Force is a post-Zordon era season that is amazing and one of my favorite seasons in the Power Ranger Legacy.

That’s my perfect Saturday morning lineup. What would you change if you make your list? Would take anything off or replace anything I chose. Let me know on Twitter @HeiskellBrandyn

Resident Evil A True Horror | Cogs In The Machine Ep.11