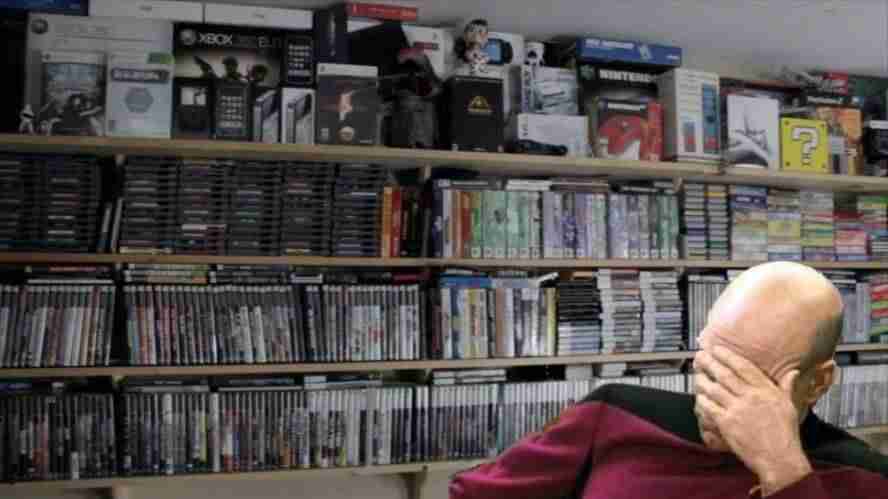 For me, my goal for the year of 2022 is Buy Less, Play More. Of course I’m not going to miss out on huge Blockbuster titles like Horizon: Forbidden West or God of War: Ragnarok. Those are already givens. But for me when I say Buy Less, Play More. I mean just that. Because I know I am not the only one out there who has a backlog. For every new title I buy that backlog just grows bigger. So here is how I am going to tackle My backlog goals for 2022.

Back when the Xbox Series X and PlayStation 5 launched I bought basically every game that released. Have I played through all those games? Absolutely not. The greatest sin that I did was buying Assassins Creed: Vahalla, Watch Dogs: Legion, and Immortals: Fenix Rising. All three huge open world titles that there was no way possible for me to have the time to play all three at once. So here I sit in 2022 with three games that launched in 2020 barely touched.

Not only am I never going to be able to play all three of these titles at once, But I spent way more money at that time versus just waiting for them to go on sale. It’s hard to not buy them as we gaming journalists here have a semi obligation to know almost everything about every game. Which is an unrealistic expectation in my mind. We need to not spread ourselves so thinly and focus on the games that mean the most to us and focus on those games.

It’s Okay to let some games in the Backlog Die.

A lot of the times when we look at our backlogs, it can be filled with titles that we just honestly did not care for and never plan on going back to. It’s a hard fact to admit but not every game is going to hit that sweet spot for us and it’s time to accept that fact and move on from saying they are in our backlogs if we really never plan on getting back to them. We need to not force ourselves to put energy into titles that we do not enjoy. When we do this we burn ourselves out on the titles that we would enjoy and then more than likely creating another title to put into the good ole backlog.

When looking at our backlogs as well, look at how long that title has been sitting there. If a game has been sitting there for say ten plus years. Do you really believe that you are the same person from ten years ago? There has to be some slight changes to our personalities that more than likely make us less interested in those games now. We all grow up and our tastes in what we like have most certainly have changed.

How I plan to be successful

I know we are only a couple days into the year and I have already crossed off two game out of my backlog. Binary Domain and Enslaved Odyessey to the West. Which again I look back at how tastes change. Because I remember when I first started these titles that I was not really into them, hence where they are at now. So booting these games up years and years later. It almost allows me to see these games in new light.

Setting myself goals and having fun with it. Currently I am playing 50 Cent: Blood on the Sand and as ridiculous as that game is, I played it on Twitch and had so much fun doing that. Some goals that I have set, is that I have to beat a few titles out of my backlog before buying a new game. Staying away from sales. Sales are great and all but ultimately they just add to our backlogs even more. Yeah of course getting that new game for $20 off is great, but the thing about sales is that they are always going on and eventually that game that you first saw for $20 off, may end up being $30 or $40 off later down the road. It is okay to wait.

So I would like to turn this to you the reader and ask. Do you have a extensive backlog as well? If so how do you plan on tackling it?

You can also follow me, Logan on Twitter, and check out my live streams as well on Twitch!