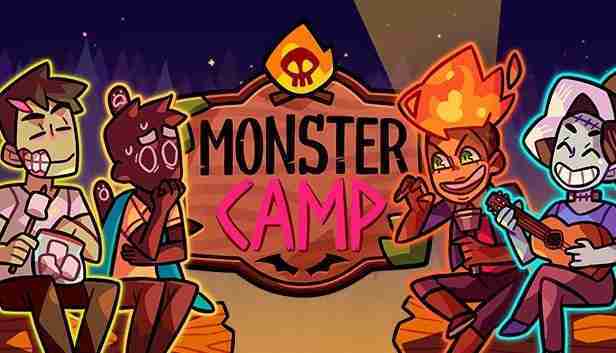 With Halloween only 8 days away, Beautiful Glitch released the sequel to their hit game Monster Prom. Unlike their first game, Monster Prom 2: Monster Camp takes place after the school year at a summer camp. With new locations, characters, game mechanics, and drinks this sequel has much to offer. The game is available on Steam for $11.99 and is currently at a 10% discount.

The Studio Behind Monster Prom

The two Monster Prom games were created by Beautiful Glitch. Beautiful Glitch is a videogame studio based in Barcelona, created by Julián Quijano who works with production and design, Elías Pereiras who works with programming, Arthur Tien who does the art, and Cory O’Brien who worked on the story. Pixel art is by Pixelboy, and Maggie Herskowitz also works on the narrative direction. The main focus of the studio was to create fine games without the problem of a geographical limitation. With each game that the studio releases, they have a statement that goes along with the game. For Monster Prom, the studio was creating a fresh indie game by being the first dating simulator with local multiplayer.

Monster Prom 2: Monster Camp was released today and it follows the same four characters from the previous game. You choose one of them to play as, and you go through a camp activity whether it’s hiking through the woods and pretending to be a law firm to get pizza or being a scout and doing some tax fraud it’s all there. After each player goes and interacts with a few monsters (some old and new) it’s time for the campfire. The player can choose whether to sit by themselves, sit by a duo of monsters, or a moth monster that spreads rumors. These rumors can decrease a skill for another player or even boost a player’s skill.

The game includes over 50 new characters, 350 events, 20 endings, and more. It also includes some of the old characters, and with the same four monsters from the first game, you can pursue whoever you want, regardless of identity. The game is available as a singleplayer or multiplayer with local or online features. With each playthrough of the game, Monster Prom 2: Monster Camp it will be a unique experience each time. Especially with the ability to take mysterious drinks that alter skills or sit by yourself at a campfire and get lonely and scared.

Monster Prom 2: Monster Camp is out on Steam for $11.99, and this dating simulator allows you to find that summer love. Or get brutally rejected.

3000th Duel: The Wise Ones Out Today On Steam For Free