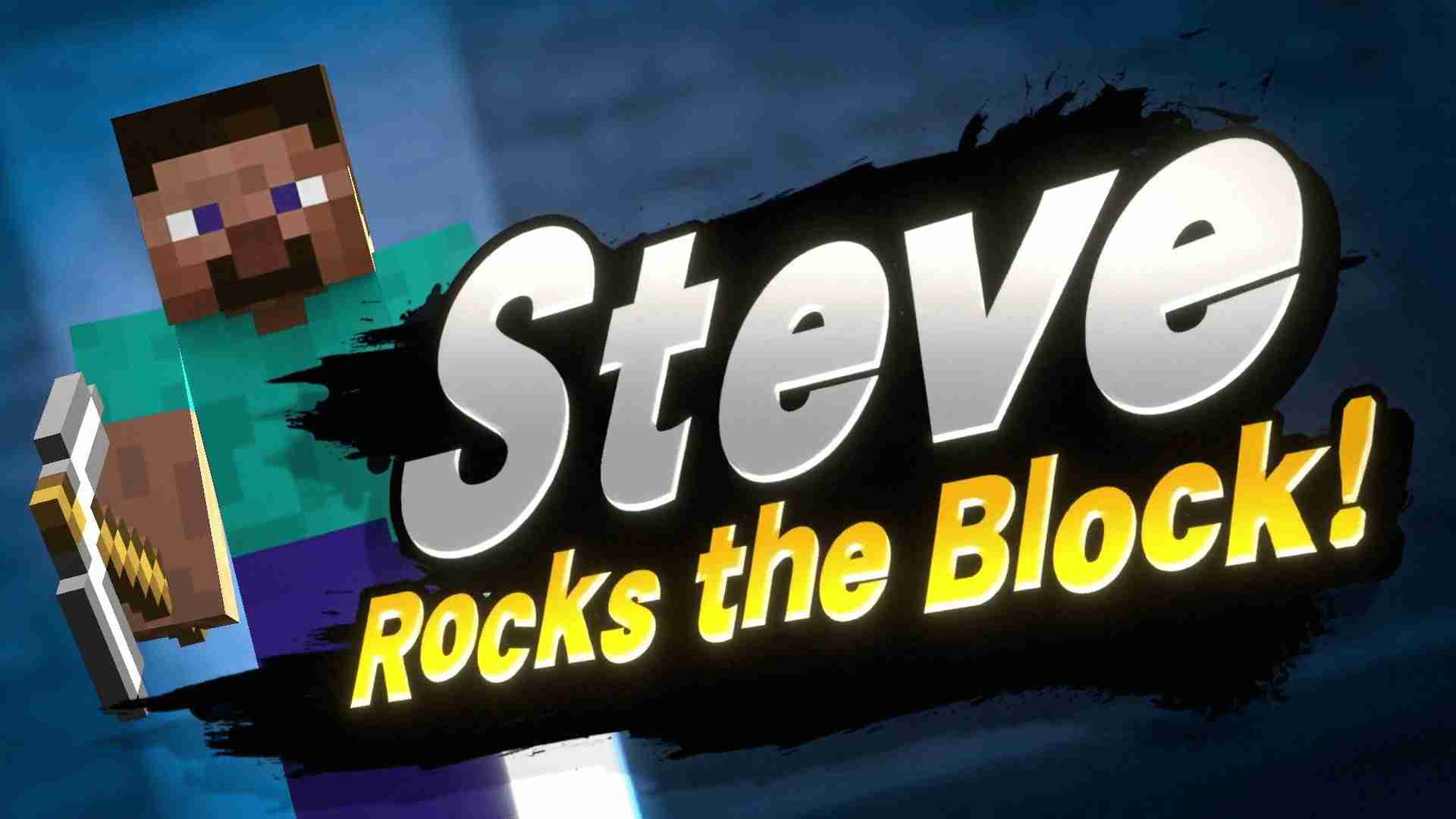 Nintendo released a new Smash Bros presentation that revealed the new fighter to join the roster which ended up being Steve from Minecraft! Minecraft is the highest selling game of all time at over 200 million units sold, so it makes sense for Nintendo to make a deal happen.

The reveal trailer opened with Mario playing a normal game of Smash on battlefield with Peach, Mega Man, and Terry then transitioning to an omega Hyrule Temple stage with Cloud, Pikachu, and Sonic which ended up with Sonic doing a forward smash that sent Mario flying into the world of Minecraft where he met Steve.  The moment was played for comedic effect because in most newcomer trailers the newcomer begins fighting and Mario was braced for impact but Steve just ate some food and left.  With Mario leaving his guard down a zombie came from behind and blew up on Mario.

During the reveal trailer, we heard the music being added to the game, we saw his new stage, and we got to see a majority of his moveset including his forward smash, down smash, and forward air to name a few.  He also seems to have some unique mechanics that separates himself from the other fighters, most notably, the fact that he is a builder.  Steve can seemingly mine materials from the stage and use the materials to build blocks and structures.  It also appears that he can use materials to upgrade his weapon.

All of this can be seen in the reveal trailer below.

The Director of the game Masahiro Sakurai will be doing another in-depth presentation on October 3rd to break down the character. So keep it locked to LV1 Gaming for more coverage.