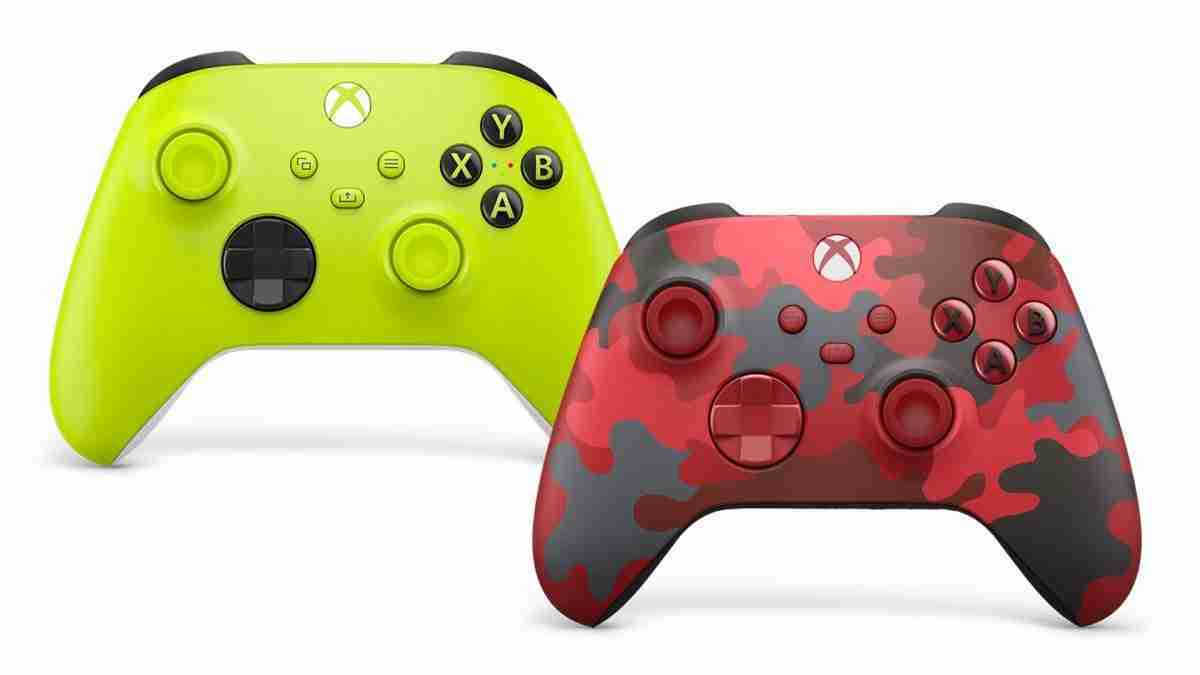 Although you may not be able to buy a Xbox Series X due to the shortages, you can get you hands on a shiny new controller. Today, Microosft unveiled two brand new Xbox Series X controllers. These controllers of course are compatible with all consoles in the Xbox One family.

Inspired by the energy and vibrance often found in athletic apparel and sneaker design, the Xbox Wireless Controller – Electric Volt is the newest color in the current generation of Xbox controllers. Electric Volt builds on the same, striking color theme of Shock Blue and Pulse Red but takes it up a notch with a high-energy, yellow resin not yet seen on Xbox hardware. The high-vis yellow top case punches hard against the matte black hybrid D-pad while the white back case adds even more dimension to the design. Textured grip on the bumpers, triggers, and back case help provide greater control through every gaming session. The new Xbox Wireless Controller – Electric Volt will be available for $64.99 USD beginning April 27 in most Xbox markets worldwide and can be purchased at select retailers, including Microsoft Store. Check your local retailer for product availability in your region. For more product details, visit Xbox.com.

Additionally, Microsoft will be incorporating post-consumer recycled (PCR) resins for the first time in any Xbox hardware. Both controllers will contain a portion of resins made from recycled materials like automotive headlight covers, plastic water jugs and CDs.

What are your thoughts on these New Xbox Series X Controllers. Leave some suggestions on what we can do better or change. Are you interested in writing, editing or just being a part of Lv1 Gaming? CONTACT US HERE!