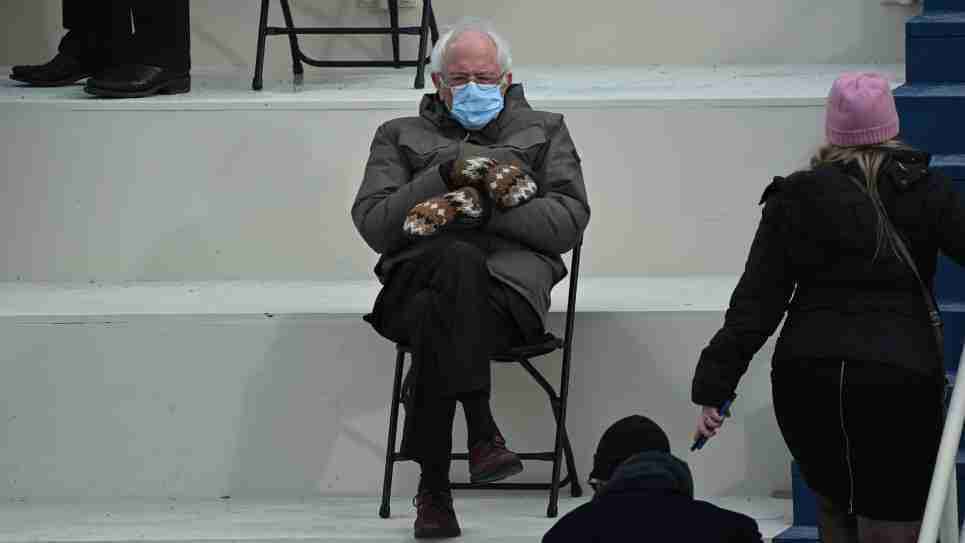 This past Wednesday, two very important events happened for the United States. One being the inauguration of President Joe Biden and Vice President Kamala Harris. The second and sole focus of this roundup, the meme-ageddon of Sen. Bernie Sanders and his mitten.

While there were plenty of memes and outfit vibes that came from the inauguration, the Bernie Mitten Memes have taken the internet by storm. This is honestly one of the few memes that I have seen in quite some time getting better and better with each passing day. From the mittens to his generally discontent demeanor, Bernie’s expression fits so well with a multitude of memes that the internet can’t get enough of inserting him into their favorite fandoms.

So I took some time, poured a cold beverage, and went down a rabbit hole of Bernie x gaming and anime memes. What worlds will Sen. Sanders visit in his meme adventures? Without further ado, here are the memes:

So there are the memes! Which Bernie Mitten Memes were your favorite? I personally enjoyed the Mass Effect 2 Elusive Bernie Man. Sen. Sanders also addressed the memes on an appearance on Late Night With Seth Myers. Sen. Sanders had this to say,

“I’ve seen ’em…What was really nice, Seth, is the woman who made the mittens lives in Essex Junction, Vermont. She is a school teacher and is a very, very nice person. She has been somewhat overwhelmed by the kind of attention that is being shown to her mittens.”

I look forward to seeing how this meme evolves and grants us gems throughout the year.

Let me know your favorites or ones not mentioned in this roundup on Twitter @DarkTagger.

An April Comeback Has Been Announced For ITZY