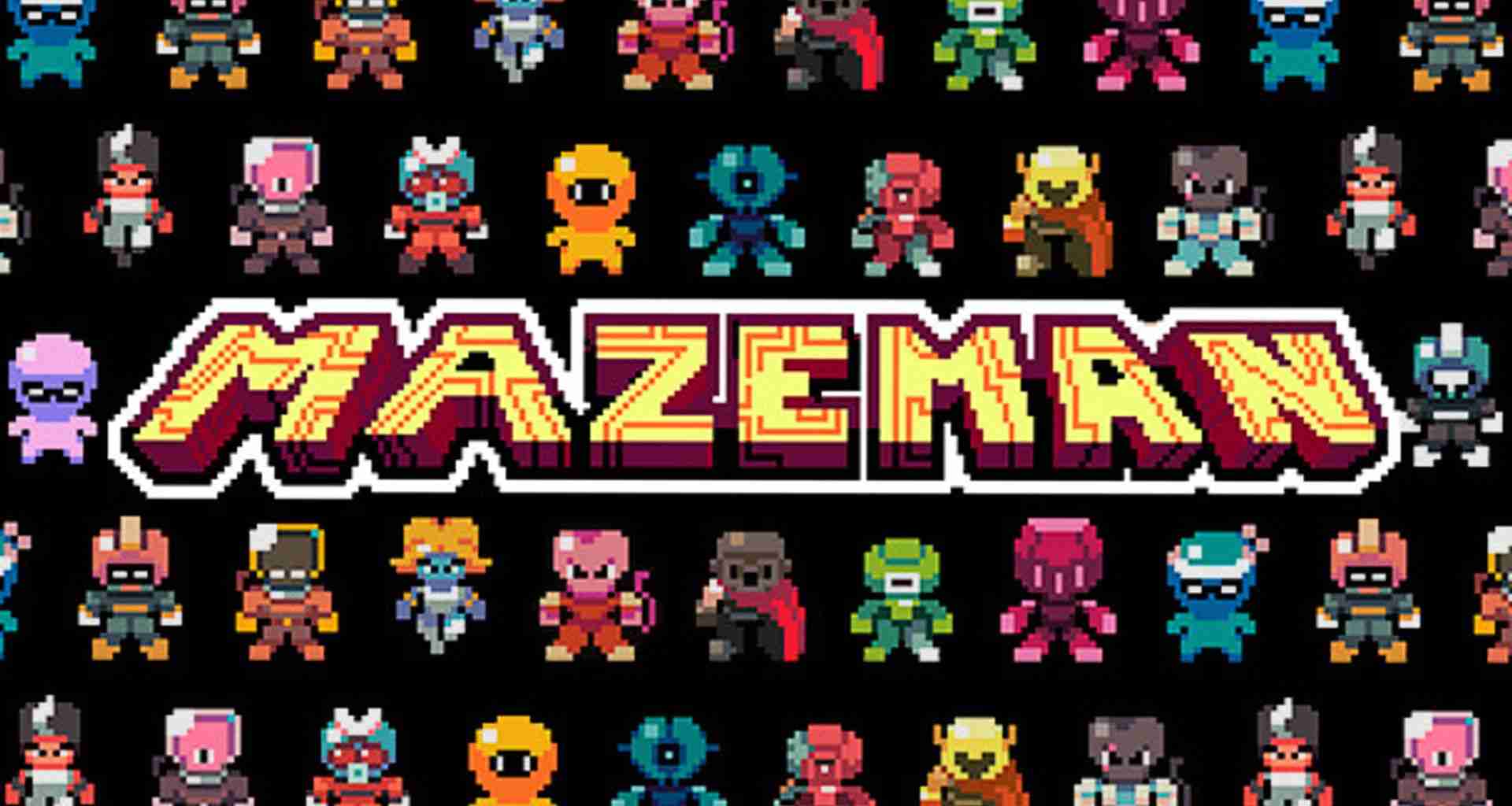 Beautiful Glitch, the team that released Monster Prom, Monster Camp and with the upcoming release of Monster Roadtrip they have launched a steampage for their side-project; Mazeman. The team started the project many years ago, and this side project will get a release soon.

Mazeman is different from Beautiful Glitch’s other releases as the game’s artstyle is pixelated, there is no romance option and it takes place in a maze. The game is an arcade game that will challenge the player due to it’s fast pace. The player enters the maze to find the key while avoiding monsters. There are 23 heroes to unlock as you start out with the main hero: Mazeman. Each hero adds or changes something to the game, and can make a level easier or harder. Or if the player has a certain playstyle, there’s a hero for that playstyle. There’s also lots of unlockable monsters, levels, power-ups and collectables.

The game also lets you set your own goals. The main point of the game is to find the key for the leve, and go to the door. Well, for a challenge the player can have the achievement of unlocking everything, finding hidden gems just to name a few. The player decides how big of a risk they want to take within each level.

Yet, the game does have a trademark of Beautiful Glitch and that’s the story. The story is hidden to the player’s eye and only can be found by going through the game. There, the player can find out how the heroes ended up there. The whole story may not be fully revealed, but with narrative bits and what the player finds the whole story could be pieced together. Yet, Beautiful Glitch wants The Maze to still be mysterious and the secret behind the place.

Mazeman has an unknown release date but a demo is out currently. The game is fast paced, inspired by Pac-Man as the hero never stops moving and always keeps going forward (unless they hit a wall). It’s very different from Beautiful Glitch’s other games but it still has some of the key elements that are signatures of the group.