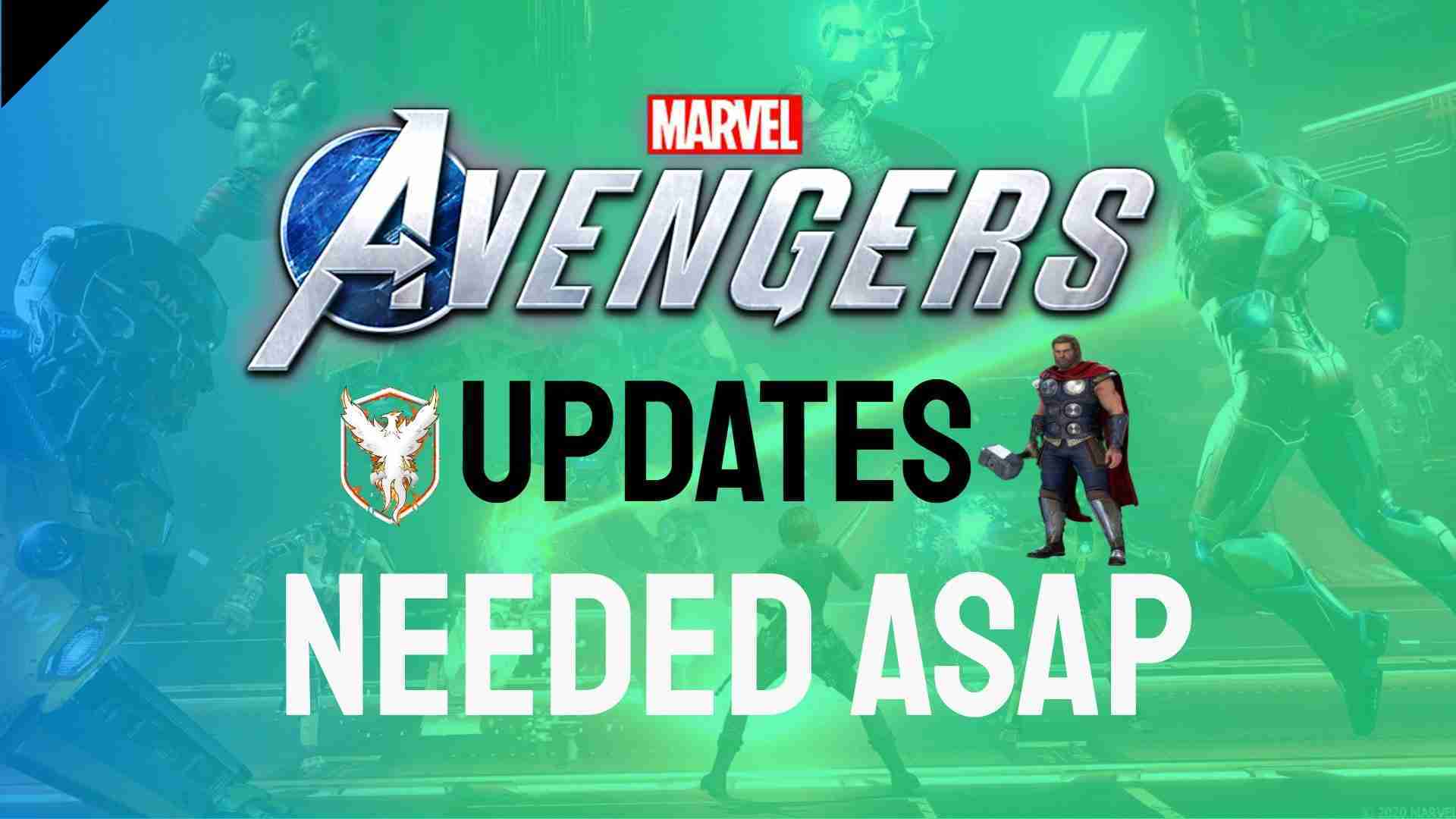 Things are not looking too great for Marvel’s Avengers game at the moment. Currently, there are under 1000 active players on steam. It is currently unknown how many are playing on consoles at the moment This does not bode well for a title that just released last month. If changes are not made soon, many fear this title will fall to the wayside like Anthem. All is not lost. Here is a list of Marvel’s Avengers Game updates that are needed asap and could have players returning.

Let’s be frank, cross-play is a must at this point. If you are developing a multiplatform online co-op game its needs to have cross-play enabled. This makes matchmaking times a lot shorter. Additionally, it will help dedicated players continue to play the game (while waiting on other things) due to having a bigger pool of players to play with. Image if those 1000 steam players who obviously see the potential in this title could team up with console players.

Push Up The Road Map

No one wants to hear that developers are crunched. However, this game needs more end game content asap. After you finish what is an amazing story, you are met with the end game which at most times feels like the same missions over and over again. Each task may have a different name, but in the end, your objective is to defeat an elite AIM team, hold an objective, or protect NPC allies. The only real break you get from this is fighting clones of Taskmaster and Abomination. These end game missions need more variety and more bosses. It would for sure make things not feel so wash, rinse, and repeat.

In addition to mission content, let’s begin to see more heroes. As much as I am in love with my Black Widow and Thor characters I am ready to experience more. From what we were able to see from the data mine there are a lot of great heroes coming. I just hope they are not all multiple years away. I do not believe this game will survive that kind of wait.

Currently, Marvel’s Avengers microtransactions are not too bad. All items you can earn for free just buying grinding in the game. However, this will change soon as there is supposed to be a paid battle pass for each character. That could mean a lot of money for Square Enix. I hope this plan gets scrapped because it seems very egregious. Another thing that needs to change but likely isn’t able to be is the customizations. Currently, there is no way to individualize your hero. Everyone has access to the same skins. Even as you progress and find new items to improve your powers, those things will not change how your character looks.

Fix All The D@MN Bugs

This one is pretty self-explanatory. This game is littered with bugs, with a lot being game-breaking. I can not count on my hands how many times I have been kicked out of a game towards the ends of missions because of a big. Or how many times my team and I have had to reload checkpoints because we can’t advance due to a bug. Recently Square Enix has released two big patches to fix various bugs, however, it is not enough. This game needs to be all hands on deck.

Lv1 Gaming will be proving more Marvel Avenger’s content as the game progress. Why you may ask. It’s because with all the issues the game has. I really like it. Here’s to hoping it improves, and soon.

Xbox and Bethesda Games Showcase 2022: 5 Things We Need To See