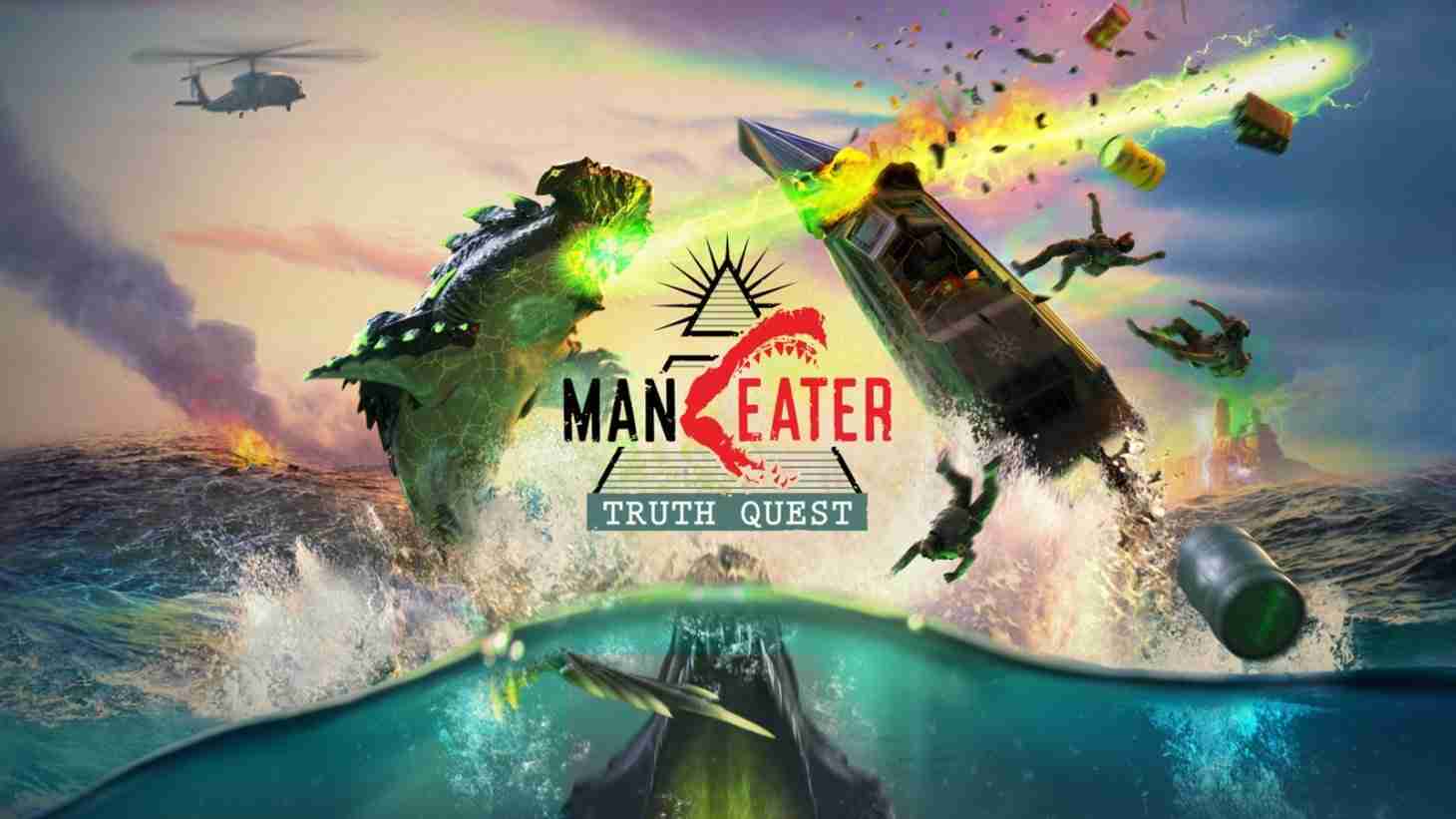 Following a current gen upgrade and being included with PS Plus January games, Maneater is seemingly getting its first DLC. Tripwire Interactive made this announcement on April 1st or more commonly known as April Fools Day so stay tuned.

Due this summer for PC in addition to PlayStation and Xbox systems is Maneater: Truth Quest. No news yet on when the Switch gets the update, as Tripwire Interactive only recently announced the Nintendo Switch release as 25th May.

Players a new region to explore and chomp through as we finally get to leave the Portclovis boundary. It is said to “take players down the rabbit hole of dark secrets and conspiracies surrounding Port Clovis and the Naval Wildlife Organization (NWO).”

As well as more to explore, the ShARkPG gets it’s level cap increased to 40. We also receive 5 new organ evolutions and another additional slot unlocked at the new max level. With this the maximum size the shark can grow has been increased which is currently maxed at Megalodon size.

The official announcement by Tripwire Interactive breaks down all the new additions such as new Apex Predators and additions to the bounty hunter system.

Creative Director at Tripwire Interactive, Sean McBride said they had been hard at work on this release which he added fans has been asking for.