Magic The Gathering Is Getting A Price Hike 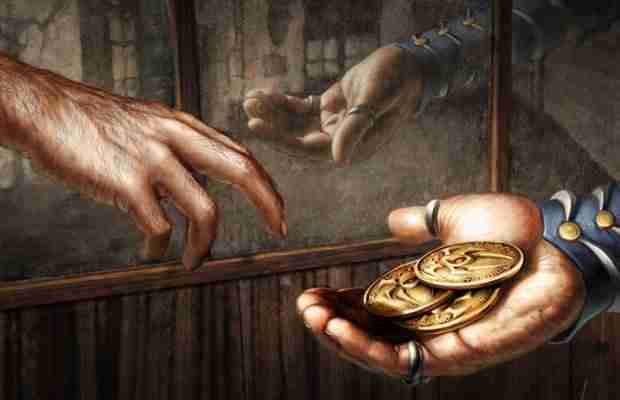 Hasbro is getting greedy. With food and gas costs keep going up, the fun is now getting expensive.

For those of us that enjoy a weekly or in my case a Bi-weekly game of Magic The Gathering, one of the biggest drawbacks to playing the game is the price of entry. I am a long-time player of not only MTG but of the Yu-gi-oh trading card games. Affordability has been an issue for kids convincing parents that a random booster pack filled with cardboard was worth the $2.95 just to start a game. I figured by the time I was an adult Id be able to buy as many card boosters as I wanted. Oh, how wrong I was.

Magic was always considered a better value over other TCG’s (trading card games) on the market. A gift of value. More cards per pack and you were always guaranteed supplements that were useful or at least tradeable. MSRP (manufacturers suggested retail price) was solid and you budgeted accordingly. I call this the good ol’ days. Before Wizards of The Coast became a tentacle in the Hasbro empire.

Toymaker Hasbro is raising prices right in time for the holidays. On an earnings call Monday, Officials said:

“We successfully established price increases that go into effect during the third quarter and provide an offset to the rising input and freight costs in the business,” Hasbro CEO Brian Goldner said during the company’s second-quarter earnings call on Monday. “These supply chain pressures are meaningful. But given the strength in our business, the actions we have taken, combined with our global footprint, we continue to believe we can meet our full-year targets.”

WOTC (Wizards of the Coast) no longer provides MSRP which means that any retailer or local game store can sell MTG products at any price they choose. Hasbro has stated that it expects growth year over year with the MTG brand. This has caused a huge chasm for those not able to simply buy a new product at a reasonable price. Hasbro has made having fun expensive.

With covid-19 causing TCG’s to become popular MTG began a huge uptick in sales. The secondary market became a mixed bag of overpriced products and bidding war over pieces of cardboard. How can you expect to grow your player base if kids and potential customers cant afford to buy the products? When you make the product unobtainable to your target audience and turn your back on your already established base crying for price regulation, then this game of magic is only available to whales. If that isn’t Diabolic? then what is.?

The next set of Magic The Gathering: Innistrad: Midnight Hunt is the 89th Magic expansion. It will release on September 24, 2021, and is paired up with Innistrad: Crimson Vow which releases two months later. This release will coincide with the price hike. A set in which long-time players, myself included have been excited for. A set that brings back cards, characters, and mechanics from a time when Magic The Gathering was not a wolf in sheep’s clothing.

I hope that there is pop to the MTG bubble at some point so cards can be affordable and new players are not left out of such an imaginative, fun game. That the established player doesn’t get sick of price hikes; slowly killing the motivation to keep playing a game that betrayed their loyalty. Only time will tell.

Check out other great articles on LV1 like this one on fighting games by yours truly and Follow me @strayrelay for more Magic the Gathering whining, fighting game geek outs and random Spotify playlists. See ya next time.

What Were The TRUE NEXT-GEN Games Through The Generations? | Cogs In A Machine Ep.6