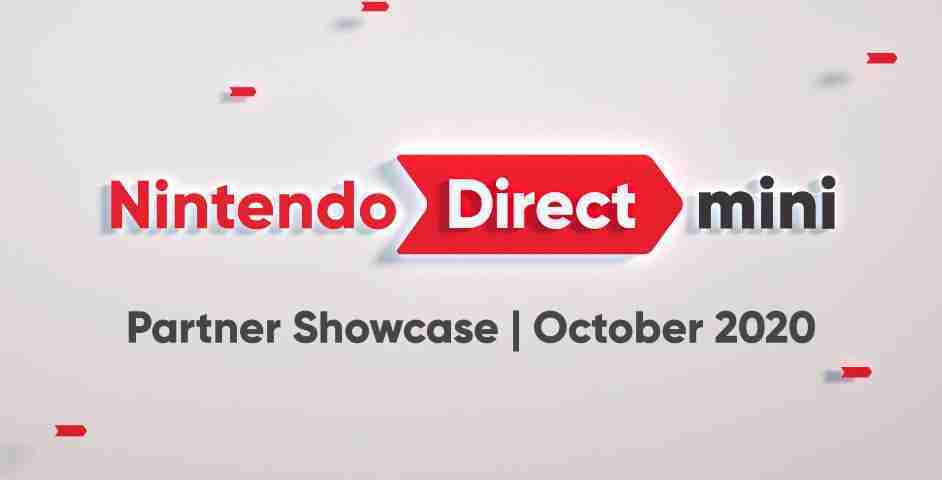 After a year jam-packed with virtual events and announcements, this year’s last Nintendo Direct Mini goes live. Nintendo has once again treated us to a showcase that contains a variety of announcements. These include revealing new games and updates on upcoming ones. They also announced the release of a demo for the highly anticipated Hyrule Warriors: Age of Calamity.

Nintendo has announced the release of a demo for Hyrule Warriors: Age of Calamity, which is available now. There was gameplay revealed of those which are known as the Divine Beasts. These were enormous mechanical constructs utilized with the purpose of defeating Calamity Ganon. You will be able to take control of these incredibly large and destructive beings and unleash mayhem on hundreds if not thousands of enemies.

The showcase starts off by giving us a look at the upcoming title from Square Enix, Bravely Default 2. However, the look was a reveal of a job type system incorporated in the game. This consisted of 4 different types of jobs that can be utilized by you and your party of adventurers. Essentially, there are enemies known as Asterisk Holders. By defeating these enemies you will be able to acquire Asterisks. Thus allowing you to change job types. In the showcase, we get a look at four different jobs. Although, these are not the only jobs that will be available. They claimed that they will continue to introduce more Asterisk Holders in the future. The game will be releasing on February 26, 2021. You can pre-order it on the Nintendo Eshop now.

Regarding feedback on the game, there is a video where they go into detail on the “feedback that helped shape” their final game.

The latest entry in the Story of Season games, Pioneers of Olive Town. You decide to leave the city life and take on the mantle of a farmer, where your grandfather used to be. The depth of customization seems to be more in-depth than in previous titles, according to the official listing on the Nintendo site. This is the debut from the franchise on the Nintendo Switch. A cast of new marriage candidates, a town that seemingly evolves and improves alongside your farm. Repair old facilities, participate in local festivals, gather materials, and build up your farm from scratch. And much more.

Three birds with one stone, or rather one console. We got a first look into some No More Heroes III gameplay. Announced back in E3 2019. Releasing in 2021. However, that’s not all that was announced. Both No More Heroes 1 and No More Heroes 2 were released today on the Nintendo Switch.

From HAL Laboratory, the creators that brought you the series with the adorable pink puffball Kirby. Part-Time UFO. Comes a lovable little UFO with an extendable claw named Jobski. Jobski has arrived on Earth and is already busy with a plethora of strange jobs. These range from arranging spilled crates onto a pickup truck, to working on a construction site and help build a temple. You can have a friend join in and complete jobs in co-op mode. Or stack up objects in Infinity mode, where you have to build the tallest tower you can; where you can have a friend join in on the fun. Available now!

Among the announcements pertaining to upcoming games, there was a handful that got the Nintendo treatment. These include upcoming and readily available titles. Heads up, some of these will be available as a cloud version. Furthermore, in order to play them, you will require internet connectivity and Nintendo Account.

“The adventure takes players on the ultimate Bakugan journey as they befriend powerful creatures known as Bakugan, gear up and customize Bakugan teams for fiercely strategic battles, and master their skills to become the Champion of Vestroia. Players can also play online in head-to-head multiplayer.”

“Survive and thrive in a post-apocalyptic future — resources are scarce but opportunity calls. Build the ultimate disaster proof colony, protect your colonists and restore civilization to a devastated world. Remember: The end of the world is just the beginning.”

“Griftlands is a deck-building rogue-like where you fight and negotiate your way through a broken-down sci-fi world. Every decision is important, be it the jobs you take, the friends you make, or the cards you collect. Death comes quickly, but each play offers new situations and strategies to explore.”

“The Tropico 6 – Nintendo Switch™ Edition includes an exclusive palace design, the captivating flamingo pond, something every dictator craves to impress his neighbouring states and a tourist costume for El Prez to enjoy those warm caribbean nights adequately.”

“The fate of the Greek gods rests in your hands! Play as Fenyx, a winged demigod, and take on mythological beasts to save the Greek gods from a dark curse in an epic fight for the ages.”

“Agent 47 returns as a ruthless professional in HITMAN 3 for the most important contracts of his entire career. Embark on an intimate journey of darkness and hope in the dramatic conclusion to the World of Assassination trilogy.”

“A corruptive presence has invaded the Federal Bureau of Control… Only you have the power to stop it. The world is now your weapon in an epic fight to annihilate an ominous enemy through deep and unpredictable environments. Containment has failed, humanity is at stake. Will you regain control?”

The Crew 2 Gets Season 5 And Next Gen Support