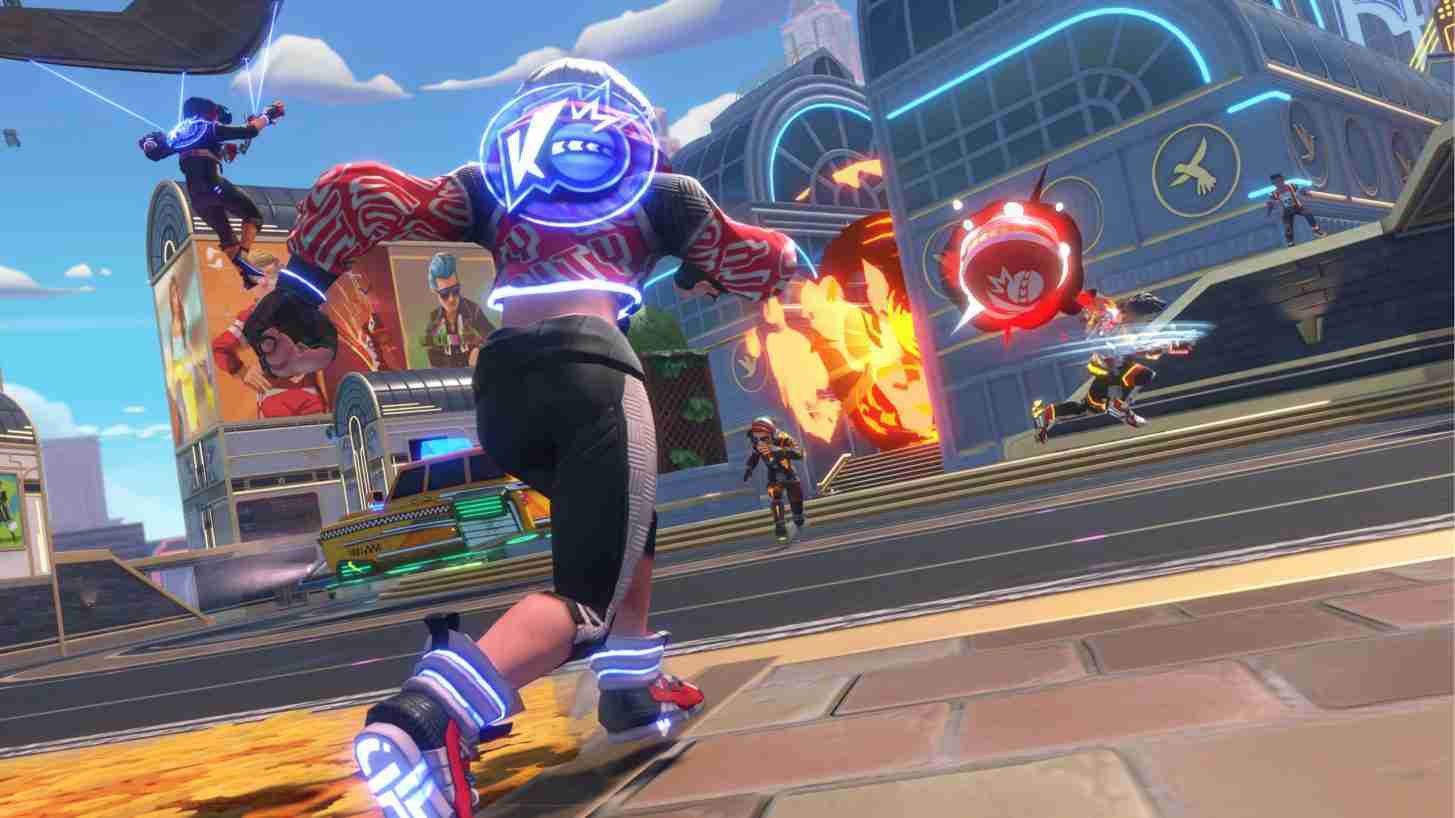 Velan Studios, the team that gave us Mario Kart Live: Home Circut, is back with their new IP, Knockout City, published by EA. Knockout City was presented to us during the Nintendo Direct and aimed to capture an audience that loves to humiliate their opponents by throwing balls at them. The game is currently in beta on Steam from February 20th-21st, and I dived into what the game is all about.

On paper, Knockout City seems to want to replace EA’s team-based game Rocket Arena. Both games have similar visual styles and chaotic gameplay but, Knockout City has many more fun moments. In Knockout City, you are on a team of three, and the objective is simple; hit the opposing team with balls to knock them out to gain a point, the first team to ten points win.

This game takes things up a notch by having three special balls randomly selected each playthrough; the moon ball, bomb ball, and cage ball. The cage ball was my favorite as it allows you to either throw your opponent that you lock into the cage ball at their teammates to try to knock them out, or you could throw them off to the stage for a total knockout.

Unfortunately, there are no wrenches (an ode to Rip Torn) in Knockout City, but you can become a ball for your teammates to throw at your opponents. However, I could be caught and thrown off the stage by the opponent team. A mechanic allows you to break free, but I wasn’t always fortunate enough to do that promptly.

This game is all about pressuring the enemy team; there were never any dull moments, similar to real dodgeball. I was always on my toes, wondering where my opponents are, looking for a ball to pick and throw, and ensuring that I do not fall off the stage. One of my favorite mechanics of this game is to pump fake throwing the ball at an opponent. Sometimes it was successful, but there were many moments when it was done to me, and I got knocked out.

The cartoonish art style lends itself well to what Velan Studios is doing here. The character customization is pretty vast, but there were moments in which I wanted to see more personality. Unlike Rocket Arena, Knockout City does not feature any special abilities; it was all about skills. There was never a time during my playthrough in which I took the game too seriously cause the idea of dodgeball in itself is fun. If you were never good at dodgeball like me but pretty decent at video games, Knockout City is an enjoyable time.

There is a promise of no loot boxes in-game but only cosmetic microtransactions. Knockout City is set to be released on May 21, 2021, on PC, PS4, Nintendo Switch, and Xbox One and will feature cross-play day one across all platforms.