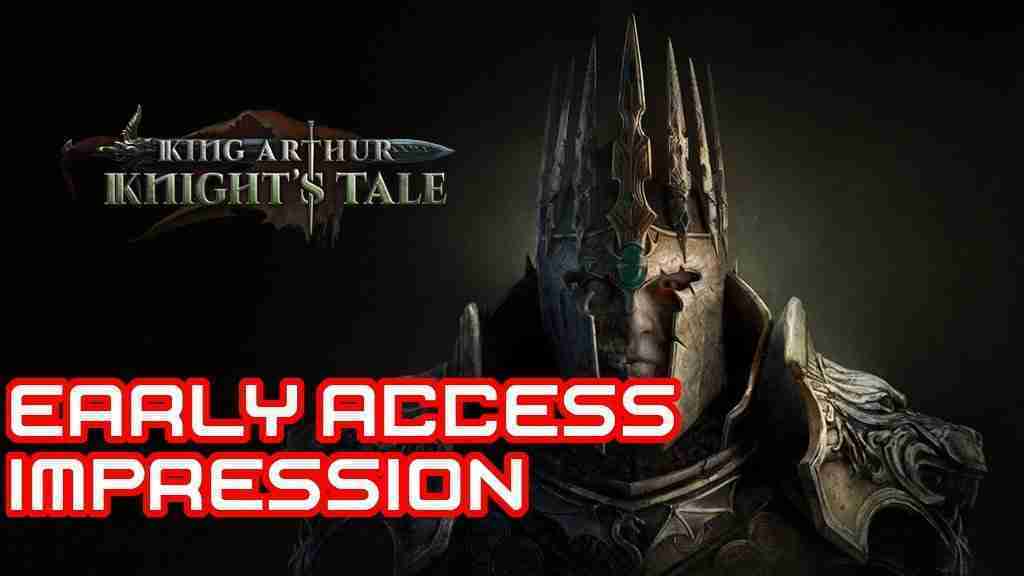 Neocore Games has added a dark spin to the legendary tale of King Arthur. As a result in King Arthur: Knight’s Tale, good and evil are no longer clear as The Lady of the Lake has resurrected Sir Mordred. King Arthur’s nemesis is now the future savior of Camelot. Will he run the kingdom with an iron fist or rebuild the fabled round table the choice is yours.

King Mordred the Merciful or Brutal?

First and foremost, King Arthur: Knight’s Tale is in early access. So consequently, there are some big bugs and glitches. Maps failed to load in and because of the early access lacking manual saves, it forces a full new game. Yes, if you experience a game-breaking moment in a mission you will be stuck at that moment and the only way out is to start a new game. On the other hand, when the game works it is beautiful.

I am a huge fan of turn-based RPGs, never been good at chess so this genre is a supplement. King Arthur: Knight’s Tale is a mix of traditional RPGs and tactical based RPGs. For instance, each character has vitality, hit points, and armor. On top of morality, traits, curses, and a few different resistances this game has classic RPG elements. Now where it differs is in the combat. The tactical grid-based combat is reminiscent of the XCOM series. However, there are no visual percentages showing your chances of a successful attack. King Arthur: Knight’s Tale is so much more than its combat.

Morality and Base Management

Permadeath, loyalty, base management, and decision making are all part of this game. As Sir Mordred, you choose how you wish to rebuild Camelot. The decisions I came across dealt with choosing the religion of the nation, deciding the fate of brigands, and more. The permadeath is no joke, my team fell at the hands of the undead and I was down to one knight. Which meant it was time for a new game.

I’ll Be Following This One

King Arthur: Knight’s Tale’s early access build is very buggy. Neocore Games has outlined some updates to fix some of the issues mentioned above. As of now, I would say to hold off on getting this game until a later build. When it is functioning, it is one of the most intense and entertaining tactical RPGs out there but, game-breaking bugs sour the experience. So I will be following this title closely and reporting updates here at LV1 Gaming. King Arthur: Knight’s Tale Early access is available now on Steam for $34.99. An early access code was provided by the publisher for PC.