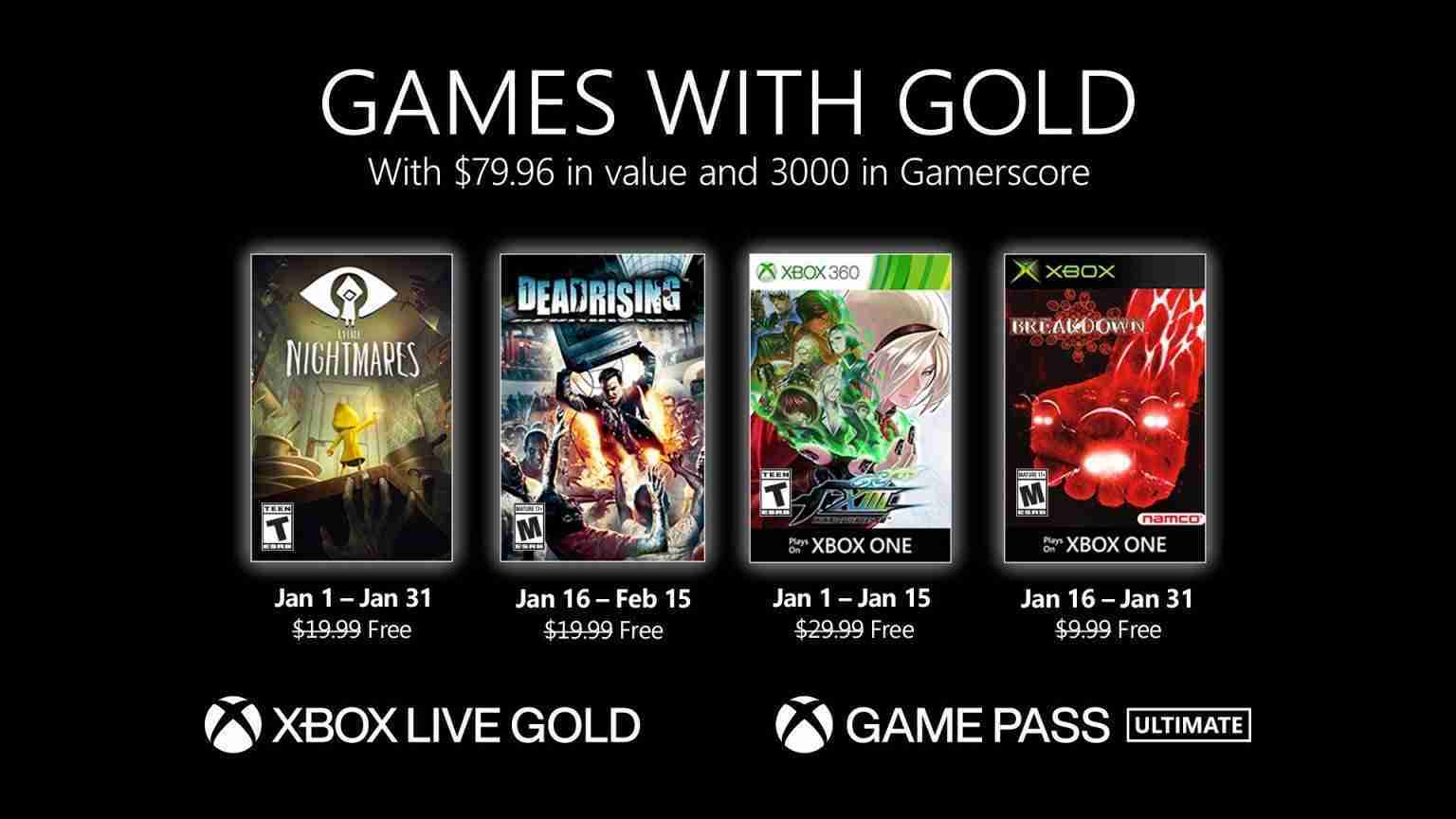 Little Nightmares
Help your character, Six, survive The Maw: a massive and mysterious vessel inhabited by corrupted souls looking to make you their next meal. Reconnect with your inner childhood and unleash your imagination to escape the horrors within and find salvation.

Dead Rising
In this remastered version of the original game, survive the flesh-hungry undead mob in the Willamette shopping center using a range of weapons at your disposal. As photojournalist Frank West, you’ll have 72 hours to fight off the zombie horde and discover the reason behind the outbreak.

The King of Fighters XIII
An upgraded version of the original arcade classic, utilize your Hyper Drive power gauge to let loose devastating strikes and combinations. Don’t miss out on this final chapter of the “Ash Saga,” full of anger and betrayal, which ends here.

Breakdown
Trapped inside a mysterious lab and unable to remember his past, Derrick Cole must fight his way out using his newfound extraordinary powers. Combining hand-to-hand combat, state-of-the-art weapons, and an intense story line, embark on a thrilling and suspenseful search for the truth in this first-person action-adventure title.

What are your thoughts on the January 2021 Xbox Games With Gold? Let us know in the comments.