NEOWIZ Sale On The Nintendo eShop INDIE Live Expo, Winter 2022 Crisis Core FFVII Reunion Digital Preorders Are Live Fast-Paced Beat’em Up Jitsu Squad Releases Soon On PlayStation & Nintendo Switch Warhammer: 40K Inquisitor Martyr- Sororitas Class DLC
According to the findings provided by Nielsen’s SuperData, Sony’s PC bet looks to have been a success for the company. Horizon Zero Dawn sold over 700,000 digital copies on steam in the month of August. These numbers show a strong start to what we assume is just the beginning of Playstation’s presence on the platform.

The site also provided examples of other games during a similar time frame. The research firm said Horizon had a launch on PC that was “nearly as large” as 2015’s The Witcher 3: Wild Hunt. Against Hideo Kojima’s, Death Stranding, Horizon Zero Dawn also stacked up well. The game’s first month’s sales were up 50% when compared to the PC launch of Death Stranding earlier this year. The PC edition released on July 14th with sales eclipsing 477,000 copies in its launch month. Rounding out the comparisons, the firm also noted Horizon Zero Dawn’s PC launch month as “significantly” larger than Assassin’s Creed Odyssey. 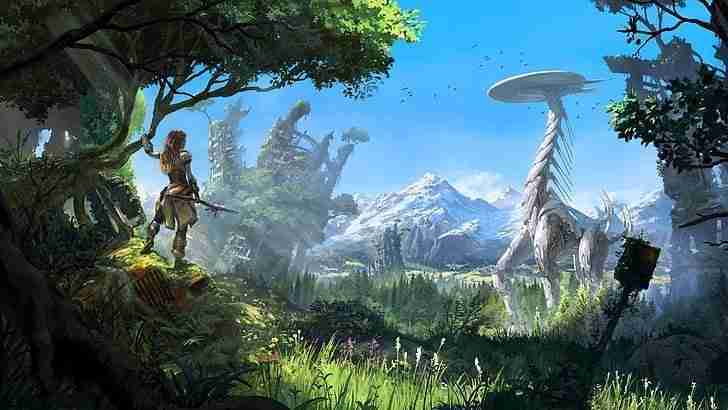 So what does this mean? Well, even despite the PC port being rough for many users, there’s still a great demand for these titles on the platform. Gamers supported it, which should prove to Sony that there’s a potentially untapped market out there clamoring for your titles. A market that is no longer restricted to your console that will only ever attract a finite amount of gamers. By expanding themselves to other platforms, they’ve now opened the gates for even more revenue coming into their pockets. As well as, more gamers discovering what makes their first-party games so beloved. After Playstation’s game showcase in June, Guerrilla Games revealed Horizon Forbidden West with a planned release date in 2021. In September, Sony confirmed the highly anticipated sequel would also receive a PS4 version. With that announcement, Jim Ryan also stated that Playstation is still interested in bringing more of its first-party games over to the PC.

In an interview with The Washington Post, Ryan said: The vision is that while we very much respect the primacy of PlayStation as the principle resting place for the great gaming intellectual property we have, we kind of think it’s time to explore extending the IP,” “We think both of these steps are perfectly logical and rational things for us to do. We should be making that IP work a bit harder as an acquisition tool for the PlayStation community.”