HBCU’s Are Getting An Esports League 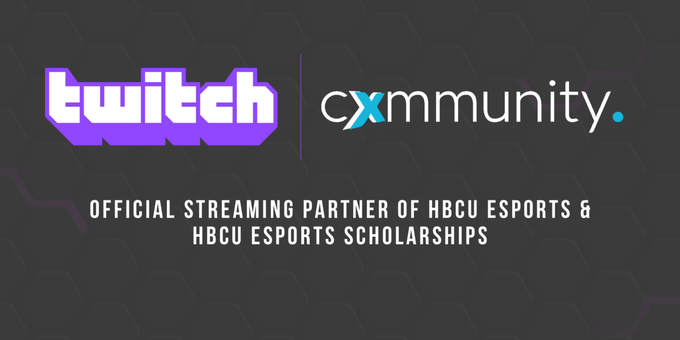 Thanks to Cxmmunity teaming up with Twitch HBCU’s are getting an esports league. Cxmmunity is a nonprofit with the goal to increase minority participation in the gaming industry and esports. Based on International Game Developers Association data 83% of black teens say they play games at some competitive level. Cxmmunity and Twitch’s partnership will tap into that demographic of gamers. In fact, Ryan Johnson, Co-founder and executive director of Cxmmunity says,

As an HBCU graduate, I am beyond excited to bring esports scholarships, internships, and job opportunities to students of color.

Likewise, Chris Peay, Co-founder of Cxmmunity added this about the partnership with Twitch.

Knowing first-hand how we’re underrepresented and just lack the access to get into gaming, I’m excited to be working with Twitch to fulfill our mission in increasing the participation of minorities within these industries and close the digital divide.

Overall, more collegiate esports will be beneficial to the industry. HBCU Esports is wasting no time and will start on Cxmmunity Twitch Channel on August 2nd.