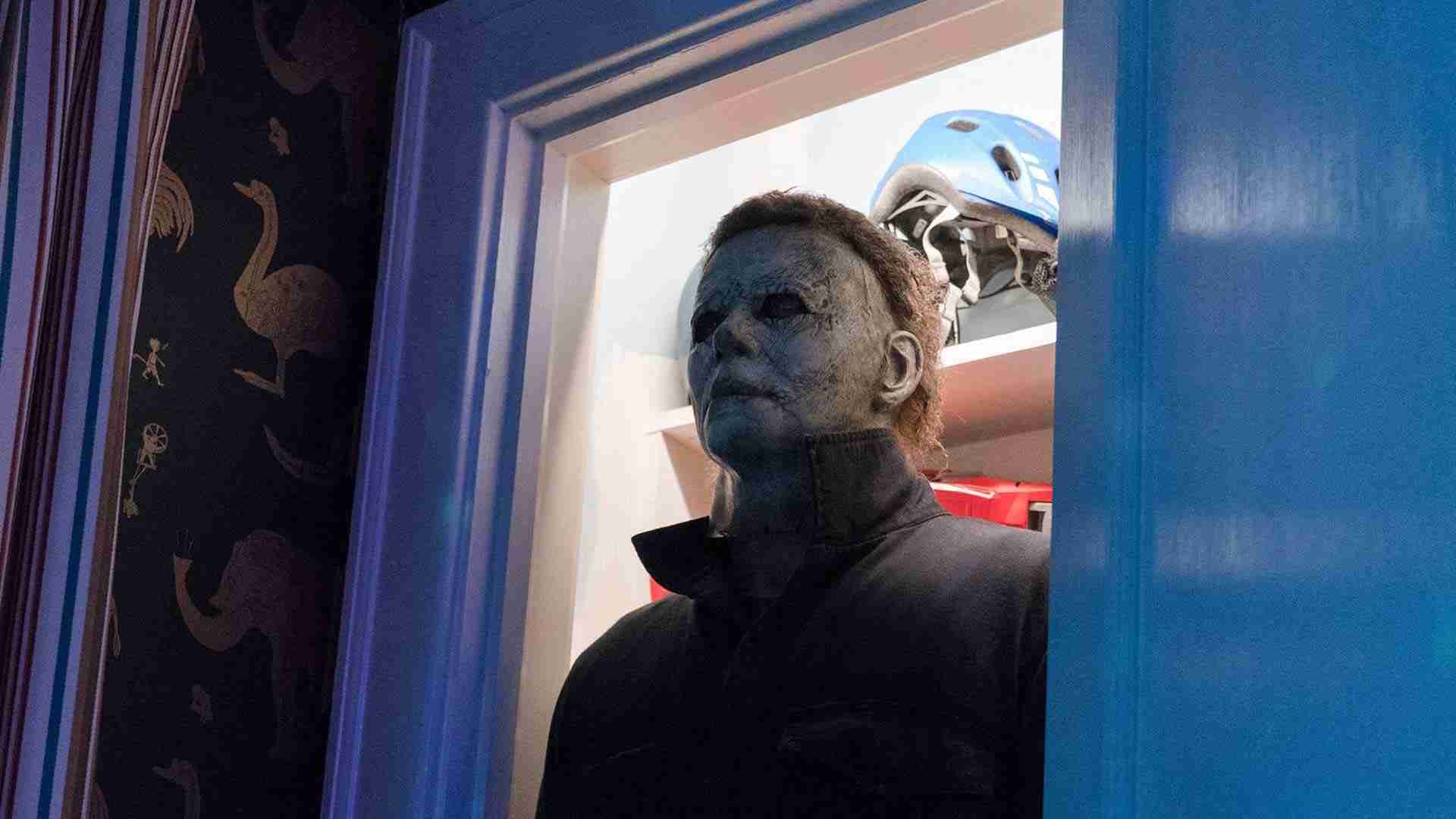 A new Halloween Kills fiery image has appeared. Halloween Kills is the sequel to revived horror classic, Halloween (2018). The new image revealed by Empire depicts horror icon, Michael Myers, exiting the burning home of Laurie Strode. After a Coronavirus-attributed delay, the screenshot may indicate Halloween Kills is on track to hit its October release window.

The horror sequel is set to come back with many familiar faces to the franchise. Jamie Lee Curtis,, and Andi Matichak are all returning as their family trio. Joining the cast, but no stranger to the franchise is Kyle Richards. As fans have probably guessed, Richards will once again play Lindsey Wallace from the 1978 film.

The revival of the Halloween franchise has retooled the franchise while at the same time developing sequels designed to tie up loose, which will culminate in the form of a trilogy. Led by director David Gordon Green, the series revival seems to recapture the magic of the original for a new generation.

With the generational shift comes the introduction of new themes. Curtis explains the second film will explore themes of community trauma and organized demonstrations, akin to the Black Lives Matter protests of this last year. When speaking to SiriusXM’s Jess Cagle, Curtis notes the following about the second film:

What we were seeing around the country of the power, of the rage of voices, big groups of people coming together enraged at the set of circumstances, that’s what the movie is. The movie is about a mob. And so it’s very interesting because it takes on what happens when trauma infects an entire community. And we’re seeing it everywhere with the Black Lives Matter movement. We’re seeing it in action and ‘Halloween Kills’ weirdly enough, dovetailed onto that, proceeded it, it was written before that occurred, but then of course, so when you see it, it’s a seething group of people moving through the story as a big angry group, it’s really, really, really intense. It’s a masterpiece.

Regarding the general premise when speaking to CinemaBlend, Green notes to Halloween Kills takes place on the same night Halloween ends. Green highlights the events of the first film brings a lot of characters from the 1978 movie back together in Halloween Kills. They gather and work together in hopes of taking down Michael Myers.

Halloween Kills is looking to build on the positive reception of the first movie in the trilogy. The new image shows movie two may be heading in that direction, but we’ll have to wait for it’s release to find out for sure.

Reach out on Twitter @DarkTagger and let me know if the new image has you excited for Halloween Kills?

The Falcon and The Winter Soldier EP. 1 Review (Warning! Spoilers)