Deadpool Joins Marvel’s Midnight Suns In DLC Football Manager 23 Finally Gets PS Release Date Over 100 Side Quests In Hogwarts Legacy Is a Smaller PlayStation 5 on the Horizon? I’ll Wait and See System Shock 2 Free With PC Remake Preorders
Way of the Witcher is the sixth expansion for GWENT. This time around the theme focuses on the origins of witchers and their creator, one of the most powerful sorcerers on the Continent — Alzur. In celebration of the expansion’s launch, a variety of time-limited offers featuring Way of the Witcher Premium Kegs and unique ornaments have been made available. The latter include the Laboratory Border, as well as the avatar bearing the likeness of Cosimo — Alzur’s teacher and the sorcerer who helped create the first witchers. Additional details regarding these launch offers are available via the in-game store.

Learn The Way of The Witcher

In a world plagued by horrors and monstrosities humanity desperately needed a new type of weapon to turn back the tide. Created by ingenious Alzur, Witchers born were professional monster slayers of exceptional strength, speed, and agility. They were tasked to end the threat once and for all no matter the means. Organized into different schools they honed their craft and passed their knowledge onto novices in training. Some of them were destined to become legendary heroes and protectors of humanity. Others became the very thing they were supposed to fight. New Cards to Bolster Your Numbers and Strengthen Your Army
From mighty wizards to terrifying mutants; from skilled Witchers to bloodthirsty monsters; and beyond. In addition to iconic locations, as well as all-new special cards — Way of The Witcher adds 10 cards per faction, as well as 10 neutral cards, all ready to reinforce any deck. With over 70 cards to chose from what will your deck look like? 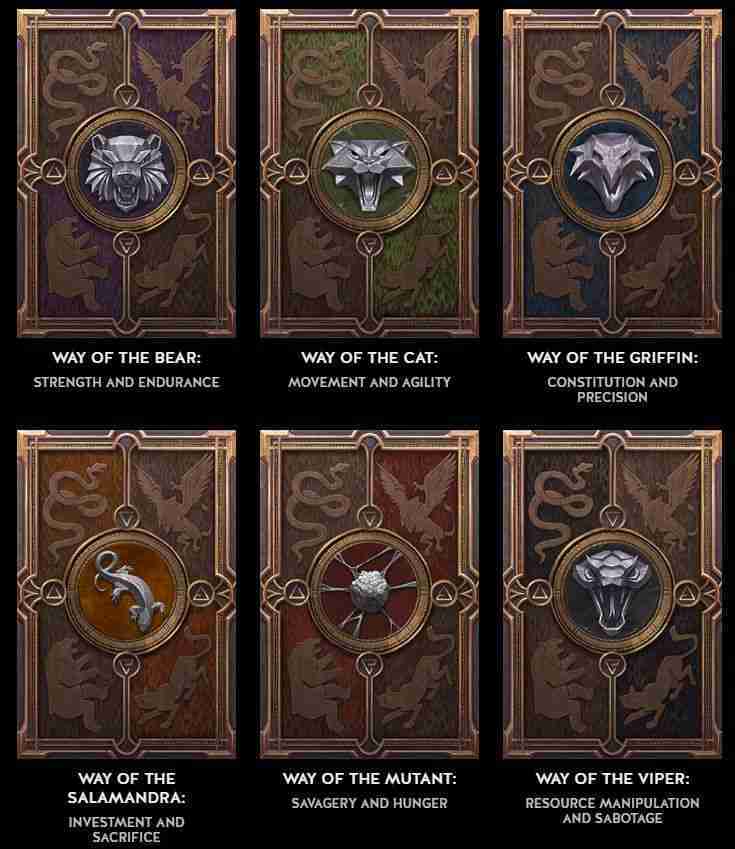