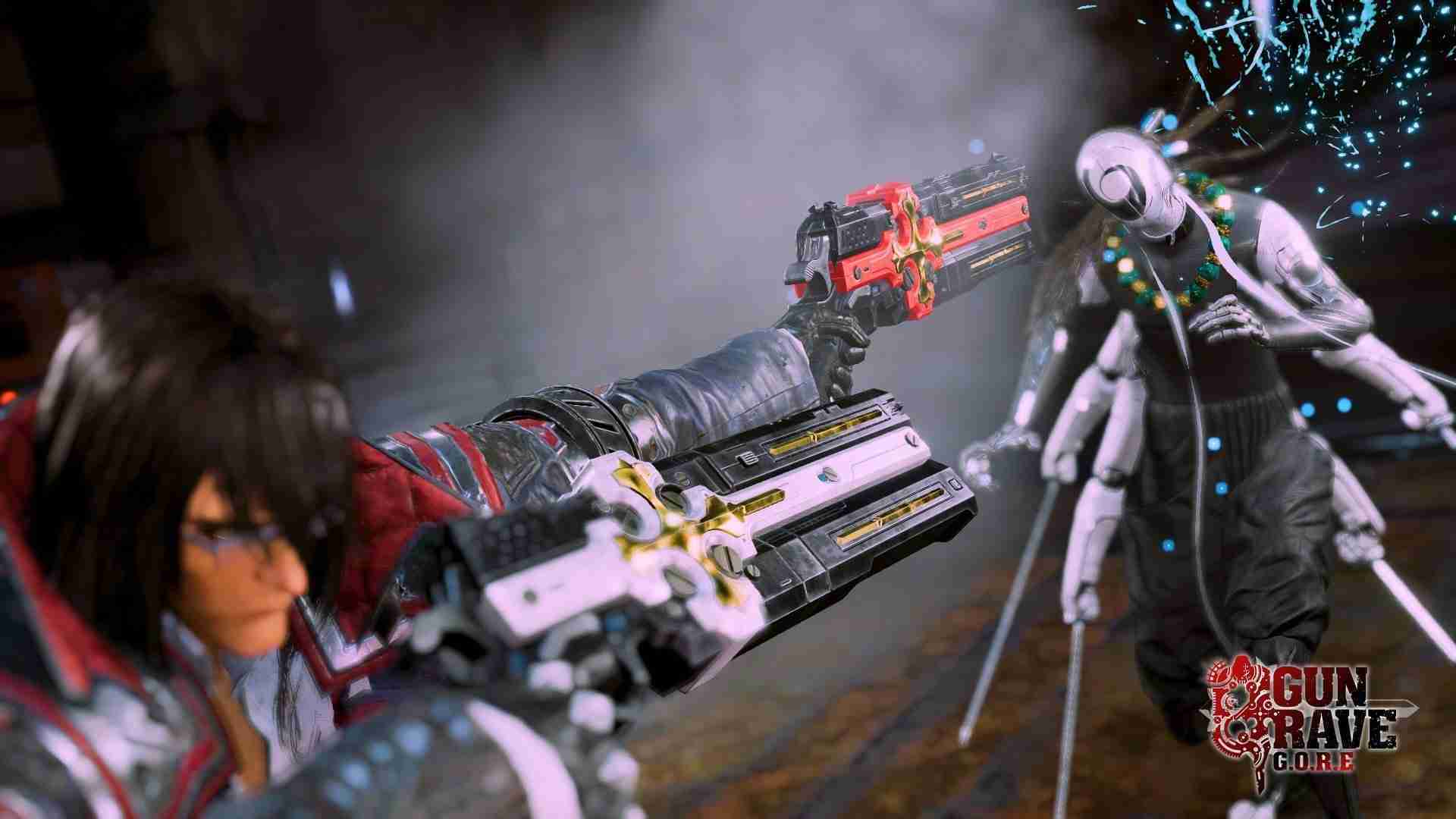 As the 2021 Tokyo Game Show gets started a few games, not part of the showcase, are getting in on the action. And one of them is developer Iggymob. Coming from Koch Media’s new gaming label, Prime Matter, is the rebirth of a classic series from Red Entertainment. But more than that to help kick off TGS 2021 is a new Gungrave G.O.R.E. gameplay trailer.

Although this is an action-packed trailer, it is actually an extended trailer. The teaser was originally released back in August during the Gamescom future games show. After that, it is hard to not get excited about the hard-pounding action with an entrance like Grave makes. Watching him plummet in a coffin unto an unsuspecting group of baddies and causing mass carnage, in short: chaos! And released on Playstations official youtube channel we get our first look at the extended gameplay.

As you can see this game is unapologetically over-the-top action like something straight from DMC or Bayonetta. As well as, you can see it doesn’t hold back on the G.O.R.E., see what I did there? Acting as a sequel to a 2017 VR title on Playstation VR called Gungrave VR; it’s looking to really break out and show what this hero can do.

Following its original announcement back at TGS 2019, the game ran into some troubles originally meaning to launch in 2020. The game is launching in 2022; and It will be on PC, Playstation 4 & 5, and Xbox One & Xbox Series X/S consoles.

It is exciting to see the rebirth of this 2002 PS2 title. For now, keep your eye looking for more information on their official site. Let us know what you thought of the Gungrave G.O.R.E. gameplay trailer below.