Todd Howard Talks Starfield | Beyond Good & Evil 2 FAR AWAY | Smash World Tour Canceled – 2XP 227 Bravery and Greed Review – Bite-Sized Rogue-lite NEOWIZ Sale On The Nintendo eShop INDIE Live Expo, Winter 2022 Crisis Core FFVII Reunion Digital Preorders Are Live
At Pax South 2020 I became enamored by an indie title called Greak. So much so that I had brought over everyone who had come to San Antonio with me over to the booth to play this title by Navegante. Everything from the artwork, music, and overall feel of the game screamed for me to play the demo multiple times. In addition, I found out that not only does Greak have the potential to capture the heart and minds of gamers, the developers are really nice people too. The kind of people you want to root for and ultimately see succeed. I took a few minutes speaking with them as a very excited and intriguing fan to learn as much as I could about the title. The more the developers spoke about the game the more I could tell this game was a passion project and it truly meant a lot to them. Visit their website for more information. 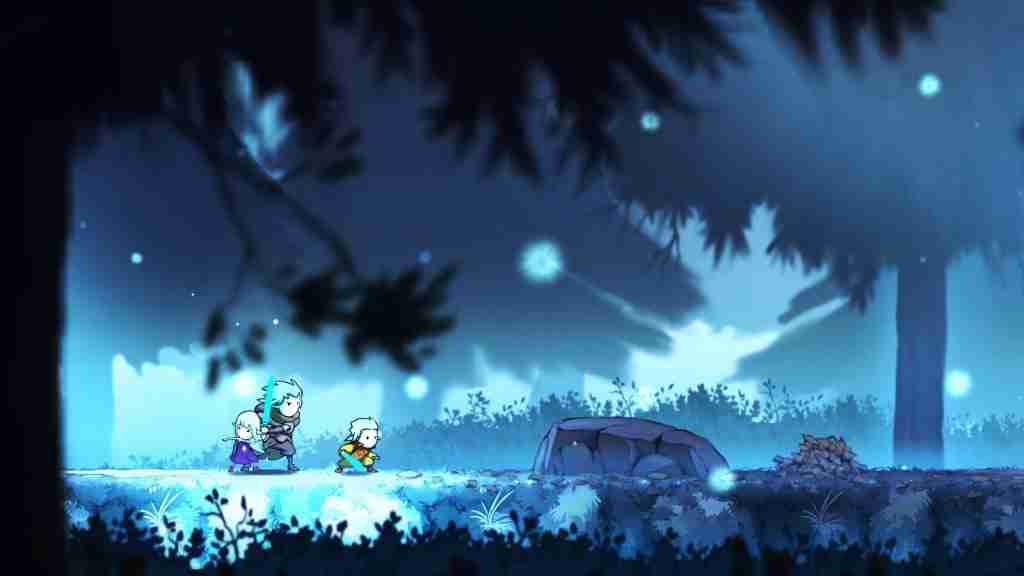 Greak: Memories of Azur its a side-scrolling single-player game with traditional hand-drawn animation. In this adventure, the player will take the role of three siblings: Greak, Adara, and Raydel. You will need to guide through the lands of Azur. You will be able to alternate control between them at any moment and use their unique abilities to escape from the Urlag invasion.

Greak is the name of the main character, and the smaller brother of three. He belongs to a magical race called the Courine, which is currently under the attack of an enemy invasion from a faction called the Urlag. This battle has been going on for a long time, and the Courine are starting to flee their own lands. Greak’s goal is to reunite with his brother and sister and then escape the lands of Azur by building a zeppelin piece by piece. Through the game, you will find each sibling in different situations, and once you do, they will join the adventure and help you progress through the game.