Ranking Nintendo Directs Part 5 | Cogs In A Machine Ep.36 Early Impression of The DioField Chronicle Demo Blossom Tales 2 Review (Switch): Return Of A Campfire Story. Thymesia Review – An Introductory Soulsborne Experience Hogwarts Legacy Hit With Delay
Giant Squid’s upcoming action-adventure game, The Pathless, published by Annapurna, has a confirmed release date of November 12th. The 12th being specifically significant because it coincides with the release of the upcoming PlayStation 5. As well as PS5, The Pathless will also release for iOS, PC, and PlayStation 4 on the 12th. 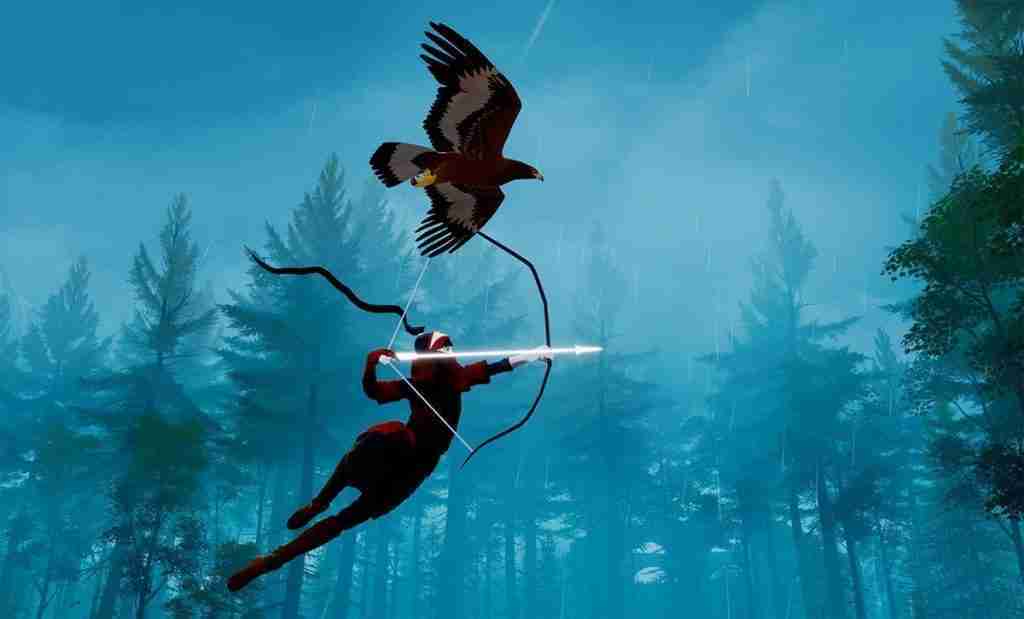 With The Pathless closer than ever to launch, I wanted to take some time to share some more about the game and announce some big news! I’m excited to announce that you will be able to play The Pathless on your new PlayStation 5 the minute you get your hands on it. That’s right, The Pathless will be available on November 12 as a PlayStation 5 launch title!

On the PlayStation blog, creative director Matt Nava adds further details for the game. The game will feature a gorgeous open world with fluid movement at 60 frames per second on PS5. The Pathless will also take advantage of the DualSense controller’s haptic feed back. The blog makes mention of “feeling the force of every arrow shot”. From the makers of Journey and Abzu, The Pathless centers around exploring a vast land corrupted by a dark curse. As The Hunter, the player will forge a connection with an eagle companion and together will rid the island of this curse. The Pathless on PS5 further strengthens a great list of titles releasing alongside the console. The list includes games like, Demon’s Souls, Spider-Man: Miles Morales, Godfall, and Destruction All-Stars.
What’s your Reaction?
+1
0
+1
0
+1
0
+1
0
+1
0
+1
0
+1
0
Facebook Twitter Email
👁️ 113