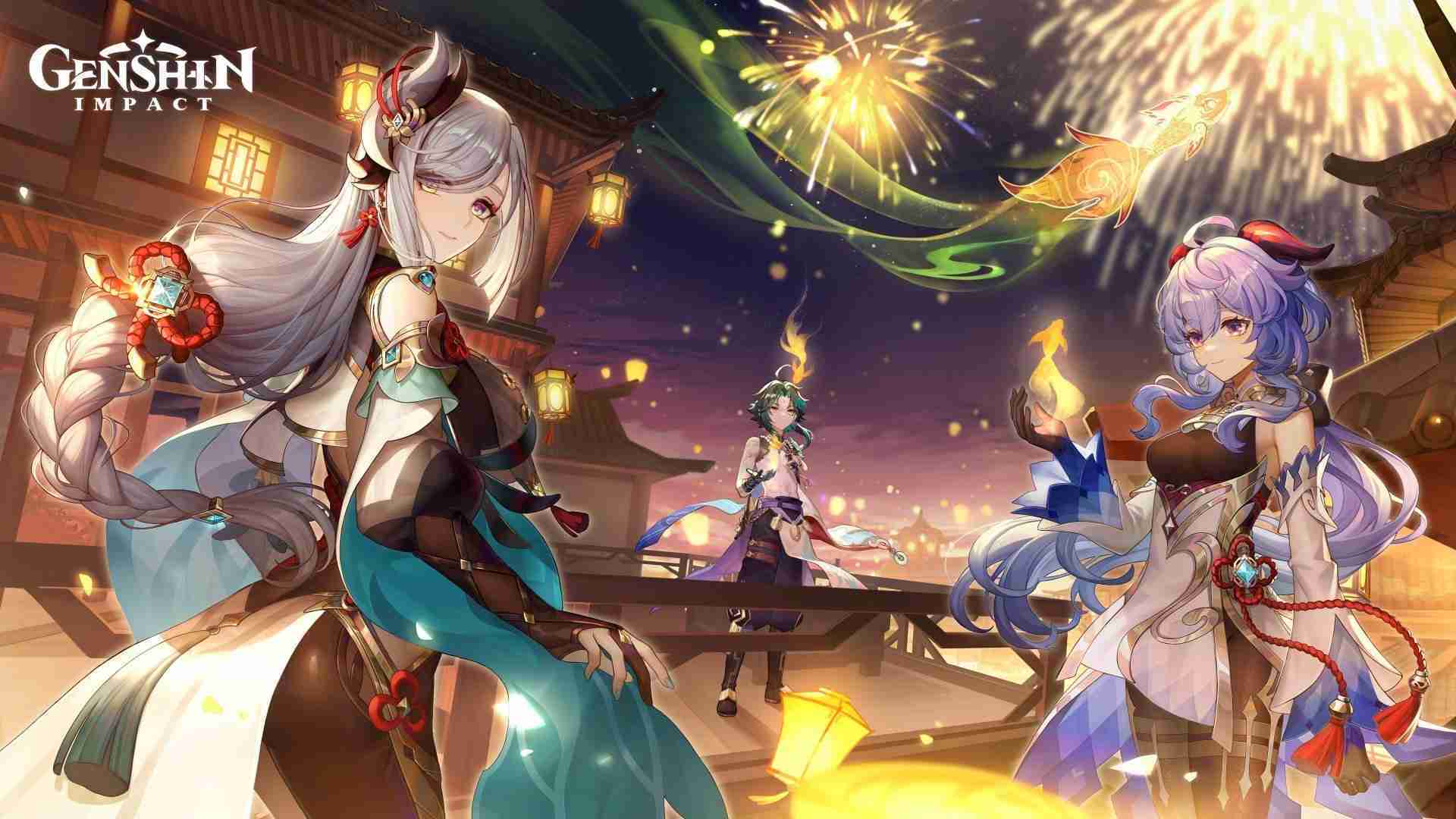 “Fleeting Colors in Flight,” the title of the future Genshin Impact update will go live on January 5, 2022. miHoYo the developers of Genshin Impact announced update 2.4 will celebrate Liyue’s annual festival, the Lantern Rite. After 1000 years the sealed away underwater nation Enkanomiya is back and is the new area in Genshin Impact. So the latest update will bring a chance to obtain a free four-star Liyue character also other obtainable rewards.

The floating island of Enkanomiya is beneath the ocean and the light shines from an artificial sun. The ancient civilization is the ancestors of the Watatsumi Island people and creators of the artificial sun named Dainichi Mikoshi. Dangerous enemies and puzzles fill the ancient ruins such as Bathysmal Vishaps the cunning pack predators. With the new challenges that the 2.4 update brings it also brings two new polearms, user companions.

The first new companion has the power of cryo and is a five-star character named Shenhe. With her elemental skills, she can boost nearby party members’ elemental skills. Not only that she can also boost elemental burst damage.

The other new companion is a Four-Star Geo Vision owner named Yun Jin. She can buff teammates’ normal attacks. The voice actress who plays her is a professional Peking Opera Artist while she is singing, and various voice actors will play her daily life dialogues.

The Lantern Rite is filled with games, vendors, and other festivities to celebrate the occasion. Moreover, there will be a chance to get one of the eight four-star Liyue characters and even help the locals reconstruct the Jade Chamber. Also, a new outfit for Keqing, Opulent Splendor will be for sale for a limited time discount. Finally, Genshin Impact’s 2.4 Version update will go live January 5, 2022, and is available on PS4, PS5, Android Devices, PC via Epic Games Store, and iOS App Store.

Vanguard Multiplayer, Another Look At The New Call of Duty