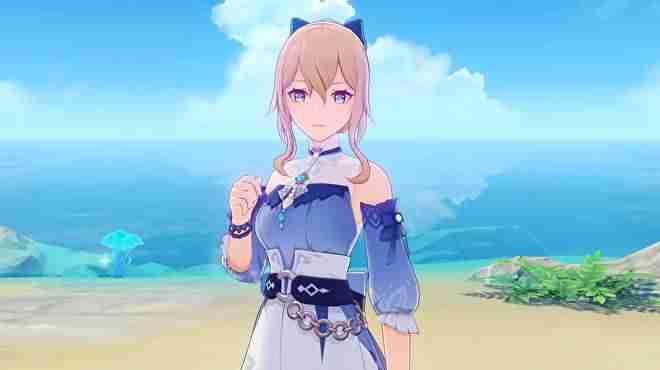 After shutting down the private beta due to leaks, miHoYo hope to manage the next Genshin Impact update release better. Though some leaks have appeared on some additions to the story.

The summery-themed 1.6 update is due very soon, scheduled for release on 9th June. It has been entitled Midsummer Island Adventure.

It appears we see a new character with some leaks providing a first look at Baal and the Electro Archon. This is set to be Kazuha. The story trailer leaked online, revealing there is history with Baal.

What is provided is summer-themed alternate outfits for Barbara and Jean. The outfits for Barbara will also be made available via in-game activities. It also adds new events and mini-games. More information on the changes is found on the video here, but examples are the option to now sail co-op.

Mihoyo also gave a brief glimpse of the look next major zone in Inazuma. This map addition will be added in a later update but no date has been given. It may be worth following their YouTube channel for further developments.

If you’re unsure what Genshin Impact is about then it’s best described as an action RPG set in an open world environment. It is described as having an “action-based battle system using elemental magic and character-switching,”. There is no single-player element as it is online-based featuring up to 4 player co-op. It may be worth your while checking the official website as well.