Todd Howard Talks Starfield | Beyond Good & Evil 2 FAR AWAY | Smash World Tour Canceled – 2XP 227 Bravery and Greed Review – Bite-Sized Rogue-lite NEOWIZ Sale On The Nintendo eShop INDIE Live Expo, Winter 2022 Crisis Core FFVII Reunion Digital Preorders Are Live
Gears POP! was the first Microsoft game to go mobile, and while it released in August 2019, Gears POP! is closing April 26, 2021. The game was known for its combination of the gritty gears universe, and Funko’s signature figures. Gears POP! is a real-time strategy game that was modeled after Clash Royale. The news was released today, and nothing will change with the game until the servers shut down in April 2021. The creators of Gears POP! informed players that if they made a purchase within the last 90 days that refunds will be automatic. They did notify that refunds can take a few weeks to be processed. This also means that in-app purchases have been disabled so they can process the refunds. 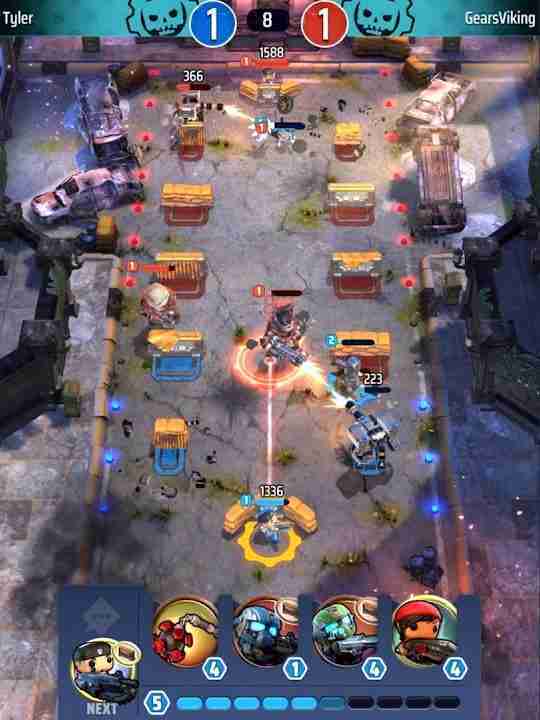 As well the website explains the reason for the closure is due to the difficulty of addressing and solving issues as well as giving support. Other speculations for the closure is due to low player counts on a day-to-day basis from its launch. With the closure, the company promised many things. Old horde modes will return, as well as an increase of seasonal rewards with a higher percentage of the legendary pin drop. The mobile game will be mostly the same as you can still play, level up, and use any of the remaining crystals until the servers fully shut down on April 26, 2021. The game was a strange one and faced a bit of criticism since it was another company trying to get into the competitive market of mobile gaming. Another piece of criticism was the similarities to Clash Royale but it is still an enjoyable game. The news broke to the small player base and some players gave their respect for the game on social media.
What’s your Reaction?
+1
0
+1
0
+1
0
+1
0
+1
0
+1
0
+1
0
Facebook Twitter Email
👁️ 47