Games with Gold for August 2021 Has Been Revealed. Are They Any Good? 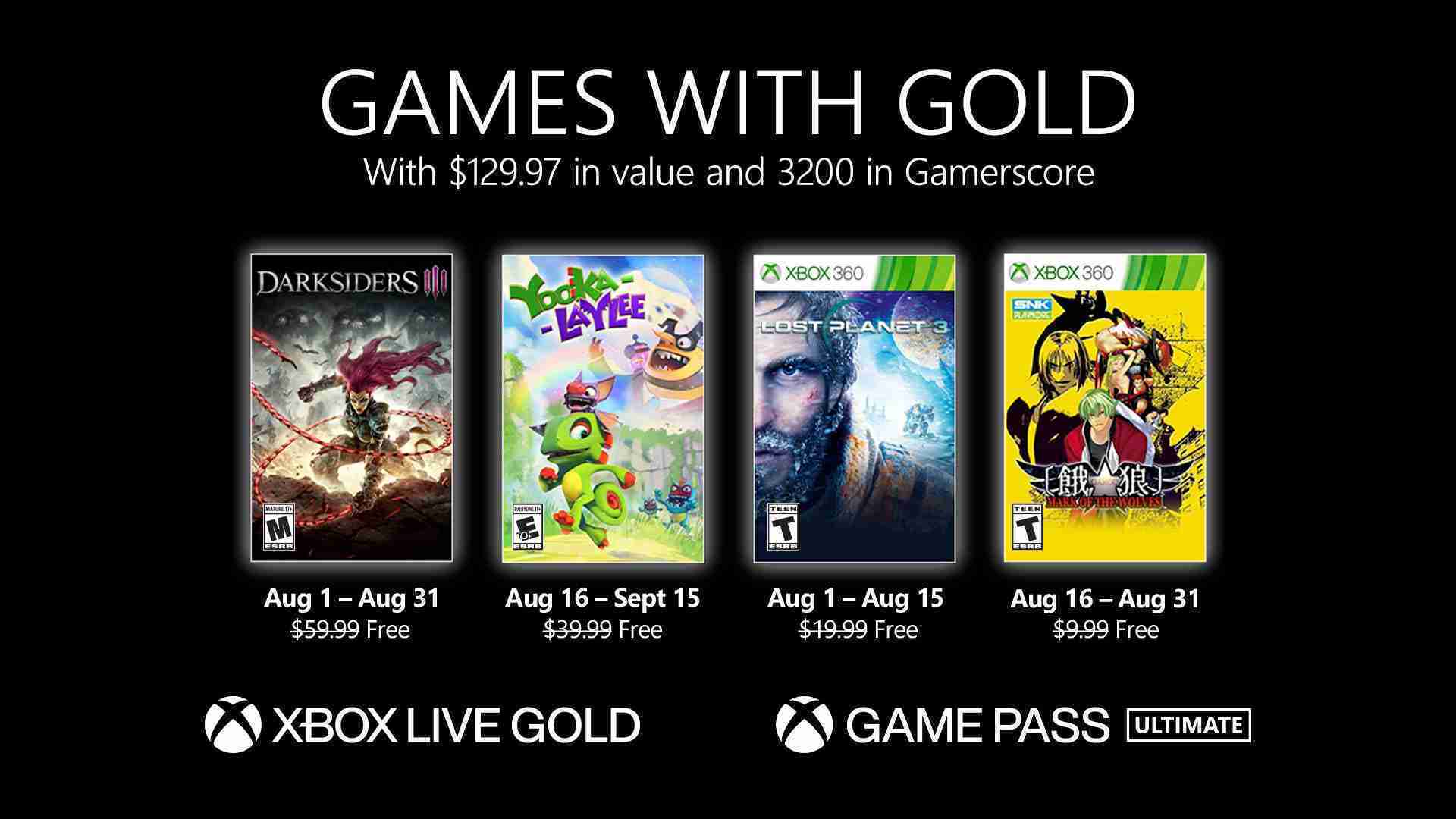 Each month players subscribed to Xbox live or Xbox Game Pass ultimate are met with a slate of new “free” games. Here is what you can expect for Xbox Games with Gold for August 2021 via Xbox Wire.

In this hack-and-slash action-adventure, assume the role of Fury, one of the Four Horsemen of the Apocalypse, in her quest to hunt down the Seven Deadly Sins. Explore an open-ended, living world, and use your whip and magic to restore the balance between good and evil.

Explore huge, beautiful worlds and meet an unforgettable cast of characters. As buddy duo, Yooka & Laylee, embark on an epic quest to thwart the corporate villain, Capital B, and his devious scheme to absorb all of the world’s literature.

Delve deeper into the history of the Lost Planet universe. In this prequel to the previous entries, relive the adventures of Jim Peyton as he reveals the hidden truths within the environments of E.D.N. III, in a highly engrossing single-player experience.

Garou: Mark of the Wolves

As the last entry of the classic Fatal Fury series, select over a dozen different fighters to participate in the King of Fighters: Maximum Mayhem tournament. Featuring the T.O.P. fighting system, and a defense and counter mechanic, prove to your opponent that legends don’t die…they get better!

What are your thoughts on the Xbox Games with Gold August 2021 line-up? Leave some suggestions on what we can do better or change. Are you interested in writing, editing or just being a part of Lv1 Gaming? CONTACT US HERE!