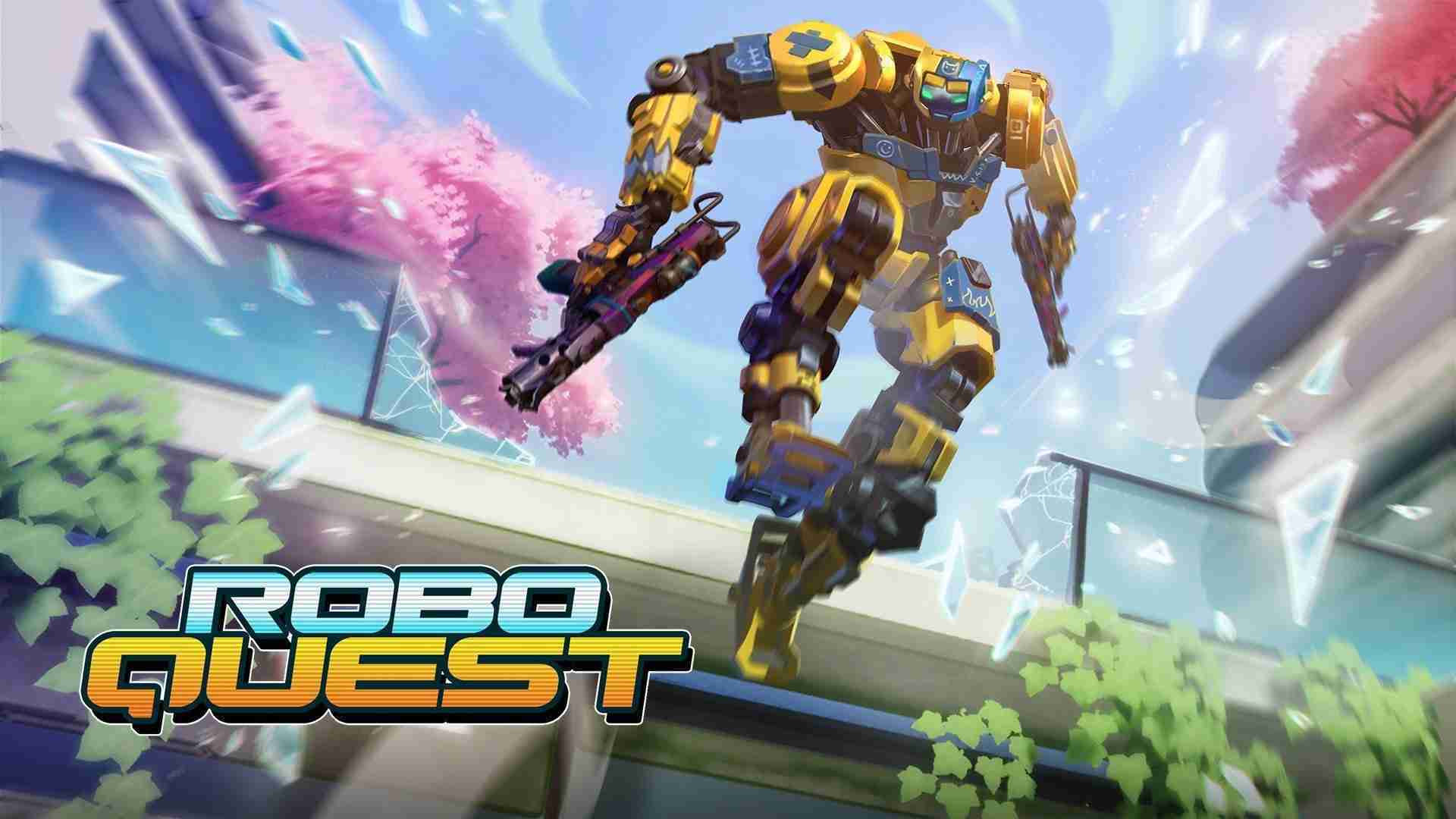 RyseUp Studios has announced that their FPS roguelite Roboquest will be launching exclusively into Xbox Game Pass for console and PC.

The cell-shaded comic-style shooter is a fast FPS Roguelite that places an emphasis on inventive gunplay action and precise movements. This title can be played alone in solo play or you can team up in some co-op action. If you wondering what this title is, it is described by the team as the following:

Well, the year is 2700. Climate change and wars have changed the face of the world that we currently know. Humans live scattered throughout the desert, struggling to survive.  A young scavenger girl named Max stumbles across an old Guardian robot, lying abandoned in the sand. She activates him, knowing that possession of a Guardian will give her an advantage at surviving. Turning on the old Guardian kicks off a dangerous journey that will take the unlikely pair from dangerous canyons to vast cities searching for answers to mysteries that may save humankind.  It will be difficult. Badbots and their bosses will stop at nothing to protect the secrets that could decide the fate of humankind.

Check out the action packed trailer below.

Additionally, players on both PC & Xbox can play together as this title will support cross-platform play. There currently is not a release date set for this title.

<— Where To Find A Xbox Series X

What did you think of the action packed trailer for RoboQuest? Leave some suggestions on what we can do better or change. Are you interested in writing, editing or just being a part of Lv1 Gaming? CONTACT US HERE!