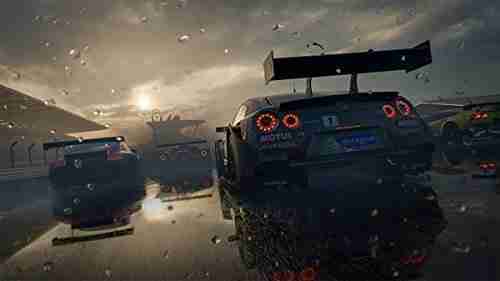 Forza news, and this time it’s not the upcoming Forza Horizon 5 in the headlines. It’s regarding the mainstream franchise. The latest in the franchise is Forza Motorsport 7 and Jacob Norwood posted on the official website that after 15th September, Forza 7 reaches the end of its life.

This means the game won’t be available to purchase digitally from the Microsoft Store or available via Xbox Game Pass after this date. And the reason is explained simply on the game’s Twitter. They use licenses to use real cars and tracks in the game. And the licenses are starting to expire, meaning they can’t sell the game.

So what if I bought the game?

Many of us, myself included, own this game digitally? However, we do have some good news. On the website it clearly states.

However, after September 15. players who already own Forza Motorsport 7 will still be able to download and play the game and its associated content as normal. In addition, features like multiplayer and online services will still be accessible for those who own the game.

What about older titles in the series?

It’s happened several times before. They usually last around 4 years. For example, the previous Motorsport title in Forza Motorsport 6 was released on 15th September 2015. 4 years later this reached the end of its life.

Are Forza Horizon titles affected by this?

But what about people who only bought the DLC for Forza Motorsport 7?

Forza Motorsport 7 causes a problem. It’s available on Xbox Game Pass. However, after September 15th it is getting removed from the catalog. Many people may just buy the DLC as it’s a first-party game so they are expected to stay. The website gives clarity on this situation.

For any Xbox Game Pass players who previously purchased DLC for the game, but not the game itself. we have good news! You’ll receive a token for the game through the Xbox Message Center so you can continue playing Forza Motorsport 7. Token distribution will be through August 2. However, if after that date you have not received your token, please contact Xbox Support here. (Unused tokens will expire on September 15, 2023.)

Well assuming the license period is the same expect a similar procedure next year. As for the likes of Forza Horizon 5 and the Forza Motorsport reboot, this could be repeated but those haven’t launched yet.

Why do other racing franchises not suffer this?

It’s a popular question on Twitter. Fans of the series have spotted the likes of Need for Speed Rivals, a 2013 release is not affected. In fact on Xbox, it’s on sale and available on Game Pass Ultimate via EA Play.

Forza also has more supercars and hypercars than other games. And the manufacturer can be protective of the brand. Ferrari is one such manufacturer. According to Jalopnik, they sent a cease and desist to musician Deadmau5 over customizing his 458. They weren’t happy with the custom badges so they asked for the custom emblems removed. Even the BBC in UK had issues with manufacturers. Before being fired and then later joining Amazon, Jeremy Clarkson of Top Gear tried to get in a race with the Ferrari Laferrari, Porsche 918 Spyder, and McLaren P1. The manufacturers would not agree to it for a while. It took until the former Top Gear team, Clarkson, James May, and Richard Hammond joining Amazon. And that was on the Amazon motor show The Grand Tour.

What if I want to buy it?

As it’s still playable for owners and the price is heavily discounted, now is a fantastic time to jump in.

Damsel Releases On Ps4 This October & It Looks Amazing