Foreclosed: All Style No Filling 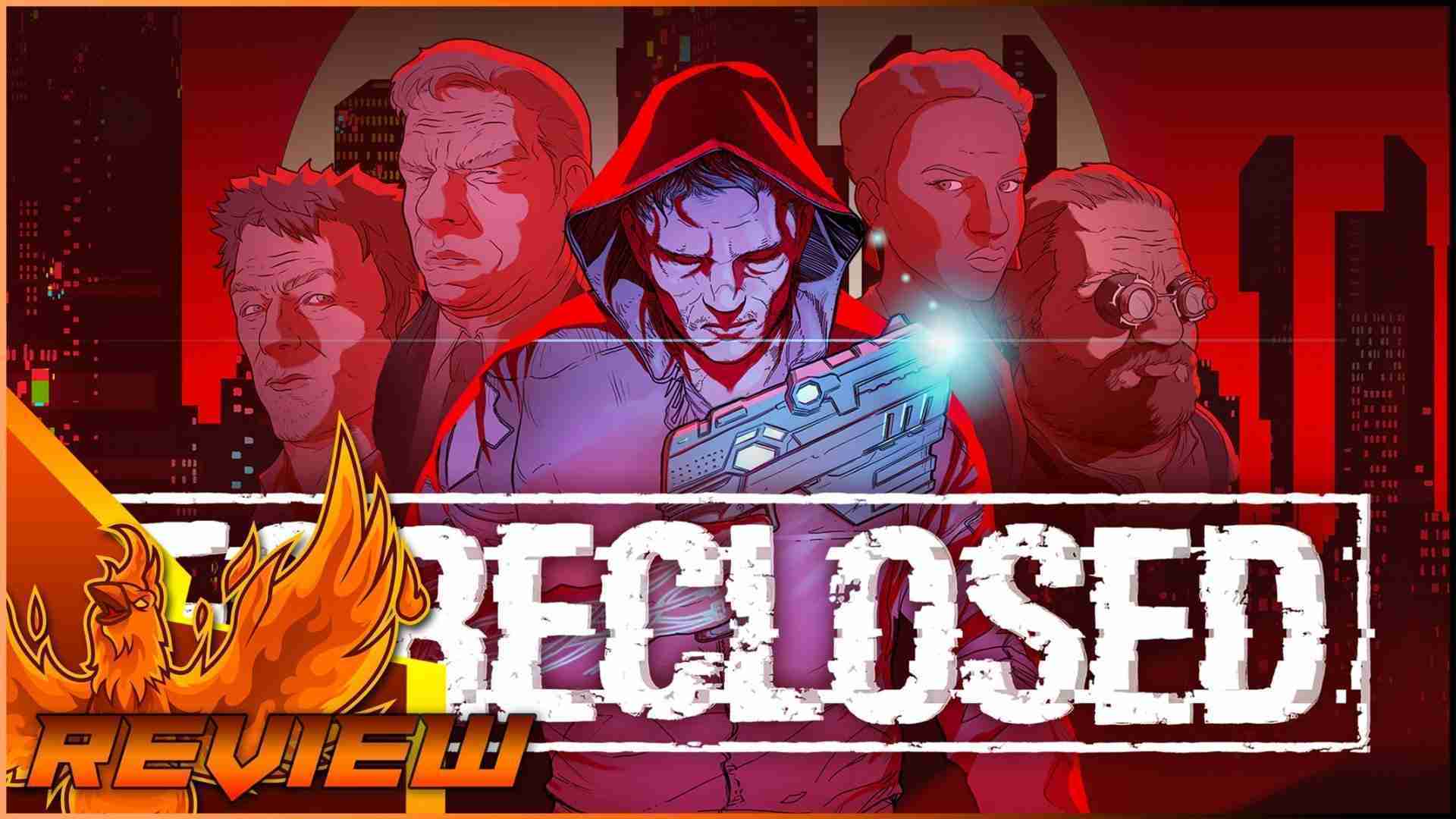 If I had to sum up this Antab Studio and Merge Games latest outing in a few words I would say Pretty but shallow. That kills me to write that I was really looking forward to this cyberpunk, dystopian stylish thriller that Foreclosed was marketed as. The marketing looked banging and the lead-up was interesting but this game just falls flat once you load up and start stumbling your way through it. Foreclosed does some very cool visual and gameplay tricks. Unfortunately, that gets overshadowed by the game feeling like it’s actively working against you.

Foreclosed starts with you finding out the company Evan Kapnos worked for has gone belly up and they are auctioning off your identity. It kicks off from there with people trying to kill you while sneaking around and avoiding them. There’s backstabbing, liars, and mystery going on in this cyberpunk fever dream.

What really drew me into this game was the comic book almost cell-shaded look. It reminded me of Viewtiful Joe and XIII. However, once you get into the game you realize it doesn’t have that level of care and detail crafted in. It does have a very cool hand-drawn mixed with a 3D modeled look and the cell shading is just there in hints so it doesn’t distract you. The whole marketing draw was the comic book panels and text that would appear throughout the trailer.

While a cool look most times I personally believe the splitting and panels while cool conflict with the controls so much that you almost grow to dread them showing up. Don’t get me wrong I appreciate the work that went into the cutscenes and comic panels. Unfortunately, though I do wish there was a way to skip past them. It can probably be done with a hotfix or something but with how frequently I was dying and having to rewatch them the ability to skip would have been great.

Although the hallways and ways to go are linear and follow the basic bad guy here this is the way to go it was easy to get turned around and lost. It doesn’t help that the color variation is limited with the bright pink cyberpunk look. I’m color blind so there were several times I had to backtrack because I went the wrong way because it all looked the same. Although there is a waypoint system that only shows up when you are already close to the objective.

In addition, I felt the camera was WAY too close a FOV slider would really be a benefit here. In some sections, the camera will lock you into some camera angles where you can’t see if you are hiding or in the open. Or if something is in your way while you’re walking so you keep getting hung up. I did like that you can switch the shoulder that the camera is over. It was really useful to not have to stick your whole body out to shoot. Never before have I ever used that feature so much.

Overall I was kind of disappointed with the lack of options for a game in 2021 on PC. The only options being resolution, v-sync and audio controls. Controls are also a mix of wasd, the arrow keys, and mouse with no way to rebind them. This might have been better on a controller but that’s not the way I wanted to play.

It’s not all doom and gloom though. Foreclosed has some cool features like the ability to hot-swap both implant abilities and gun abilities. As you earn XP you can unlock different skills with the ability to have 3 of each at a time. There is also no reloading which is nice as they like to throw a minimum of 4-6 guys at a time. You also unlock through your implants powers like telekinesis. It reminded me of 2012’s Syndicate with the ability to use implants to hurt others.

I do wish you could make your gun stronger and while you may say that you can unlock armor-penetrating and shield penetrating rounds that does not make the gun that much stronger. I think the best power combo is the telekinesis with the homing bullets and bullets that explode on impact. The telekinesis has no range so even if you’re hiding behind something and can’t see you can still take someone out.

I also did enjoy the voice acting on display. While the subtitles often didn’t match what was being said the cast here really did the most with what they had.

Stumbling Through The Dark

Foreclosed is HEAVY into trying to be a stealth game. However, it fails on the fundamental tried and true stealth classics. There’s no sprinting, just a roll. There are enemies you have to avoid with no vision cones to see where the enemies are looking or the range they can see. One enemy may be able to see you across a room while another won’t be able to see if you are standing right next to them. The auto-turrets can see you behind them somehow. It’s kind of a mess.

The checkpoints and saves are killer. I’d prefer to have quick saves in a stealth game like this. For me, it forces me to not take chances or be creative with how I want to take out enemies. Or get frustrated when there is a sneaking section and I get spotted at the end only to be forced to start from the very beginning which can be 15 mins or more if you take your time of gameplay.

By the trailers and other promo material you would think this is a fast-paced run and gun 3rd person shooter but that is so far from the truth. I felt like I was playing Mass Effect 2 on Insanity in some sections. I had to wait for the enemies to come to me and try to get the headshot on them from as far away as possible. Once I unlocked the auto homing I would just rapid-fire hoping to take them out first before your paper skin-like character gets taken out.

The enemies can shoot through the edges of walls, floors, and other objects even when you can’t. It doesn’t help that you die so quickly while the enemies are bullet sponges. Usually 6-7 bullets per enemy. While there is regenerating health it just pays to cheese it and let the bad guys come to you.

It feels like the devs had a clear vision but either not enough time, know-how or lost the path somewhere to get it done. I do think with some patches and hotfixes that some of the hitbox and small issues can be resolved but some problems are hard-baked into it. I felt like Foreclosed wasted my time and effort I put into pushing through it and if I wasn’t reviewing it I would have asked for a refund and I’ve never asked for a refund. It has some cool features but the core of it being a stealth shooter game it fails. If you like the look of it I already mentioned a few games here that handle it better.

If you wish to play some cyberpunk-themed shooters I would recommend Syndicate the remake from 2012 and the cult classic Deus Ex series. I’d also recommend The Ascent on gamepass. It has issues as well but a more complete game for certain. Heck, I’d even recommend Cyberpunk 2077 before I say hey drop $20 at least here in Canada. When all the games I just mentioned can be bought for less right now. I’m unfortunately going to have to recommend you to pass on Foreclosed until it fixes its issues or you can get it for under $5.

Dual Universe Gets Detailed Plans for The Future