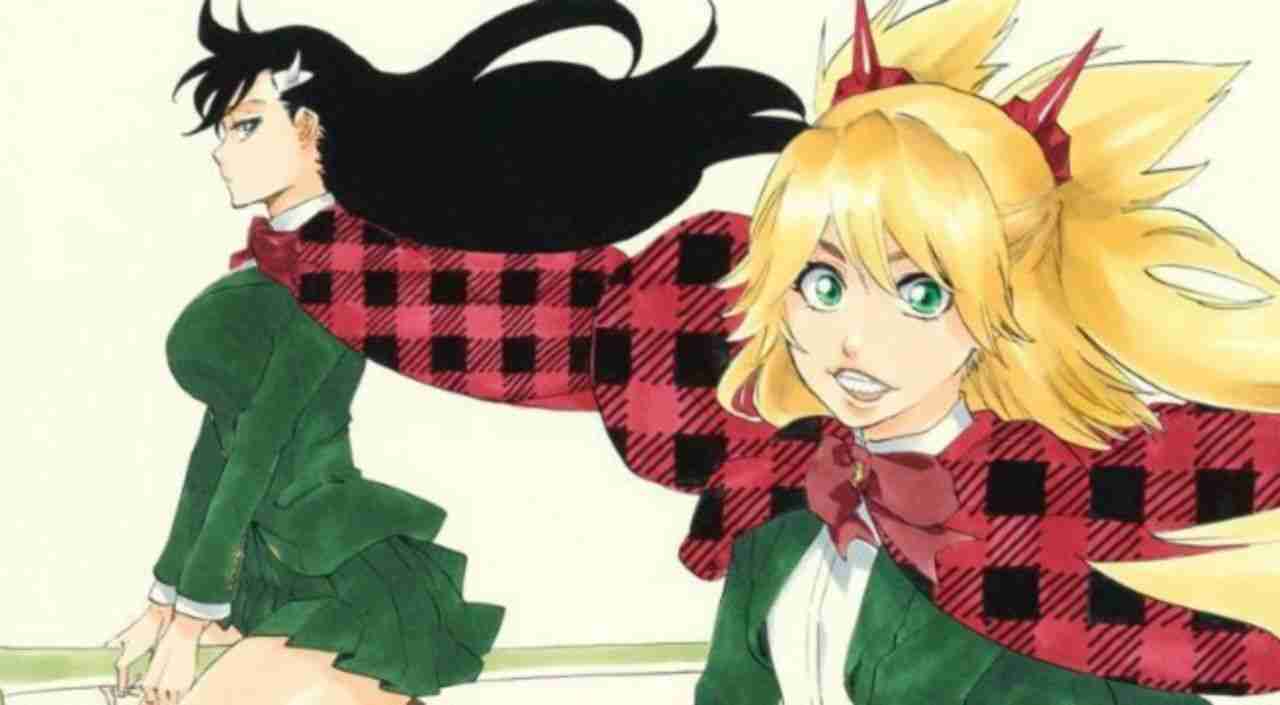 With the release of the latest trailer for Tite Kubo’s, Burn The Witch, we get a stylized first look at the anime adaptation along with its release date of October 2nd, 2020. Let’s take a quick look to see what we can look forward to when it premieres on Crunchyroll this fall.

From the trailer, we are following protagonists Noel Niihashi and Ninny Spangcole as they work for Wing Bind, an organization meant to conserve and protect dragons and the threat they pose on the citizens of “Front” London. However, Wing Bind works behind the scenes in “Reverse” London, a space not accessible to normal people. Those who live in Reverse London are able to see the dragon, which are often invisible to those in Front London.  If you are familiar with Bleach, Tite Kubo’s more identifiable work, the idea of a reverse or alternate plane is similar to that of Fake Karakura Town or Soul Society.

From the trailer, we can see some of the supernatural elements that make Kubo’s work so unique. From London-esque structures with steel-fortress barriers slam down to Harry Potter-like secret name place switches, Burn The Witch is looking like a lot of what fans love from Tite Kubo. We even get a look at Noel using magic, which seems to follow a similar number structure to the Kidō spells used in Bleach.

This first look is also incredibly exciting as this will give us a taste of what we can expect with the return of Bleach in 2021. If you can’t wait for October for Burn The Witch, you’re in luck as the original one-shot of the manga is already available and starting this weekend, a weekly limited-run of the manga has started, viewable on Viz Media.

I for one am very excited for Burn The Witch, as I was a diehard Bleach fan during its anime run. Let me know what you think of Burn The Witch on my Twitter @Darktagger.

Synopsis as provided by Crunchyroll:

Historically 72% of all the deaths in London are related to dragons, fantastical beings invisible to the majority of the people.

While unknown to most, some people have been standing up to these dragons.

Only inhabitants of Reverse London who live in the hidden “reverse” side of London can see the dragons. Even then, only a selected few become qualified enough as witches or wizards to make direct contact with them.

The protagonists of the story are witch duo Noel Niihashi and Ninny Spangcole. They are protection agents for Wing Bind (WB), an organization for dragon conservation and management. Their mission is to protect and manage the dragons within London on behalf of the people.