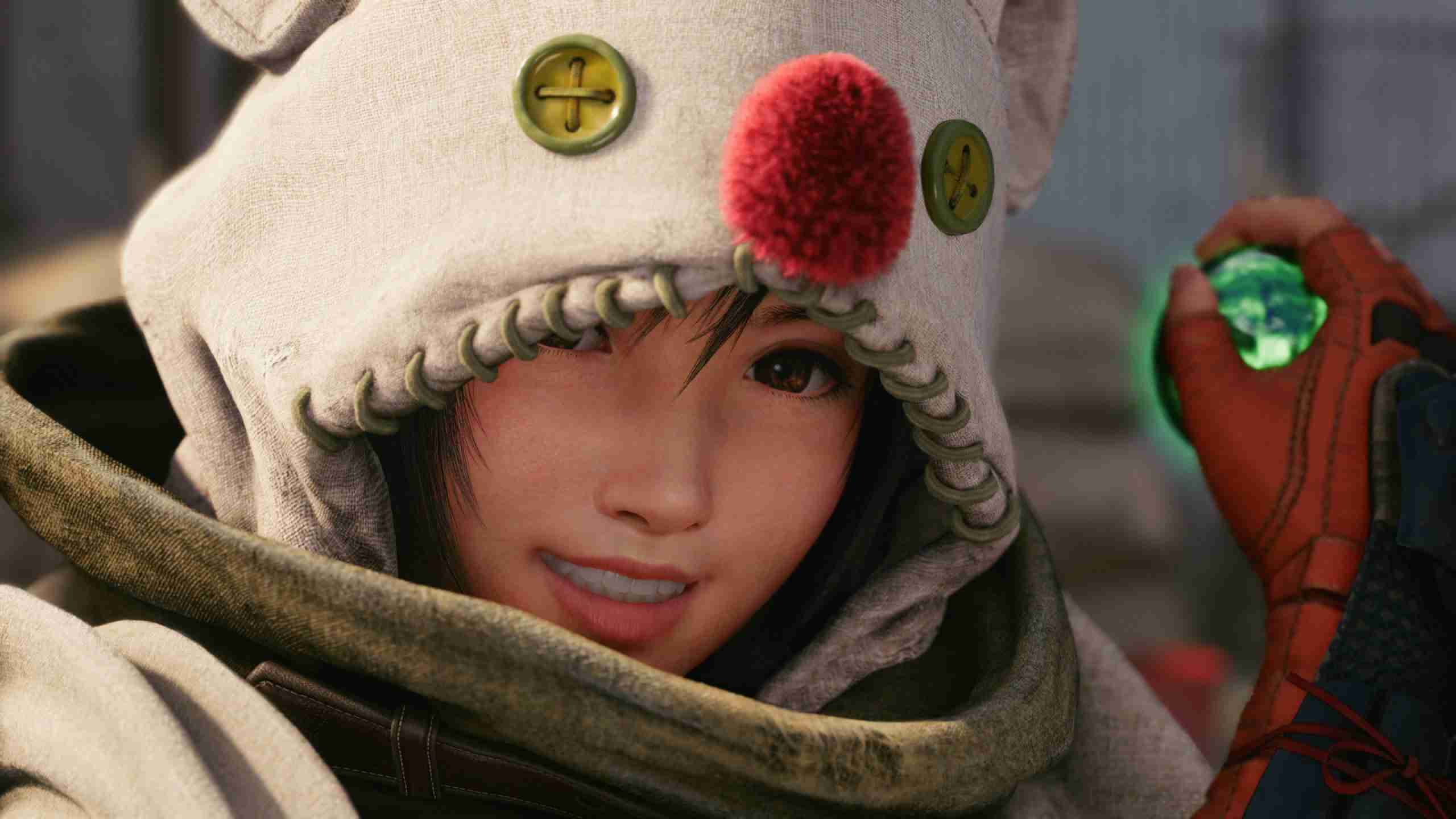 Last week Sony broadcast a State of Play with various announcements. Following this Square Enix released new information and screenshots for their Final Fantasy VII Remake Intergrade due this summer.

This will introduce how it’s enhanced on PlayStation 5 and the new episode which features protagonist, Yuffie Kisaragi.

By exploiting this resource through their Mako Reactors, the Shinra Electric Power Company has all but seized control of the entire world. A ragtag group of idealists, known as Avalanche, are one of the last bastions of resistance.

Cloud, an elite SOLDIER operative turned mercenary, takes part in an Avalanche operation to destroy Mako Reactor 1 in the city of Midgar.

The bombing plunges the city into fiery chaos, and amidst the raging inferno, Cloud is tormented by visions of a bitter enemy long thought dead.

After this hallucination fades, he meets a young woman selling flowers, who offers him a single yellow blossom.

In that instant, a host of swirling shadows surround them.

Once more begins a story that will shape the destiny of an entire world.

Improved lighting throughout the game’s various locales paints an even more vivid and beautiful picture of Midgar.

In the newly-added Photo Mode, not only can you adjust the camera position, but the angle, color, and exposure when capturing screenshots.

Amidst the confusion of Mako Reactor 5’s destruction, Wutai makes its move on the city of Midgar.

Yuffie and her partner Sonon, two elite ninja operatives for the Wutaian government, have been assigned a dangerous mission: to steal the Shinra Electric Power Company’s most powerful materia. Together with Avalanche HQ’s support, they cross behind enemy lines to reclaim their homeland’s former glory and exact revenge long in the making.

Unbeknownst to Yuffie, however, the wheel of fate is turning, and unforeseen consequences await.—–Yuffie Kisaragi (voiced by Yumi Kakazu in Japanese)

“Just a little longer, my precious…”

A member of Wutai’s elite corps of ninja operatives, Yuffie styles herself as both a ravishing beauty and a world-class materia hunter. Using her signature oversized throwing star and exceptional agility, she is a force to be reckoned with. Determined to reclaim her homeland’s former glory—and acting on orders from the government—she sneaks into Midgar.

“Put the claws away, Boss. Least while we’re in Shinra territory.”

A warrior hailing from Wutai, Sonon trained under Yuffie’s father. He experienced the devastation wrought by his country’s war with Shinra, and as a result, harbors a deep resentment for the company. He has been assigned to accompany Yuffie as she infiltrates Midgar—essentially making her his boss. Thankfully though, his serious, grounded nature is the perfect foil for his partner’s eccentric personality.

The new episode will be two chapters long and depict Yuffie’s and her partner’s adventure. The two Wutaian ninjas go to Midgar and, with the help of Avalanche HQ, embark on a mission to steal the ultimate materia from the Shinra Electric Power Company.

Yuffie is proficient in both close-quarters combat and ranged attacks, as she wields a massive shuriken and performs ninjutsu attacks. These traits make for exhilarating battles that play out differently than with any other character.

Yuffie can interact with her environment in ways others can’t. For example, she can smash Shinra boxes from far away or flip out-of-reach switches by throwing her shuriken. She also performs ninja-like actions such as deftly traversing latticed walls.

The Intergrade arrives worldwide on PlayStation 5 on 10th June. If you are buying direct from store at least for UK gamers it’s listed as a full price release similar to the likes of Demons Souls. Square Enix have provided a FAQ on details on claiming upgrade and editions available. The exclusive PlayStation period is soon set to expire so Final Fantasy VII Remake Intergrade could appear on the Xbox Series X/S.