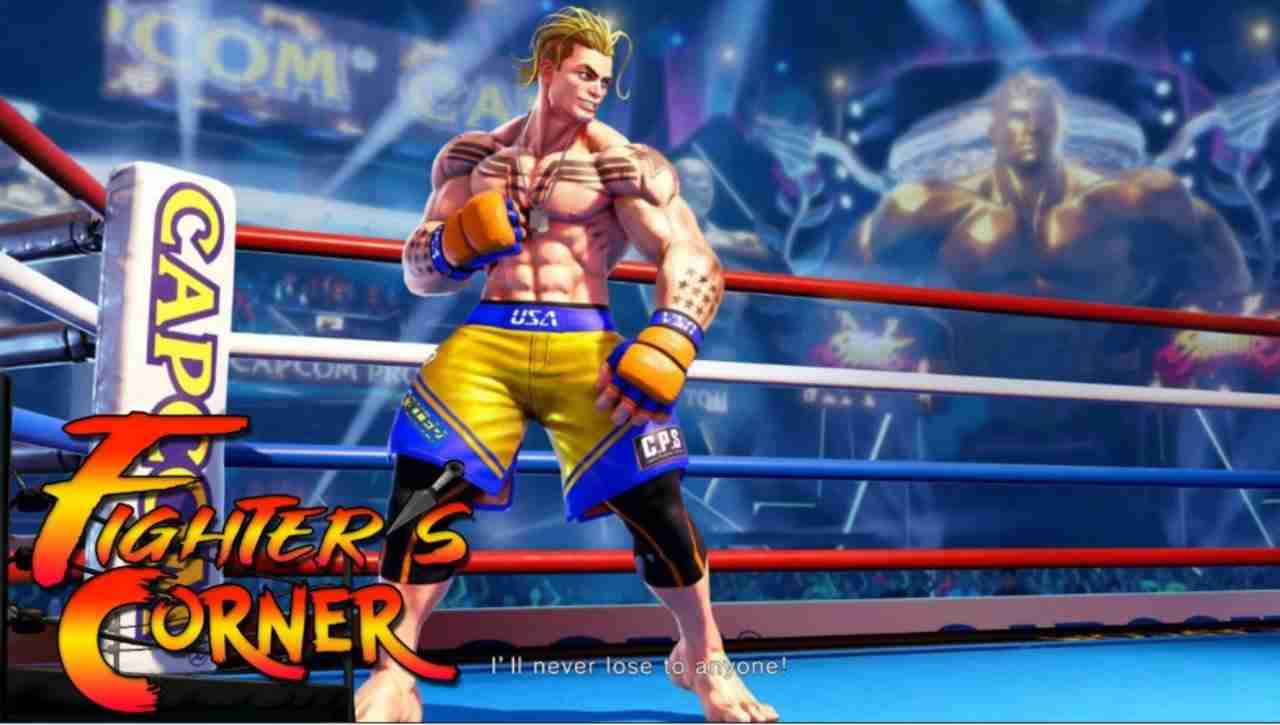 Welcome back Brawlers to the Fighter’s corner. this week we talk about the final character joining Street Fighter V. The internet’s recent GG Strive hate and we make our guesses on the next character reveal for KOF 15. Knuckle up and let’s begin.

The Capcom stream from yesterday’s summer update gave us the sad but inevitable news that the final DLC for street fighter will release this fall. With it, we get the MMA-style fighter, Luke. We don’t know much about the new fighter but the trailer gives us hints at his MMA, kickboxer fighting style. Capcom also gave us the release date for the release of Oro, the one-handed hermit. We also see Akira, the biker girl from Rival Schools fame.

Oro and Akira release August 16th as stand-alone DLC or part of the season 5 pass.

What we saw from the trailer shows Luke swinging his rocket fists using his V-Skills and V-Triggers on display. I’m loving on his flaming fists and rapid strikes. The juggle play is very reminiscent of Steve from Tekken. The words “Glimpse into the Future” give hints that Luke will most likely be a Street Fighter VI character.

Round 2: King Of Fighters XV teases us with a muscle clad shadow

Since SNK has delayed the King Of Fighters until 2022 due to Covid-19 strains on the company. We have been limited to now a trickle of details regarding the remaining roster of fighters. When the wheels of development slow down so does the news for its fans. This week we got the latest teaser silhouette for KOF, showing a bulky, muscly figure in what seems like their flex pose. Rumors on the web have said it can be one of the following:

Rock Howard, Maxima, and Raiden (From left to right). These seem to fit the build and are a mix of fan favorites that have yet to be mentioned by the developer. Since we have time till its 2022 release window, the internet and FGC have now started to play the speculation game to ease the wait.

I for one love grapplers and big screen wiping characters like Raiden the wrestler or the meticulous Maxima. Rock being more finesse and a charge character does take a bit of time to master. Either of these players would be welcomed in my team. Let’s wait and see when we get our reveal next week.

Round 3 : The tweet heard round the world , Guilty Gear Strive’s Hate

That is all it took, a tweet from one of the most popular and well-deserved fighting game players in the FGC. Sonic Fox has a huge following and is adored by millions in the FGC. He has been the top leader in boards and tournaments in games like DBZ Fighterz, Skull Girls, and until recently Guilty Gear Strive.

The web exploded in a huge wave of players echoing the sentiment. The lack of motivation is a sign that the game isn’t fun and won’t have a long life. The crowd has said the learning curve is too low and that it’s limiting advanced players from really letting loose. losses happen too quickly against new players.

The mechanics don’t live up to the hype or the fact that the lobby is still not 100% what was promised. The thread goes on and on. Then we get a breath of clarity cruise into the conversation as fellow Pro fighting game player PunkDaGod had this to say :

My opinion is close to what Punk said above. I think that Guilty Gear Strive is not a perfect game. Every game that launches has the entire scrutiny of the FGC and the community. Fighters let’s not forget that as long as a game you play is fun then that’s all that matters.

I recommend that you make your own decisions as to what is fun and what isn’t. Video Games are expensive, I say watch some games on Twitch or YouTube to get a feel of what the game is like. Remember trailers and hype don’t always mean a great game you’ll have to find out on your own.

That’s all the rounds for this week Fighters. As I leave, remember to keep fighting my friends and check out the other articles on Lv1Gaming.com about Magic The Gathering. Follow @strayrelay for more fighting game news and MTG freakouts.