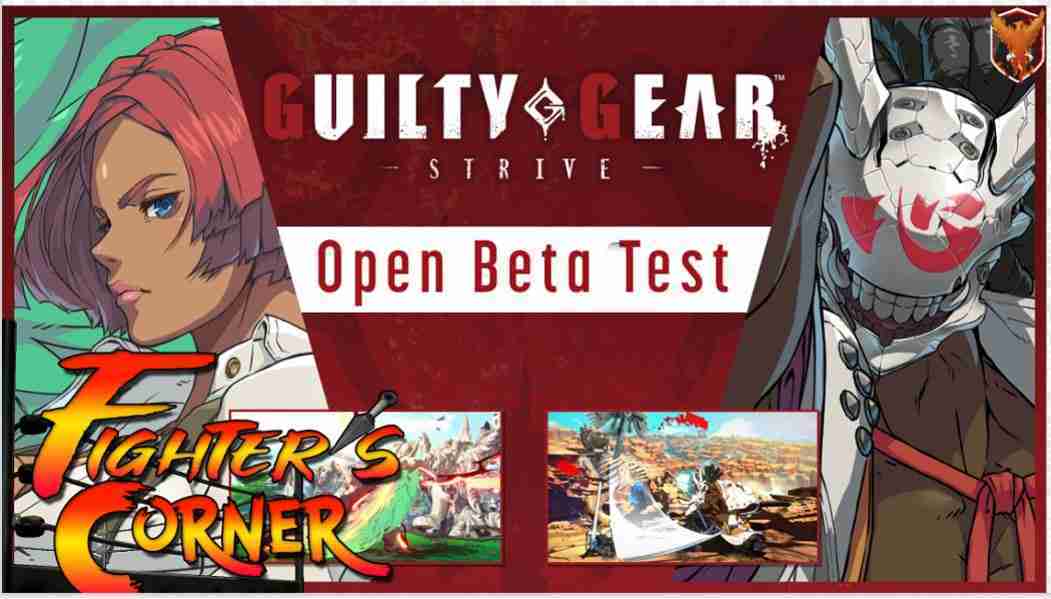 Welcome back Fight Fans! this week we discuss the Guilty Gear Strive beta and its early impressions.

I was able to play the open beta for Guilty Gear Strive and lost my first battle with server issues. The servers kept crashing so that the general public couldn’t play for the first 2 days. The agony of the error message: “Failed to download R-Code” popped up when trying to access the beta.

Once I was able to get in and poke around, the menus were limited but expected for a beta. I was able to run through the tutorial, practice mode, and of course the online VS. I have to say that the tutorial was very bare and slim. This may change in the final product. after like 10 min I moved on to practice and let loose.

Let me start off by saying it’s fun, controls are smooth on fight stick and controller alike. Characters move across the screen at a rapid pace but it’s manageable. Controls are deceivingly simple and allow new players to get the basics down. Once the layout is under control you’ll be glad to know characters have similar control schemes to mix up your play styles but not confuse your inputs. The more advanced fighter can easily slide into their own style as we got to play with the 13 different characters.

ArcSys released character-specific starter guide videos for each of them which you can check out by clicking the following links: Giovanna, Nagoriyuki, Leo, Ramlethal, Zato-1, Millia, Ky Kiske, Potemkin, May, Sol, Axl, Chipp, and Faust.

The game is still very Guilty Gear on the surface, with Roman Cancels and air throws, but many of its smaller systems and mechanics have had changes introduced. This video below translates the Japanese stream and highlights some of those changes, like the option to dash with a button press and no chip kill and Danger Time.

Finally the online is awesome, this rollback encodes the FGC has been demanding is no joke. regardless of where you are you don’t get any lag that impairs you. Battles look beautiful as you can play as close to offline as possible. super moves and animations are fluid. The game is just pretty.

The game has impressed me so far but does lack in the online lobby. The online lobbies have been difficult to navigate and finding a match in the beta was just as bad.

Instead of being placed in a pool of challengers, you’re thrown into an area with up to 32 avatars wandering about the place. Here you can look at someone’s various info and challenge other people. The last part isn’t so easy. What makes this so bad is that the various players have to enter a ready-up state before you can fight. Meaning if no one confirms up, you can’t challenge them. The option to not rematch when it’s so difficult to start a match weakened the experience. You spend more time looking for a match than actually fighting a match. I hope that this is not the case in the full release.

GGS releases April 9th, Arc systems have done a great job in gameplay and presentation. We must wait and see if the lobby can be corrected so close to launch. I will bring you more updates as they come, look to Lv1gaming for all your gaming news, Follow me on Twitter @strayrelay for my thoughts on magic the gathering, obscure anime fighting games, and the occasional Spotify playlist. Remember to Keep fighting my friends

Are We Reaching “The Wall” With Video Game Visuals?