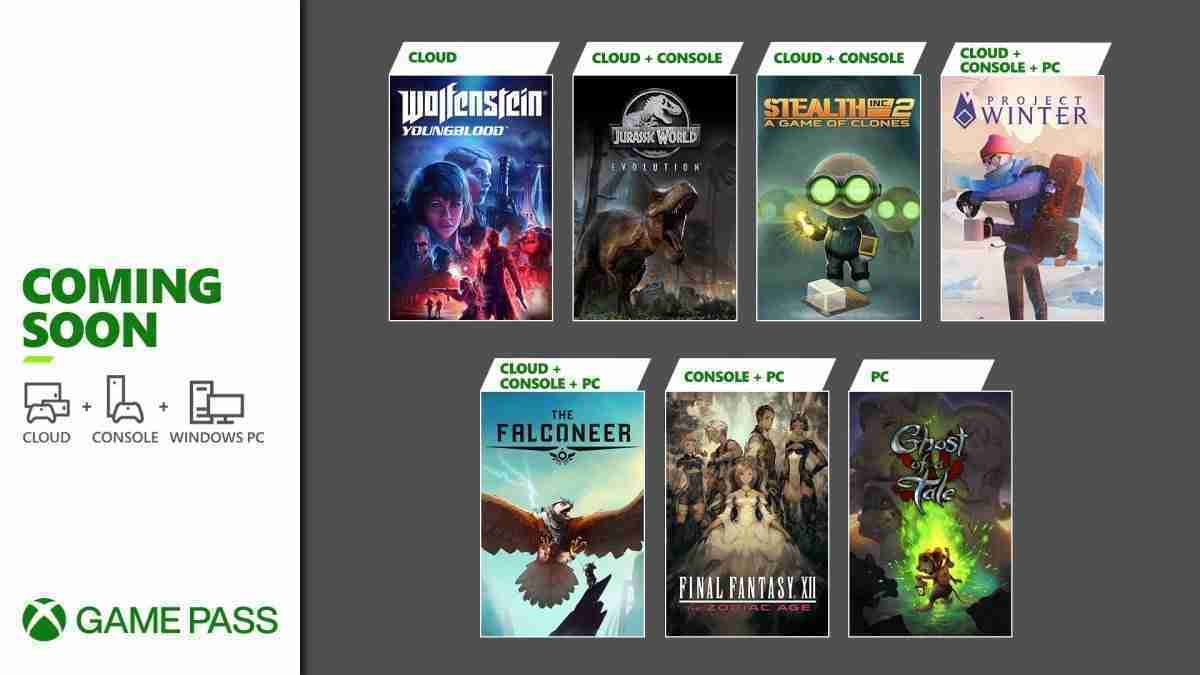 Each month gamers who are subscribed to Xbox Game Pass and Xbox Game Pass Ultimate are given news games to play. This month players are being treated to a second helping of titles. Here are the February 2021 Xbox Game Pass additions via news.xbox.com.

Ghost of a Tale (PC) ID@Xbox – February 4
Ghost of a Tale is an action RPG game in which you play as Tilo, a mouse and minstrel thrown into a perilous adventure. Set in a medieval world populated only by animals, the game puts an emphasis on immersion and exploration. It features stealth elements, disguises, conversations with allies and enemies, and quests.

Project Winter (Android, Console and PC) ID@Xbox – February 4
The perfect game to back-stab your friends. Project Winter is an 8-person multiplayer game focusing on social deception and survival. Communication and teamwork are essential to the survivors’ goal of escape. Gather resources, repair structures, and brave the wilderness together.

The Falconeer (Android, Console and PC) – February 4
Become the Falconeer and soar through the skies aboard a devastatingly powerful warbird in this open-world air combat game. Uncover secrets lost to the sea as you join or oppose different factions and clans scattered throughout the mysterious world of The Great Ursee.

Final Fantasy XII The Zodiac Age (Console and PC) – February 11
We’re excited to continue bringing Final Fantasy games to Xbox Game Pass in 2021 and beyond! This remaster is based on the smash hit 12th installment of the Final Fantasy series. With graphical and audio upgrades, the core game design has been tweaked to produce an evolution of the original Final Fantasy XII fitting for the current generation. Return to the World of Ivalice and enjoy a classic adventure reborn!

Jurassic World Evolution (Android and Console) – February 11
Place yourself at the heart of the Jurassic Park franchise and build your own Jurassic World. Bioengineer dinosaurs that think, feel, and react intelligently to the world around them and face threats posed by espionage, breakouts, and devastating tropical storms in an uncertain world where life always finds a way.

Stealth Inc. 2: A Game of Clones (Android and Console) ID@Xbox – February 11
In Stealth Inc 2, you play the role of a clone escaping a sinister and high-tech testing facility, testing both your brain and your reflexes over 60 varied levels linked together in a sprawling overworld. Death is never more than a few moments away, but one of the few advantages of being a clone is that death isn’t all that permanent.

Wolfenstein: Youngblood (Android) – February 11
Set 19 years after the events of Wolfenstein II, BJ Blazkowicz’s twin daughters, Jess and Soph Blazkowicz — after years of training from their battle-hardened father — are forced into action. Team up with a friend to level up, explore, and complete missions to unlock abilities that compliment your playstyle.