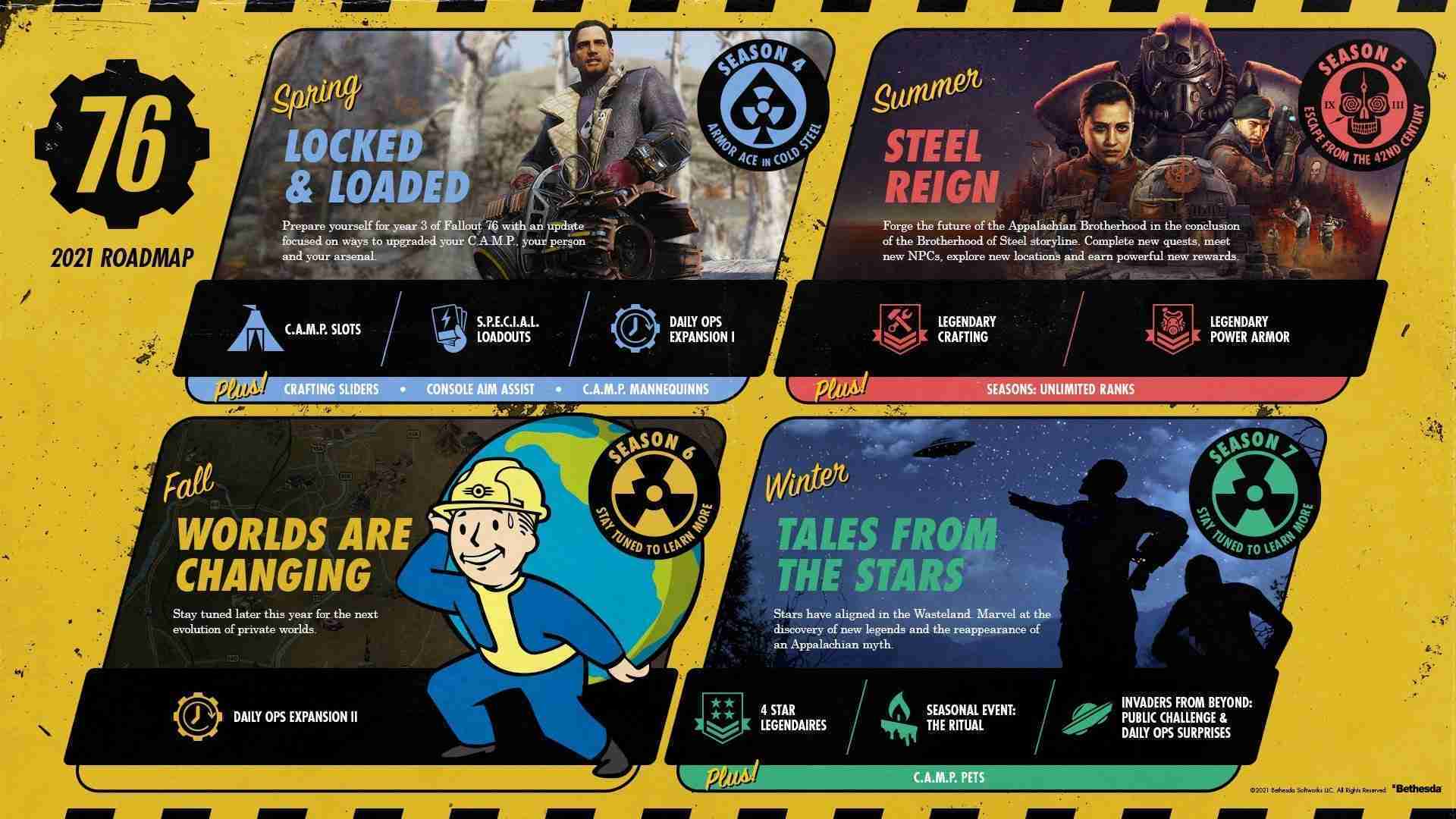 Bethesda’s weekly Fallout 76 news article Inside the Vault, has revealed a 2021 roadmap. Fallout 76 an MMORPG developed by Bethesda Game Studios. Centered around the early days of the Fallout universe. It had a rough launch in 2018 but still has an active player base and constant updates. This 2021 roadmap showcases major updates coming to the game this year.

The roadmap divided into the four seasons of the year is bringing something new to the game each season. “Lock & Loaded” the theme for Spring introduces S.P.E.C.I.A.L loadouts, C.A.M.P slots, mannequins, and daily ops expansion. The S.P.E.C.I.A.L loadouts will allow players to reset their points for free at level 25. Players will now be able to create and save custom S.P.E.C.I.A.L loadouts. “Steel Reign” the theme for Summer concludes the story of the Appalachian Brotherhood of Steel. This branch of the BoS was introduced in an update in 2020. Season 5 will also, bring new locations, quests, and powerful rewards. Moreover, the summer update brings the ability to craft legendary items.

The fall update is mysterious but it is stated that an evolution is coming to Private Worlds. Also worth noting that another expansion to Daily Ops will be available. Winter brings with it all new out of this world enemies. They will require everyone to work together in order to defeat. Also, a seasonal event involving the Cultist of Appalachia called The Ritual! will be part of the winter update.