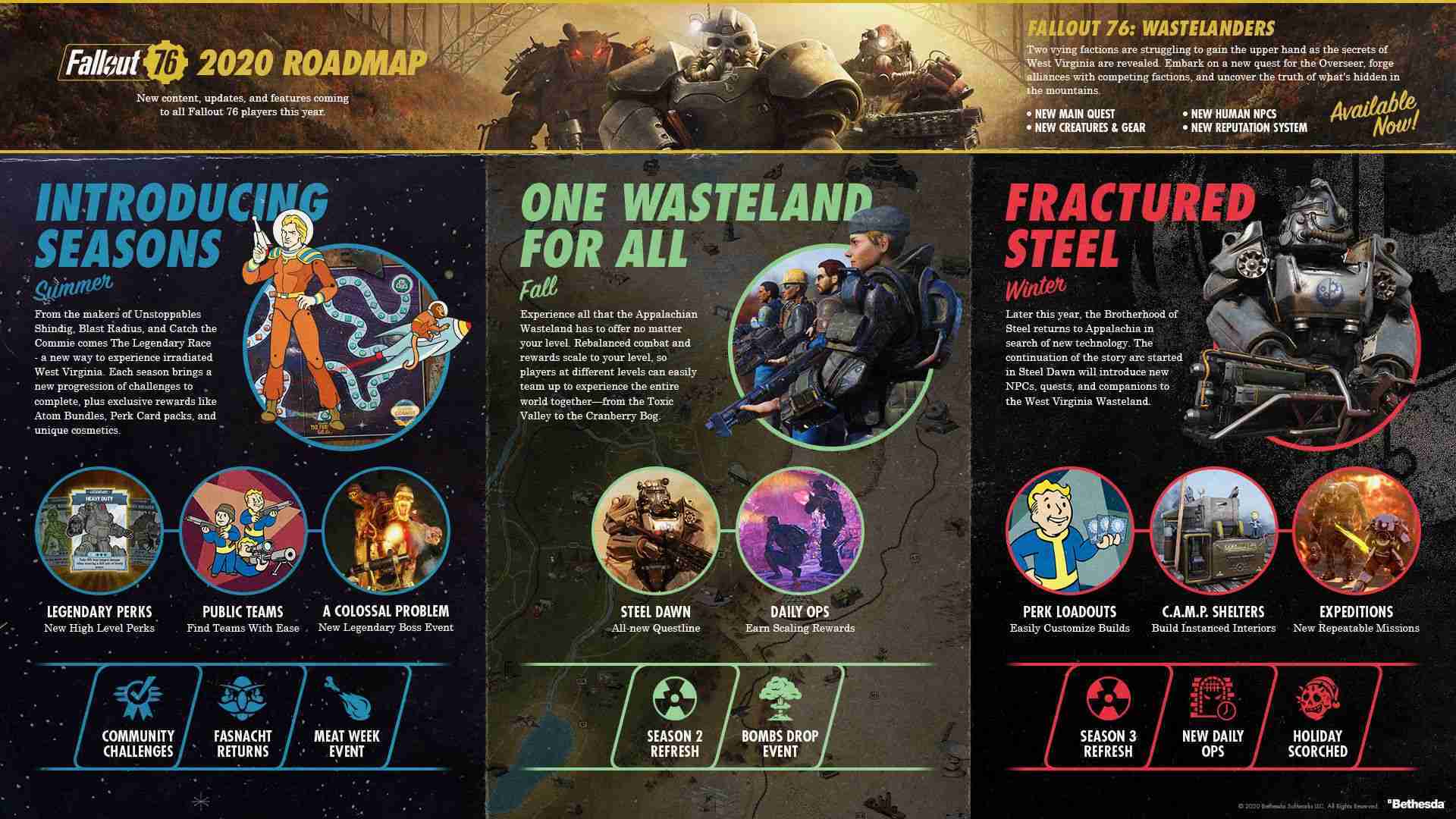 With the launch of Fallout 76 Wastelanders last month, Bethesda has seen a massive resurgence in their playerbase. But that begs the question; whats next on the agenda for the now popular post apocalyptic RPG shooter?

Bethesda just released that roadmap today with some new features to come, a revamp of the current challenge system, and most notably their new seasons model. 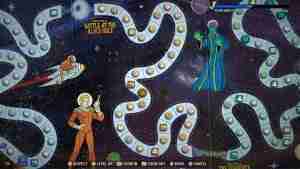 Fallout 76 isnt the first to add a season pass model, but they do have their own approach to the system. With Seasons, they are moving progression to a point system called S.C.O.R.E. which is earned by completing daily challenges, weekly challenges, and public events. The higher your S.C.O.R.E. the higher your rank, and upon each rank up you earn a prize. The key difference in the system is instead of buying an entire Season (like in Fortnite), players get the Season and rewards for free but can pay 150 atoms for the next rank up reward if they choose to.

Bethesda also gave a sneak peak as to some of the features coming in the next year, like public teams, legendary perks, perk loadouts, and more.

For all the latest Fallout 76 news, tune in to LV1 Gaming

Interested in other titles gettting a second lease on life, check out this classic getting a reboot