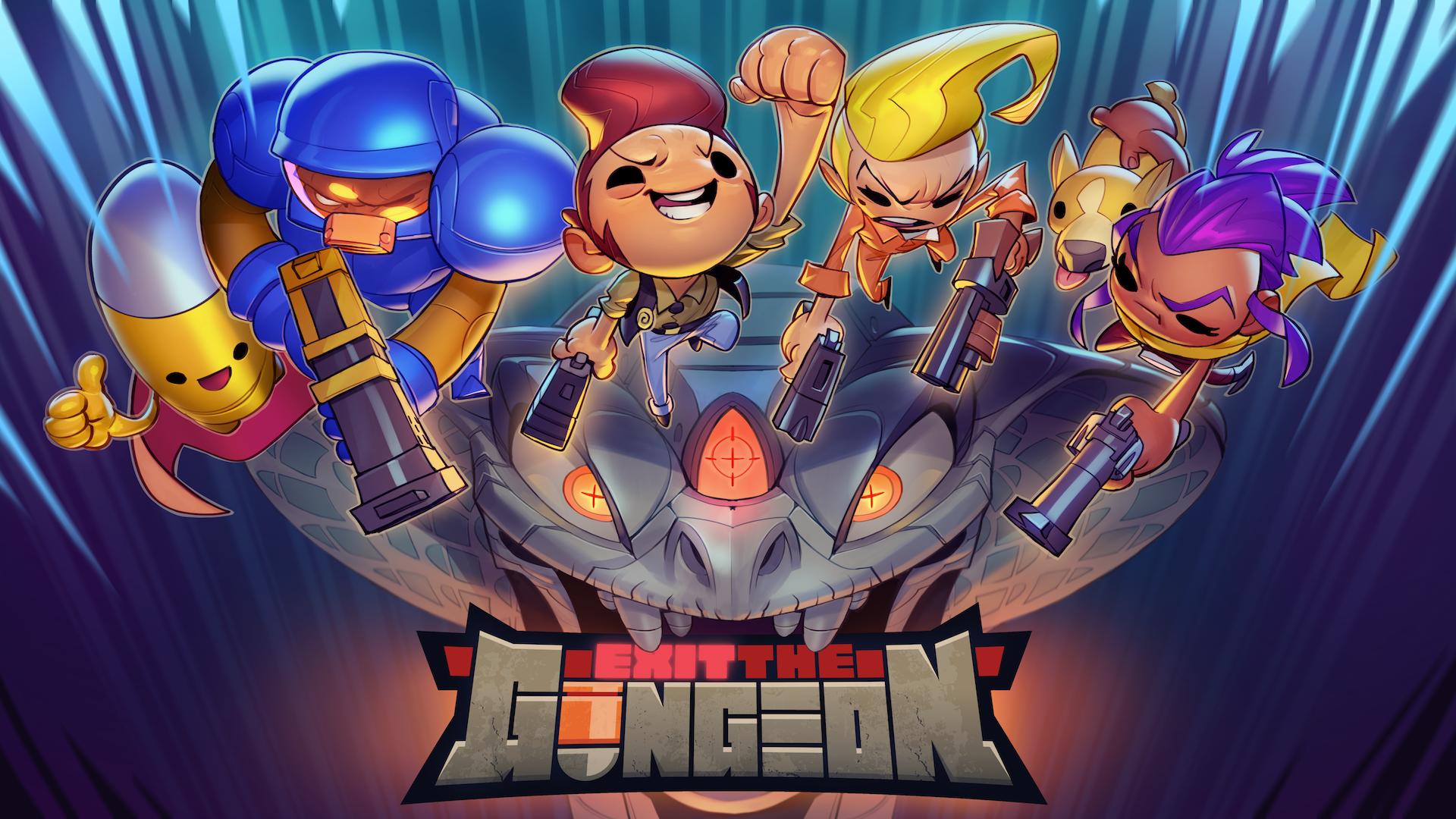 Gungeon-dwellers Dodge Roll, co-developer Singlecore Games, and unlicensed water-gun wielders Devolver Digital announced today that Exit the Gungeon, the newest adventure in the burgeoning Gungeonverse is now available on PS4 and Xbox One.

The latest update to Exit the Gungeon brings an arsenal of additions, updates, and tweaks to the celebrated bullet hell dungeon climber. These modifications represent a further overhaul to Exit the Gungeon for Gungeoneers old and new on PS4, Xbox One, Apple Arcade, Nintendo Switch, and Steam today.
Key Features
Other New Features