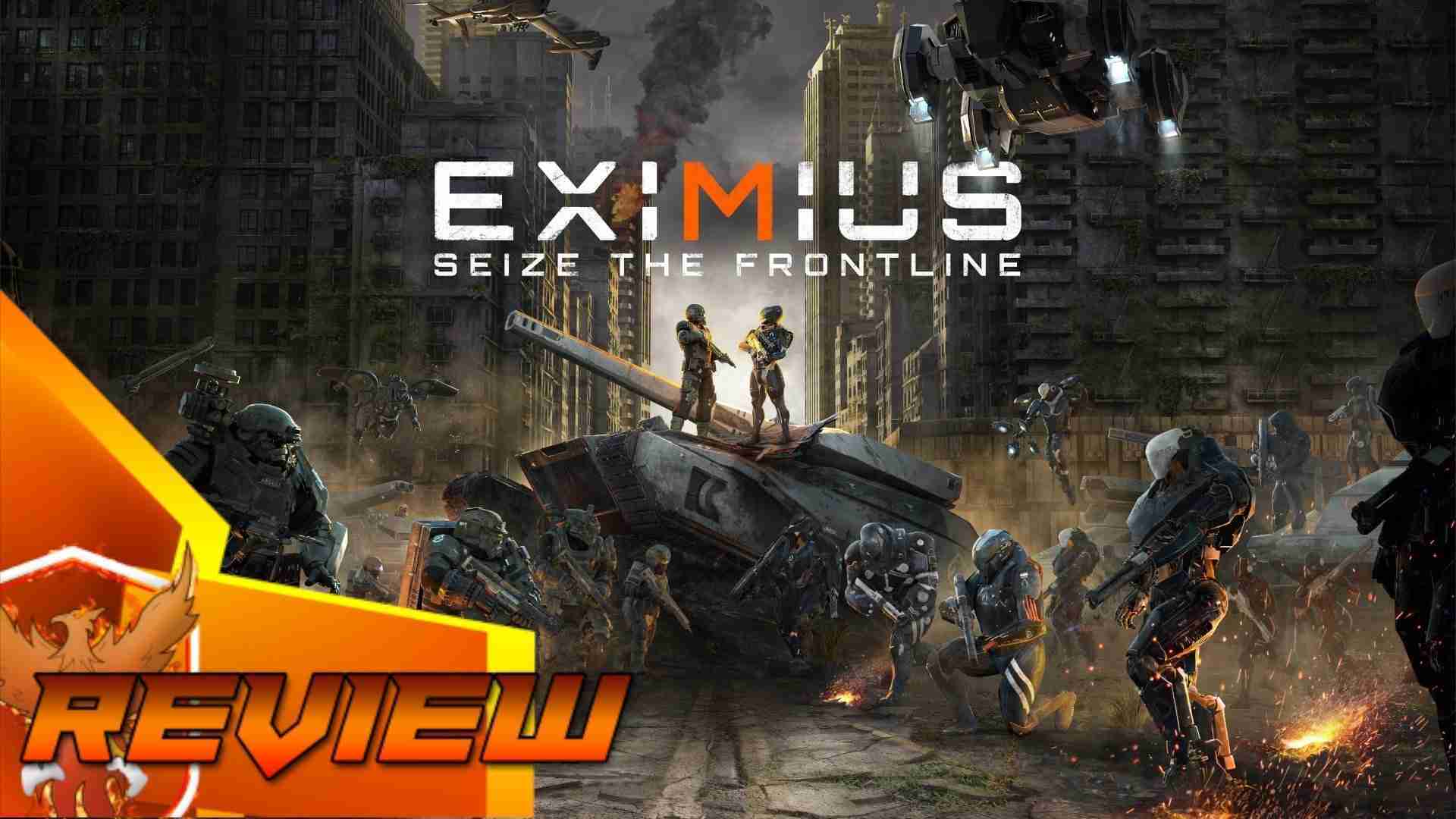 Malaysian independent game studio, Ammobox Studios have created a chimera of a game. So, this hybrid of real-time strategy and first-person shooter is called Eximius: Seize The Frontline. This title combines the best of both worlds while allowing you to enjoy each one independently. Eximius offers multiple game modes such as online PvP, PvE, and even co-op missions. Also, there are plenty of offline missions to play even custom scenarios. More importantly, the blend of strategy and shooting mechanics makes for a truly special experience.

The Rich Vs The People

Eximius is in a dystopian future where two groups fight to rebuild the world in their image. You have the Global Security Force (GSF) whose goals are to rebuild the world and protect the innocent. They are more about brute strength and numbers. The units and commander abilities that are available to use showcase GSF’s values. Artillery strikes and tactical scanners are a few examples. Now moving over to Axeron Industries (AXR) they are the remnants of the rich elite of the old world. They wish to rebuild the world with science and cold efficiency. AXR’s military does not focus so much on large numbers. They have fewer soldiers but they have access to more technology. These two warring groups fight for territory, resources, and total control.

The environment is top-notch and I did not experience any major glitches. The world design is dynamic There are 5 different maps, 4 difficulties, 2 factions, and multiple map layouts. Extrimius has a solid tutorial with weapons, a challenge mode, a sandbox mode that was not available yet, and recorded lessons to learn the game mechanics.

Moreover, the seamless transition between commander and fps officer mode is top tier. It is so smooth that finding cover and requesting the base to train more soldiers takes only seconds. Allowing for strategic combat on the fly. Both commander and officer mode hold up on their own. I have run quite a few matches but only won twice. This game is brutal but fun even when losing.

Who Is This Game For?

If you have ever wanted to take direct command of a unit in an RTS now is your chance. Eximius has all the basics of a standard RTS. Starting off with a base, initial soldiers, along with a low amount of resources and you must find more. Also, while capturing resources you will be taking over points, and fighting the enemy. Not only will you be managing resources and soldiers. With one tap of the Q key, it is first-person combat time. The FPS mechanics of this game is engaging and entertaining. The AI has a few hiccups but the FPS combat is surprisingly solid. The guns have a great feel and handle well. Once again, this game blends together the best of both genres. I say if you enjoyed the Command and Conquer series this will be worth a try.

New Take On A Classic Genre

Full disclosure I did not get a chance to run the multiplayer portions of this game. I imagine it being super competitive like my childhood days running Age of Empires 2. Overall I would recommend checking this game out and watching some gameplay of it. Once again I missed out on a large part of the game and still enjoyed my time with Eximius. Even without experiencing the online gameplay if the mechanics from solo play hold it would only enhance the experience. This game has a steep learning curve and those who take the time to master the commander mechanics will win more often than not. It’s also worth mentioning that this title is a must for mouse and keyboard. Although it does have controller support you will not truly be able to use it unless you have an Xbox Elite style controller. This is due to you absolutely needing the extra keys to map out. So if RTS heavy games are for you, this title is worth looking into. Eximius: Seize The Frontline will launch March 16th on Steam. You can wishlist this title and check out more information on the official site. An early access code was provided by Ammobox Studios.