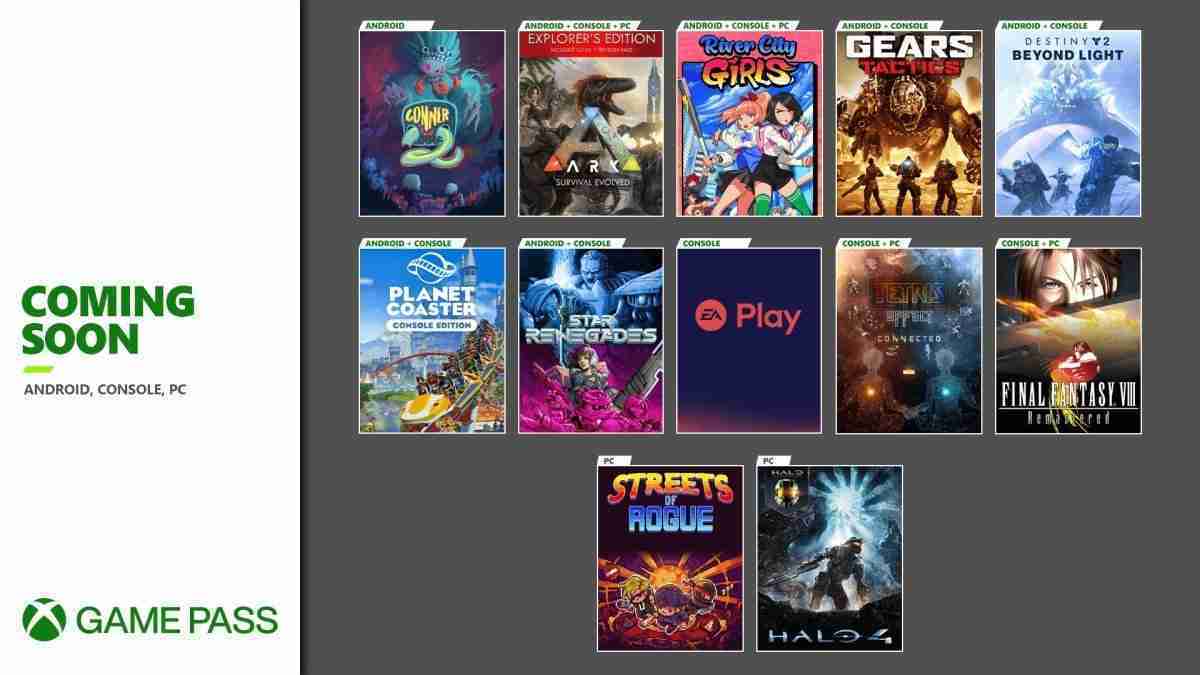 Each month Xbox Game Pass gives its subscribers news games and perks for them to enjoy. Xbox Game Pass in November is a special month as gamers are getting to access EA Play & Disney+ for no additional cost. All news below via news.xbox.com

Starting November 10, EA Play will be available on Xbox consoles as part of Xbox Game Pass Ultimate at no additional cost! EA Play is bringing more than 60 of EA’s biggest and best games like FIFA 20, Titanfall 2 and Need for Speed Heat, as well as some of EA’s most popular franchises like Battlefield, Mass Effect, Skate, and The Sims.

We’re also adding these games to the growing list of titles available on Android via cloud gaming – they’ll be available beginning November 10:

Gears Tactics (Android & Console) – November 9
Gears Tactics is the fast-paced, turn-based strategy game from one of the most-acclaimed video game franchises – Gears of War. Outnumbered and fighting for survival, recruit and command your squad to hunt down an evil mastermind who makes monsters.

Destiny 2: Beyond Light (Android & Console) – November 10
A new power is born out of the ancient Pyramid ship above Europa’s frozen frontier, and a dark empire has risen beneath, united under the banner of the Fallen Kell of Darkness, Eramis. Join your fellow Guardians and bring down the empire at any cost – even if it means wielding the Darkness itself.

Planet Coaster: Console Edition (Android & Console) – November 10
Welcome to a new era in coaster park simulation! Bring your ideas to life with easy-to-use tools, manage all aspects of your expanding empire, and harness the world’s best creations from an endlessly creative community in the Frontier Workshop. Guests react in real-time as you set prices, place scenery, and install exciting new attractions. Keep them entertained so attendance figures – and profits – skyrocket.

Tetris Effect: Connected (Console & PC) – November 10
Tetris Effect: Connected is the original game with all-new co-op and competitive online and local multiplayer modes! This is Tetris like you’ve never seen it, or heard it, or felt it before—an incredibly addictive, unique, and breathtakingly gorgeous reinvention of one of the most popular puzzle games of all time.

Final Fantasy VIII Remastered (Console & PC) – November 12
It is a time of war. The Republic of Galbadia, under the influence of the sorceress Edea, mobilizes its great armies against the other nations of the world. Squall and other members of SeeD, an elite mercenary force, join hands with Rinoa, a resistance fighter, to fight against Galbadia’s tyrannical rule and to prevent Edea from fulfilling her ultimate goal.

Gonner2 (Android) ID@Xbox – November 12
Joining the cloud gaming (beta) library on Android with Xbox Game Pass Ultimate and available now on console & PC. The altruistic and unexpected hero Ikk is back and this time Death needs his help. Journey your way through deep dark chaotic places with unimaginable sparks of color as you go on a mission to help Death rid a mysterious presence from her lair. Battle crazy bosses, lose your head (a lot), in this messy, cute, fast-paced procedurally-generated platformer. In addition to the single-player journey to help Death, play the party co-op mode so you and your friends can lose your heads together!

Streets of Rogue (PC) ID@Xbox – November 12
Streets of Rogue is a rogue-lite about player choice, freedom, and anarchic fun. The game takes inspiration from fast-paced top-down rogue-lites and adds free-form, experimentation-driven, emergent gameplay elements of immersive sims and RPGs. Rather than taking place in a dungeon, the game is set in a functioning, procedurally generated city, where complex AI informs denizens from all walks of life, who are just trying to get by in their daily activities.

Halo MCC: Halo 4 (PC) – November 17
Halo 4 joins The Master Chief Collection as the sixth and final chapter of the epic saga. Now optimized for PC, witness the Master Chief’s triumphant return to battle an ancient evil bent on vengeance and annihilation. Shipwrecked on a mysterious world, faced with new enemies and deadly technology, the universe will never be the same.

River City Girls (Android, Console & PC) ID@Xbox – November 19
In this all-new entry in the legendary beat-’em-up series, hot-blooded heroes Kunio and Riki have been captured, leaving it to their hard-hitting girlfriends, Kyoko and Misako, to serve up some payback. As you punch and kick your way across town – either solo or with a friend in local co-op – you’ll gain new skills, chow down on power-ups, wield an assortment of weapons, and unleash an arsenal of combos, throws, and special attacks that will leave the bad guys crying for mama – all in outrageous 16-bit style! The awesome action is punctuated by manga story panels, anime cutscenes, and an epic synth-pop soundtrack. It’s an old-school rumble for a new generation!

Star Renegades (Android & Console) ID@Xbox – November 19
Star Renegades is a strategy RPG about outsmarting AI-driven adversaries, forging friendships, and toppling galactic empires spanning over multiple generations. Fusing a reactive, tactical turn-based battle system that emphasizes interrupts and counters, with a procedurally generated and emergent mission-based campaign and an intelligent Adversary system with enemy officers that evolve and move up in the ranks, every playthrough is unique, challenging, and never the same.

If you missed it, this morning we announced an amazing new Ultimate Perk. Starting today, new users can get a 30-day trial* of Disney+ now with their Xbox Game Pass Ultimate membership. Epic movies, series, and Originals from the world’s best storytellers are waiting. Experience Disney, Pixar, Marvel, Star Wars, and National Geographic now!
*Valid for new Disney+ subscribers only. 18+ only. After trial, Disney+ automatically renews at $6.99/mo until you cancel. Subject to Disney+ Subscriber Agreement https://www.disneyplus.com/legal/subscriber-agreement. Limited time offer. One per account. Available in AU, AT, BE, CA, DK, FI, DE, IE, IT, NL, NZ, NO, PT, ES, SE, CH, GB, US. Claim by 1/31/21. Redeem by 3/2/21.