Anticipated Games – What I’m Looking Forward To 11 Resident Evil games starting at $1 for Humble Bundle’s ‘Decades of Horror’ Mars Trip Delayed As Deliver Us Mars Now Arrives In February Modern Warfare 2 Beta And Campaign News Xbox & PC Game Stormrite Interview With Kelechi Apakama
Developer Novaquark has revealed plans for the Beta release, NDA lift, and stunning opening cinematic for their upcoming MMO Dual Universe. Recently, Novaquark has revealed that the much-anticipated Beta for its groundbreaking Massively Multiplayer Online video game will release on August 27. A final launch date is scheduled for 2021. The team is planning its final content wipe for the Beta release, making it an ideal time to start rebuilding civilization.
The company has also stated that it plans on dropping the NDA when the Beta releases on August 27. “We’ve been working on Dual Universe for over four years, and after completing the foundation for all main gameplay pillars, we’re presenting a solid idea of what this unique game offers to players and a fully playable game for Beta,” said Novaquark CEO Jean-Christophe Baillie. “This is a huge milestone for us, as it is the culmination of so much hard work from the developers and a direct result of the community’s commitment to improving the game. I’m incredibly proud of everyone involved.”
Novaquark has opted for a subscription model once the Beta goes live. Players looking to experience Dual Universe will have several pricing options available at that time. The company has positioned the game to be accessible so that players don’t have to shelve out too much per year. Subscriptions begin at $6.99/month, with three options available at launch (with more to come later on). The longer your subscription, the more you save annually, with the 12-month option including two free months in the price. Players can expect this pricing model to carry on after the game’s launch in 2021. Alpha backers will receive access to the Beta for free but should hurry because Alpha packs will soon stop being sold on the company’s website. 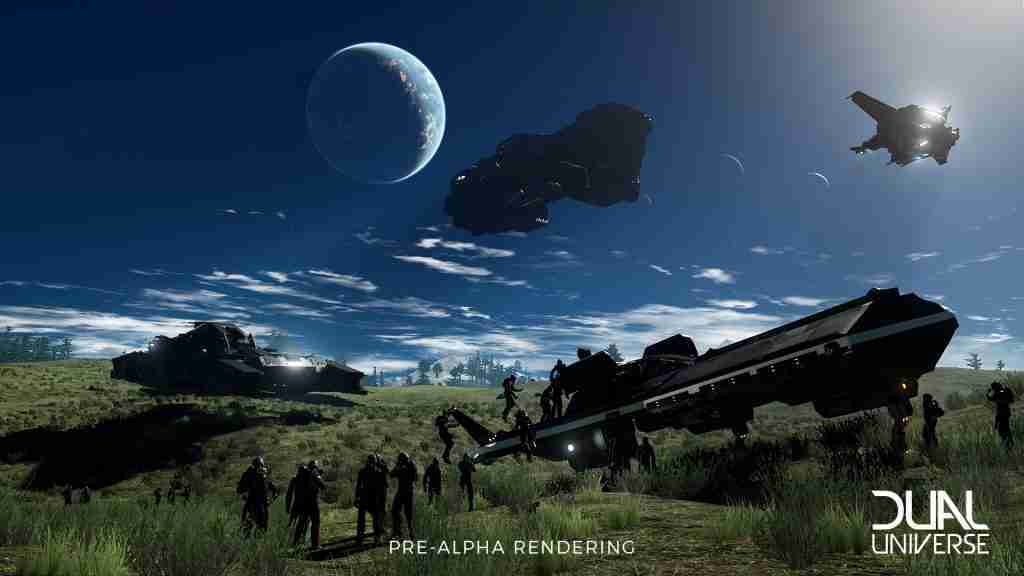 Since good things always come in threes, Novaquark has also released the ​game’s stunning opening cinematic​, which depicts the story of Earth’s inhabitants travelling to the far reaches of the universe to recreate society in a strange new land after Earth’s destruction at the hand of a neutron star. The excitement is ramping up as the Beta launches on August 27. Sci-fi fans who enjoyed today’s trailer can jump into Dual Universe right now for $60 USD / €60. Check out the game’s website for more information or to ​purchase your pledge pack​. Dual Universe’s Beta launch ​is expected to release this summer​, with the full game arriving in 2021. Check out the latest news on the game here: Game site: https://www.dualthegame.com YouTube: https://www.youtube.com/user/dualthegame/ Twitter: https://twitter.com/dualuniverse Facebook: https://www.facebook.com/dualuniverse Discord: https://dualuniverse.chat/ <—Random Article | Random Article—> Leave some suggestions on what we can do better or change. Are you interested in writing, editing or just being a part of Lv1 Gaming? CONTACT US HERE! Be Superhero and Like, Share and subscribe to the YouTube channel. Go Tomb Raiding and give us a follow on Twitch as well! Twitch.tv/Lv1_gaming Would you kindly follow us on twitter at @Lv1Gaming Also follow our Facebook page!
What’s your Reaction?
+1
0
+1
0
+1
0
+1
0
+1
0
+1
0
+1
0
Facebook Twitter Email
👁️ 95