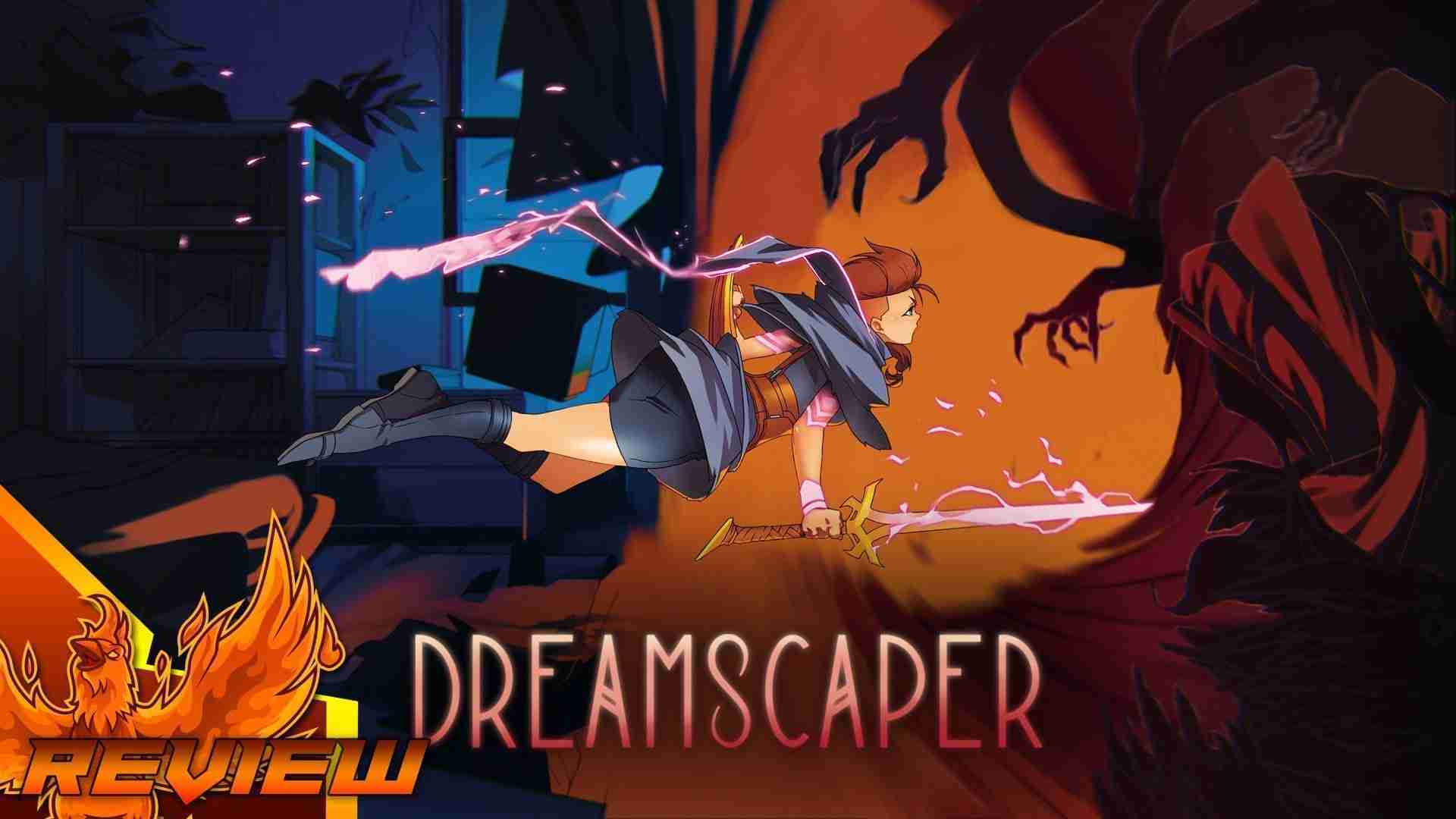 Dreamscaper is a self-described Action Roguelike title with high replayability that cycles the player through an awake/dreaming gameplay experience exploring the life of the protagonist, Cassidy. Developed by Afterburner Studios, and published by Freedom Games (see more about them in this earlier piece from LV1) and Maple Whispering Limited, it is set to release this month on Nintendo Switch and PC via Steam and Epic Games Store. Although saddled with a rather scattered narrative and some woes in the audio department, Dreamscaper delivers strongly enough in its core gameplay elements to deliver a satisfying experience that fans of the genre are sure to love.

Judging the book by its cover, Dreamscaper provides a pleasing enough view to catch the eye of any onlookers. The bright and vibrant effects of the combat abilities provide some exciting visuals that keep the player stimulated, and effectively provide a feeling of power as you execute your combos. Although the human character models are rather basic and lack actual faces, the designs of the enemies, especially the bosses, provide an excellent variety while showcasing lots of creativity and style. The game also does a wonderful job with it’s visual set design, as both the waking world and dreamscape do a good job of setting the mood during your explorations. Overall I think Dreamscaper provides a solid visual style that fits well and positively contributes to the game’s experience.

Arguably the most important aspect of a game in this genre is how it handles, and I am pleased to say that I feel Dreamscaper shines brightest here. The controls and combat abilities, despite being rather simple in their execution, still provide a rewarding feel when combos are properly pulled off. In sheer volume of equipment and abilities alone the game provides an incredible number of build options that a player can concoct to suit practically every play style imaginable. The boss fights themselves are also well-handled and provide a challenging experience without crossing the line into maddening frustration.

Utilizing a permadeath system, Dreamscaper does a great job of balancing difficulty with progression as a player works to explore further and further into the dreamscape of procedurally-generated levels. In between runs in this dream world, the player spends time in the waking world engaging with other characters, building relationships, and unlocking new buffs that all serve to strengthen them for their next run. Players are even able to select and customize a starting loadout to begin their runs with, which helps them make use of their preferred combat style to get off to a strong start.

The game also provides a welcome aspect of control with regards to the gameplay experience by offering various settings that can be tweaked based on preference. A couple choice options, namely “Lucid Mode” and the option to skip previously conquered bosses during a run (at the expense of some potential rewards), can make the game a bit “easier”. However a majority of the customization options exist to increase the difficulty in various ways, which ensures even the most masochistic Roguelike fans will not be left wanting.

Undoubtedly Dreamscaper‘s biggest downfall rests in the audio category. Despite my usual session with the game lasting 2-3 hours, I cannot recall a single tune or melody that ever really caught my attention or got stuck in my head. I am confident I would not be able to recognize any of the background tracks as being from the game if you were to play them for me without context, and that is a bit of a letdown. Most of what I can recall is just a general memory of somber tones, and the sound of my thumb mashing the “A” button to progress through character dialogue (lack of voiceover work here hurts, explained in detail in the next section). The game does do well in terms of sound effects and audio queues for dodge timings and such, which are certainly important in this style of game, so not all is lost. All in all the audio will certainly be the least memorable part of the experience for me.

Despite not being a big hit with me, I do want to give Dreamscaper some credit here for taking a more creative approach to building its story. As Cassidy, the player is not handed any strong narrative that is laid out before them as to why they must do what they are doing. Instead, the game relies on steadily revealing aspects of the story to the player through their experiences in both the dreamscape and the waking world respectively. In the former, the player learns details of Cassidy’s past and her upbringing in a very rural, small town environment. The latter conversely provides more perspective on who Cassidy is now that she is grown up, revealed through her dialogue and interactions with other characters in her new big city home.

While I do approve of the concepts themselves, and think they can be the basis for a very interesting gameplay experience, I can’t help but feel that the execution of them in Dreamscaper falls a bit flat. There is no real order to the memories you uncover about Cassidy, or the details you learn through her interactions with the friends she makes in the waking world. While some of the details you learn, or some of the conversations you engage in, certainly provide some weight and feeling of significance, others seems entirely superficial and unnecessary. One moment you are in the dream world hearing about how Cassidy loved to visit a certain cabin with her family growing up until things seemed to fall apart, and the next you are in a record store hearing her give her initial impressions of Math Rock to the shop’s owner.

I personally felt the lack of any voiceover work for Cassidy’s interactions with the waking world characters was a huge detractor from the potential impact they could have had. The nuance in delivery a good voice actor can provide when speaking certain lines can make a world of difference in how the player interprets them, and I think including this could have vastly improved the story experience in what should be the most critical moments in learning about who Cassidy was and is.

Overall though, Dreamscaper does deliver a solid enough story that it does not deter one from enjoying the game. The over-arching theme can be derived from the names of the bosses themselves (Fear, Loss, Isolation, etc.), and it’s a message that can certainly resonate with a lot of people on a personal level. If anything, I think my rating for the game in this category is more of a reflection of not realizing the potential I think it had rather than any sort of failure.

Good visuals and an addicting, well-rounded gameplay experience outshine the setbacks in the audio and story to make Dreamscaper a must play for any Roguelike fans out there. I would even go so far as to say it could be a great introductory game for those interested in exploring the genre and not afraid of a good challenge. I certainly enjoyed my time with the game and look forward to seeing reactions from the gaming community about it in the near future. Dreamscaper is set for its full release on 8/5/21 for Nintendo Switch and PC (Steam and Epic Games Store) at a retail price of $24.99 USD.

Joy-Con drift leads to Nintendo being investigated in Europe

Deathloop Review – The Jack of All Trades