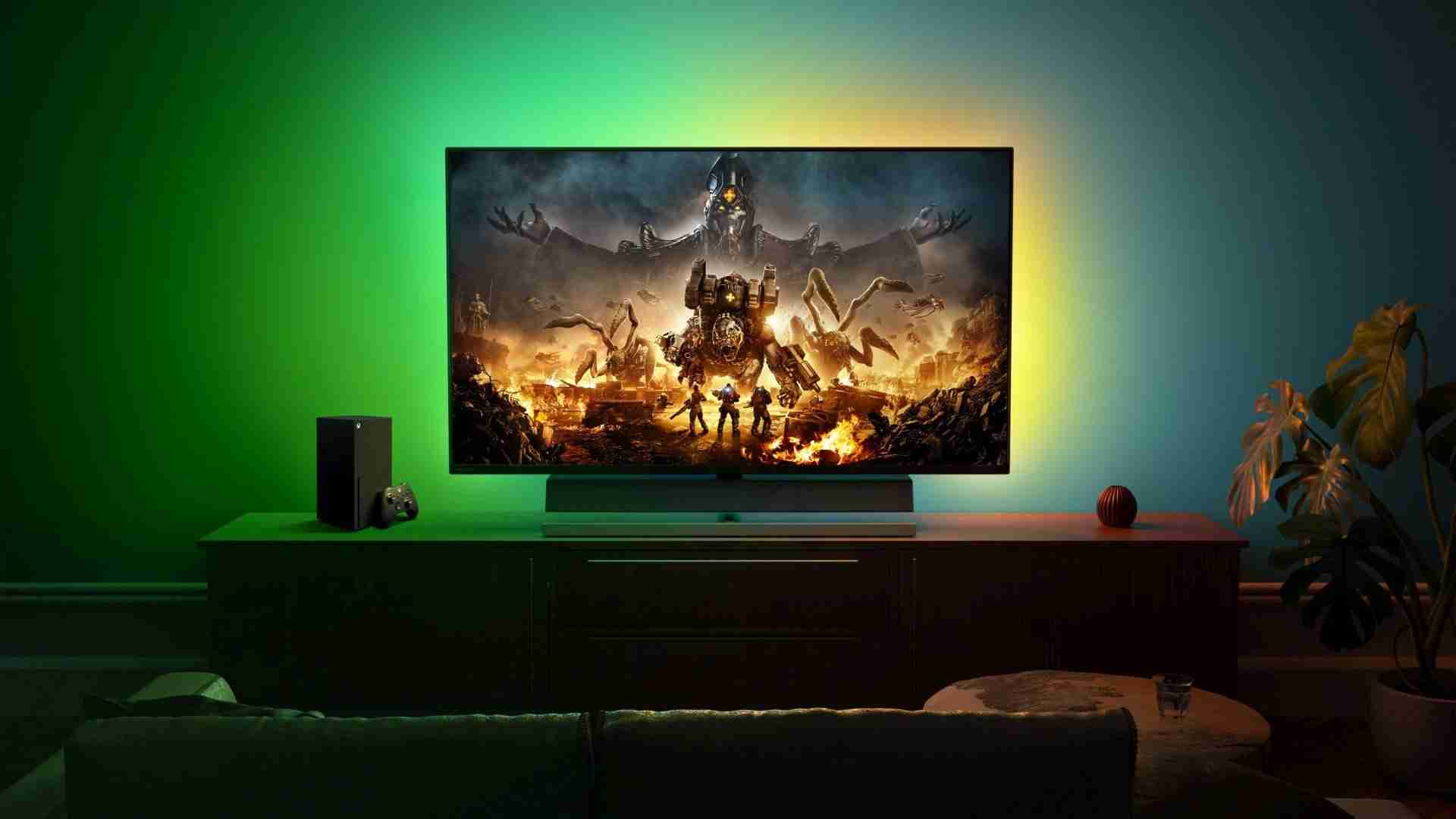 Today Microsoft and the Designed for Xbox program introduced three new gaming monitors. All three monitors take full advantage of the power of the Xbox Series X and Series S consoles. The Series X|S consoles are powerful; however, gamers miss out on the targeted visual experience without the proper display device. For maximum fidelity and framerate experiences, your gaming display device must feature 4K, quality HDR, Variable Refresh Rate (VRR), and also run at 120Hz. While there are available gaming TVs and monitors with these features, more displays do not provide the next generation bells and whistles, which spells confusion for consumers.

Microsoft and the “Designed for Xbox” program have partnered with industry-leading display manufacturers to craft three monitors designed for the ultimate Xbox gaming experience when playing Xbox Series X, Series S, or PC. All three options provide a different gaming style. If you’re a console gamer that prefers a big TV monitor or a PC gamer that subscribes to Game Pass Ultimate looking for an upgraded monitor, you are in for a digital treat. All official Xbox gaming monitors also will sport a “Gaming Features for Xbox.” badge.

Republic Of Gamers and the Designed for Xbox Team have teamed up to develop the ASUS ROG Strix Xbox Edition Gaming Monitor. The monitor is a 43 inch 4K UHD display. In addition, the development team designed an Xbox mode that is also the perfect settings for color, contrast, and hue for Xbox. The monitor also provides key features such as native 4K at 120Hz gaming via HDMI 2.1, AMD FreeSync Premium Pro. Pricing for the monitor is $1399.99 and is scheduled for an October 2021 release.

The Phillips Momentum is for the legions of console gamers that like a giant display unit. The monitor is for a premium console gaming experience on the couch. The visual feature includes a dedicated Xbox picture mode and 4K resolution at 120Hz powered by AMD FreeSync Premium Pro technology. In addition, Xbox understands that sound in gaming is important. The Bowers & Wilkins engineered audio is a quality touch. At 55 inches and quality sound, this display unit is a TV and also a soundbar. This summer, for $1599.99, you can get your hands on a monitor that reaches the full potential of the Series X|S consoles.

If you are a PC gamer, then the Acer Xbox Edition Gaming Monitor is perfect for you. While only 28 inches, the Acer Xbox Edition gaming monitor is “Designed for Xbox.” The Acer also has the same features as the other two monitors. AMD FreeSync Premium Pro,  HDMI 2.1, 4K at 120Hz, and Acer VisionCare 3.0. The monitor is perfect for PC gamers and works perfectly for an Xbox Series X|S console. Priced at $949.99, the Acer is the most affordable of the three and will be available this fall.