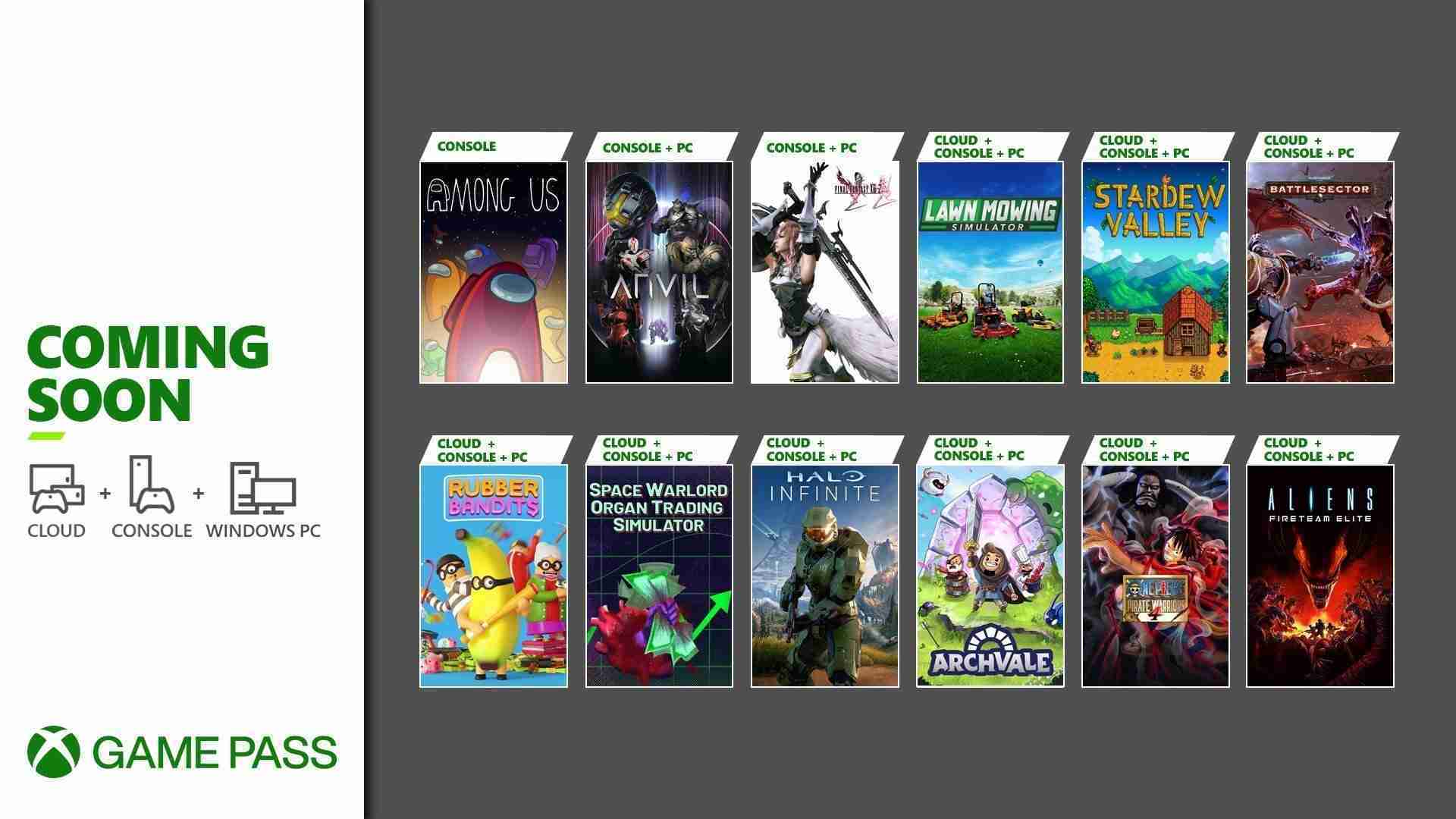 For those who are subscribed to Xbox Game Pass, December will be a fantastic month for you. Thanks to Xbox wire. We now know the first handful of games you can expect to play this month.

ANVIL (Console and PC) ID@Xbox – December 2
The Ancient Vault Investigation Lab (ANVIL) is a government institution that searches the universe for the remains of alien civilizations. As a Breaker, your mission will be to search the uncharted cosmos for these old alien vaults. Each galaxy has a different set of planets and boss monsters. You’ll be able to use the incredible powers buried beneath these vaults if you defeat them and uncover them.

Archvale (Cloud, Console, and PC) ID@Xbox – December 2
Dive into a bullet hell with RPG aspects, where you’ll learn the weapons and skills you’ll need to defeat the various foes that abound in an ever-changing universe. You’ll only learn the truth about the long-rumored Archvale if you defeat these terrible powers.

Final Fantasy XIII-2 (Console and PC) – December 2
Enjoy the epic and sweeping story in this follow-up to Final Fantasy XIII. Meet new characters and test yourself with a new, enhanced battle system. It’s no longer about facing destiny; it’s time to create a new future and change the world!

Rubber Bandits (Cloud, Console, and PC) ID@Xbox – December 2
A wild multiplayer party, Rubber Bandits is a beat ‘em up brawler where you steal, smash, and scavenge as much cash as you can! Prepare for hilarious physics-based combat with wacky weapons and a huge lineup of criminal characters. Dodge deadly traps, bash rival bandits, and race from the cops to commit the perfect heist!

Stardew Valley (Cloud, Console, and PC) ID@Xbox – December 2
You’ve inherited your grandfather’s old farm plot in Stardew Valley. Armed with hand-me-down tools, you set out to begin your new life. Can you learn to live off the land and turn these overgrown fields into a thriving home?

Warhammer 40,000: Battlesector (Cloud, Console, and PC) ID@Xbox – December 2
In the grim darkness of the far future, there is only war. Experience every bone-rattling explosion and soul-crushing charge in Warhammer 40,000: Battlesector, the definitive battle-scale game of turn-based strategy and fast-paced combat that takes you to the battlefields of the 41st Millenium.

Space Warlord Organ Trading Simulator (Cloud, Console, and PC) ID@Xbox – December 7
Available on day one with Xbox Game Pass: Buy, sell, and trade organs in a strange universe full of clients. Keep vampire-leech organs from devouring the goods inside your cargo hold, teach Fleshty the Snowman to love, and more. The quivering innards of alien capitalism await in the sci-fi body horror market tycoon game you didn’t know you needed.

Halo Infinite (Cloud, Console, and PC) – December 8
When all hope is lost and humanity’s fate is at stake, Master Chief is ready to confront the most ruthless foe he’s ever faced. Restart the game by stepping inside the armor of humanity’s greatest hero to embark on an epic adventure and finally investigate the scale of the Halo ring itself

One Piece Pirate Warriors 4 (Cloud, Console, and PC) – December 9
Ahoy, pirates! Fight hordes of enemies, adventure with trusted allies, and experience awesome One Piece action lifted straight from the anime in One Piece: Pirate Warriors 4! Place yourself in the thick of the One Piece world with as buildings come crashing down around you and attacks throw up smoke and dust with each action on the battlefield.

Among Us (Console) ID@Xbox – December 14
Play with 4-15 players online or via local Wi-Fi as you attempt to prepare your spaceship for departure. But beware, as one or more random players among the crew are Impostors bent on killing everyone! Stay tuned for the upcoming addition to Xbox Cloud Gaming (Beta)!