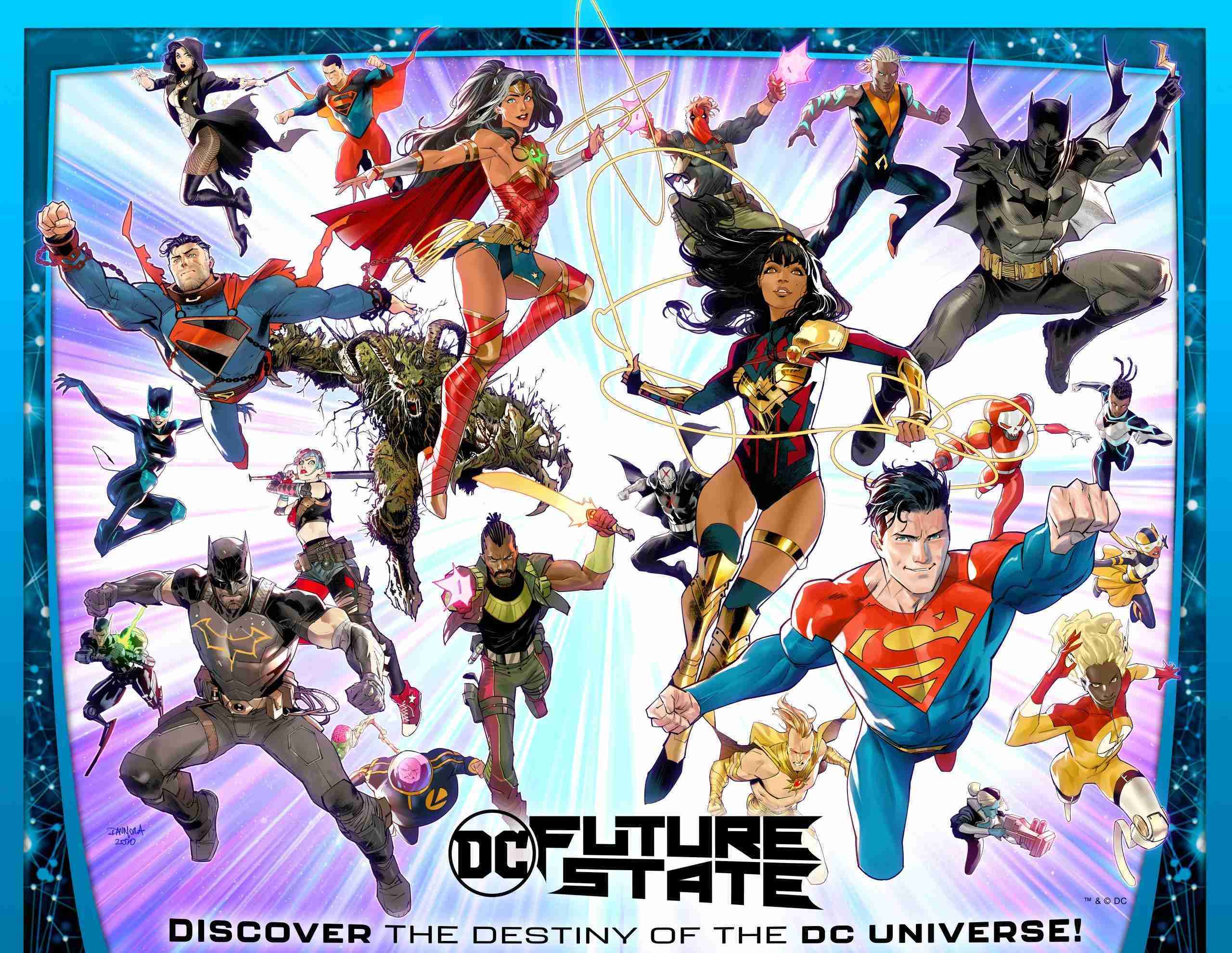 While reading various DC Comics many of us have noticed advertisements inside talking about DC Future State and wondered what that is. DC Comics gave us more information on Future State. Here’s a quote from DC Comics Twitter page:

With “Dark Nights Death Metal” being very similar to a DC Comics crisis event it looks like DC Comic will give us a way to introduce new characters across the multiverse and main DC Universe. DC Future State will be a cool start to 2021. 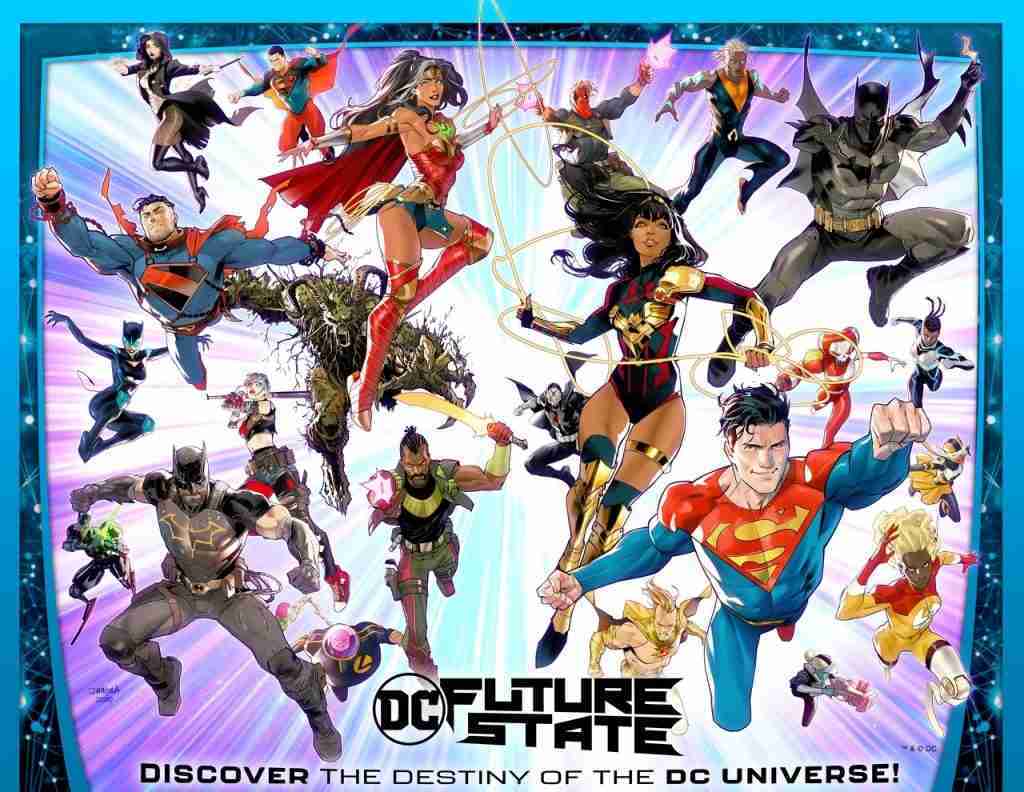 From the picture above we see our favorite heroes. Superman, Wonder Woman, and Batman the classic trinity of DC Comics. Things get very interesting as you look at the picture more. We see three versions of Superman. The three versions of Superman are placed right-center, left, and top left. Superman in the right-center is Johnathon Kent, he takes over for his father, Clark. Superman on the left wearing what looks like the Kingdom Come Superman suit is Clark Kent. Clark Kent has been rejected by earth and will travel to Warworld and compete in a Gladiator tournament to face Mongul. In the top left, we see a younger Superman and that could be Connor Kent or maybe DC Future will use Kong Kenan as a member of Teen Titans or Legions of superheroes. Jonathan Kent taking over for Clark Kent will be an interesting story.

A NEW BATMAN AND BRUCE WAYNE

Next, let’s look at Batman. When you look at the pictures posted of the series titles online DC Future State has two Batman series, Dark Detective and The Next Batman. Bruce Wayne will be the main character of the Dark Detective book but look at the other Batman. DC Future State book The Next Batman that will feature “The Øutsiders.” Batman and The Øutsiders is a story that recently came to an end. The Øutsiders team was led by Black Lightning with Katana, Signal(Duke Thomas), and Orphan (Cassandra Cain). John Ridley is writing “The Next Batman” and in August he was quoted saying “If I am writing Batman there is a 47% Chance This Batman is a Person of Color.” With that quote, we can speculate who The Next Batman is. My guesses would be first, Duke Thomas the newest member of the bat family as of DC Rebirth when he became Signal and was also a Robin during the “We Are Robin” series.  Luke Fox is my second guess. The son of Lucious Fox, Luke Fox is the current Batwing. Last, this could be a new character DC Future State is introducing or it could be a character like David Zamvimbi the original Batwing.

Other characters we see are Jo Mullerin from Green Lantern Far Sector, a Wonder Woman, Aqualad, and a member of the legion of heroes. There are two surprises from the picture above that DC Future State will bring back. The first, Grifter, a Jim Lee creation. Grifter is part of the WidC.A.T.S. team and is part of the Wildstorm universe. He was brought into the DC Universe officially as part of the New 52 era and made his return in Batman 101. The second surprise is Red X! Red X was introduced in the Teen Titans cartoon. Robin used Red X as an alter ego when the team was battling Slade in the first season. Robin disguised himself as Red X to trick Slade. We wouldn’t see Red X again until season three. Someone stole the Red X suit from Robin and wore it to commit crimes. For years fans like myself speculated on the true identity of Red X however, we never got an answer and now we will find out. Also, Harley Quinn, Swamp Thing, Aqualad, and Legion of Superheroes are in the picture on top. DC released the cover for the Future State Justice League book as well. Check out this link here for more information.

I’m a fan of all things DC Comics and it looks like 2021 will get off to a great start. DC Future State will give us fans some new stories to dive into but this makes the ending of Death Metal intriguing. I went to the comic book store and I check off the comics I want for my pull list. Hit me up on Twitter and let’s talk about it @HeiskellBrandyn. With 2021 coming up check out this article on the Snyder Cut of Justice League .