Looks like anime fans are about to be blessed us with another Original Anime based on a video game, as Dragon’s Dogma comes to Netflix. Set to release on September 17, the classic Capcom game will join Castlevania as another game Netflix has turned into anime. You can check it out on Netflix here. 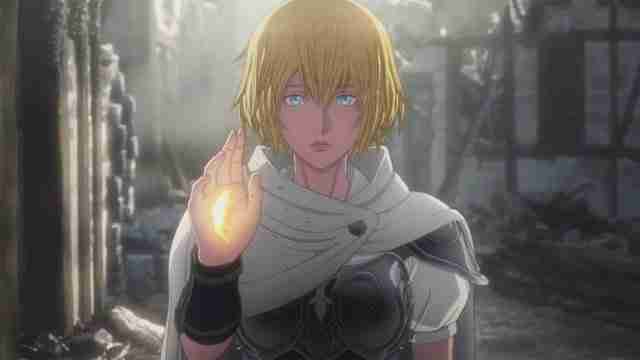 As a fan of anime, I am looking forward to see what Dragon’s Dogma is about. With Castlevania and the Voltron remake, Netflix has been done well with original anime content; especially remaking a classic series such as Voltron, or adapting a Video game with Castlevania. If this is as good as the others, Netflix will have another great anime to add to its impressive catalog.

Netflix has really gone out of its way to fill out their anime catalog with recently adding One Piece, a new season of Baki, Dragon’s Dogma in September, and hopefully before the year ends, a new season Kegan Asura. Looks like the animation style Will be CGI, so it’s going to look amazing. From the poster and screens shots, this is going to be great to see in action.

Lastly, I will say that I didn’t know that this was a video game made by Capcom, and I’m going into this not know anything about the story except the small synopsis provided by Netflix. For those of you that have played the game how excited are you? Let me know in the comments and check out this official tweet.

Only the Arisen can face the Dragon and defeat the apocalypse. Here's your first look at the anime series adaptation of Capcom's action fantasy classic Dragon's Dogma, arriving September 17th. pic.twitter.com/UxJMcUrsdp

Hideo Kojima Almost Made Project Similar To The Boys

Gran Turismo The Movie To Hit Next Year