Monorail Stories Review – Synchronicity of Relaxation and Tension Dead Space Remake Gameplay Trailer is Here! Gamevice Flex Launching October 25th Overwatch Is Officially Dead Funtasia Review. A Hard But Addictive 2D Racer
With Call of Duty: Black Ops Cold War on the horizon of being revealed soon on August 26th. It’s been revealed that the files for the upcoming title have been leaked through Call of Duty: Modern Warfare. As been reported by CODtracker & CharlieIntel. Additionally, artwork for the title has been leaked on twitter via BKTOOR_ and the pre-order bundles have been leaked as well. There will be three editions of the title. All three will equally give you access to the beta through pre-ordering and gives you access to the Frank Woods Operator in Modern Warfare & Warzone. Both the standard and cross-gen bundles equally include a Confrontation Weapons pack. Equally important, The Cross-Gen bundles of Call of Duty: Black Ops Cold War will include the base game and both editions (Current & Next-gen). However, it is of note that with this version. Activision does not intend to give you a free upgrade within this version. It’s intended for players to buy this version to equally cover the current-gen (PS4/Xbox One) going into the next-gen (PS5/Series X) within this bundle. Players will be able to access said content when it launches with those consoles. Also, The Ultimate Edition of Call of Duty: Black Ops Cold War comes with much more additional content and includes the Cross-Gen bundle as well. Included within the Ultimate Edition: If you are pre-ordering the Ultimate Edition here’s what you get now for Modern Warfare & Warzone. Included in this leak was some artwork that was found in the files. 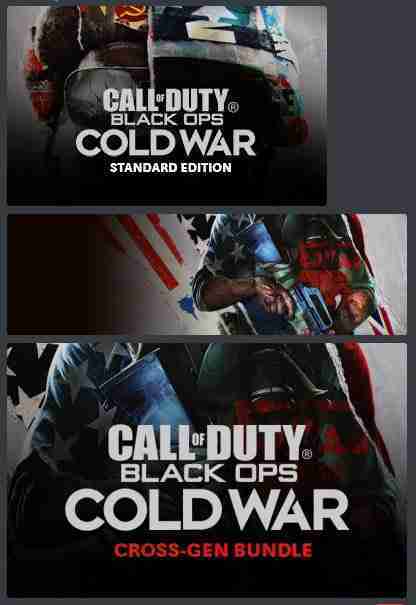