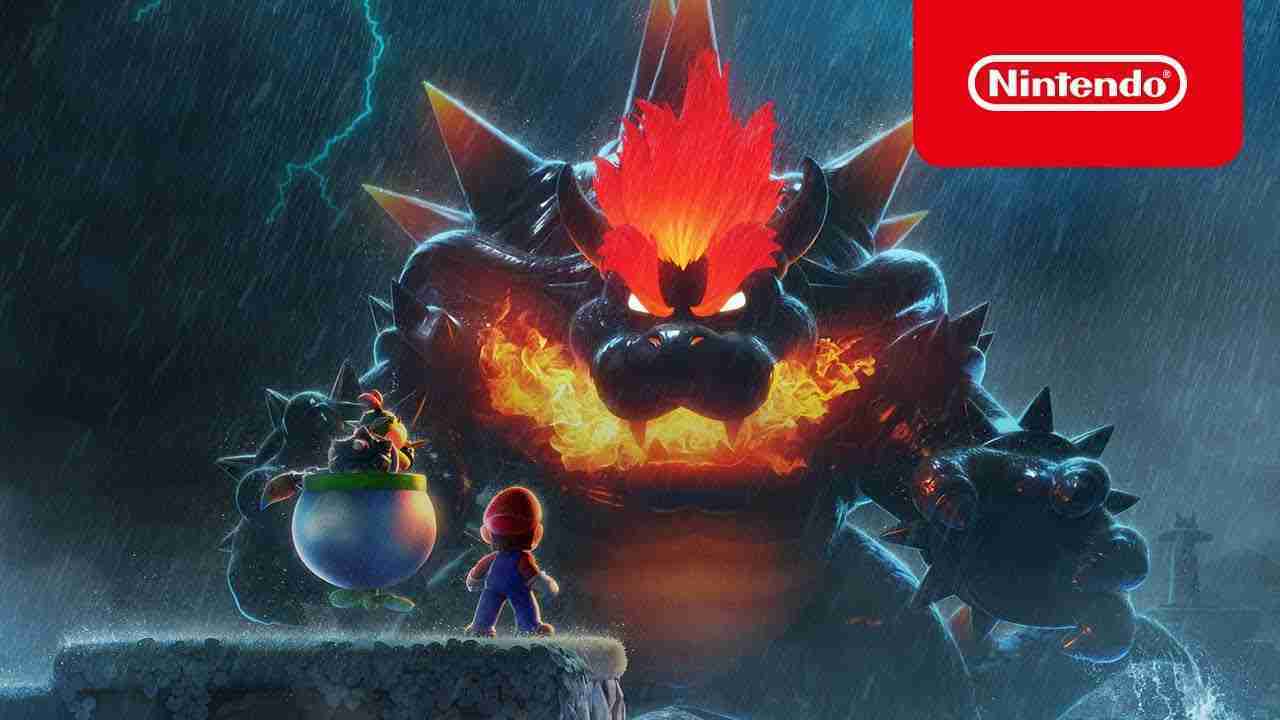 As seen in the trailer above the gameplay and camera angle looks like Super Mario Odyssey but have the gameplay mechanics of Super Mario 3D World. Such as the catsuit and Plessie. The expansion seems to take place in a sandbox world where Bowser Jr. is an AI companion on the journey.

The trailer culminates in what can only be described as a giant calamity Bowser awakening and wreaking havoc on the area. This leads to Mario running to a new power-up that transforms him into what I describe as a giant Super-Saiyan lion Mario form. The boss battle is sure to be epic.

What do you think? Leave a comment below. I for one have never been more excited to double-dip on a title.

Super Mario 3D World + Bowser’s Fury releases on Nintendo Switch on February 12, 2021, and will retail for $59.99. Nintendo will also release new amiibo on that day including catsuit Mario and catsuit Peach. Nintendo also clarified that the Bowser and Bowser Jr. amiibo will work on the game.

For more LV1 Gaming goodness, check out our YouTube channel and the most anticipated 2021 Switch titles (spoilers this game is on the list).